Fill your weekend with these events

If every weekend was a primer for the following weekend, how much excitement would actually escalate? What is the amount of excitement that would be the tipping point where our heads would explode? We’re not even halfway through July, and there is much more fun to come.

Here are more than 15 things to do this weekend. Plus, it’s only the tip of what else has to be offered, and there should be no boredom or complaining.

The Boilermaker is also this weekend, but there are no more registrations being accepted. This is a spectacular event for adults and children of all ages, and we wish all participants the best of luck. 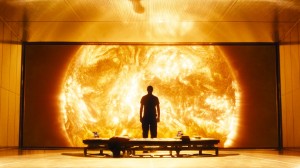 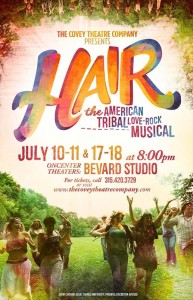 It’s the second Sunday of this so-far sensational summer month. Make your way down to Armory Square this weekend for brunch and some shopping. It’ll be a beautiful day to browse, buy, and support local vendors. 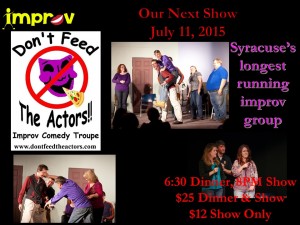 Our cover story this week highlights The Covey Theatre Company and their production of Hair. The four-night musical performances will be taking place at the BeVard Studio at the Mulroy Civic Center.

The film series continues this week with more gems to enjoy. If you have or have not seen these classic films, you should swing on down to catch them in a historic theatre and on the big screen — the way movies were meant to be seen.

The SIC is bringing their show back to Downtown Syracuse to the home base of the collective. The show is filled with Syracuse- and Rochester-based troupes that will live up to their expectations to “blow minds.” The all-ukulele Fugazi cover band, Fugulele, will be headlining and ending the show on a rebellious note or two. Bring a chair and maybe a refreshing beverage.

The Baldwinsville outdoor concert venue welcomes the Colorado bluegrass band and their openers from Saranac Lake. The progressive folk, bluegrass, string-driven show will definitely not disappoint.

This week Loren Barrigar & Mark Mazengarb will be headlining the outdoor concert held in Armory Square, in front of The M.O.S.T. The duo appeals to all ages and is a crowd favorite, considering their style, playing originals and jazzing up covers. Swing This! will be opening up. 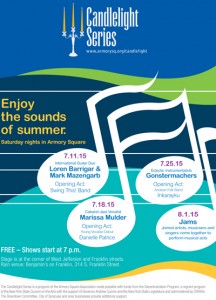 Don’t be surprised to hear singing and hear dancing feet if you’re driving through Tipperary Hill Thursday evening. Mere Mortals will be creating a stir beneath Coleman’s pavilion from 6 p.m. until dark. After their set, head inside to hear Tiger’s acoustic set

Once again, the team effort of Modern Malt and SKY Armory is holding its Thursday “Downtown Get-Down” to bring even more vibrancy to the Syracuse happy hour scene. Food, beverages, games, music … What more can you ask for?

The 39th Annual Sterling Renaissance Festival begins this weekend until mid-August. As always, there will be plenty of themed entertainment and events every weekend, rain or shine. Allow yourself to transport through time to bask in and enjoy live entertainment and talk to the personalities. There will be plenty of food and beverages to go around, so coolers with goodies are not allowed in. No pets allowed, but there is free parking.

The 8th Annual Lavender Festival will be taking place at Lockwood Lavender Farm again this year. Local artists and crafters will display and sell their wares, Kreb’s Chef Austin Johnson will be providing a cooking demonstration, blacksmith and wool shearing demonstrations, and much more. Pets are not allowed due to insurance reasons.

In the early 19th Century, northern New York was a beacon for French settlement. The weekend-long event featured a parade, marching bands, local groups and vendors, and Napoleon himself. (Really, the military and political leader had a home built there.)

The New York State Blues Fest will be shaking the streets again this year, and the lineup is filled with fantastic local and national acts. There will be a kick off (July 9), after hours parties (July 10 & 11), and a mini blues fest in The Boneyard (July 12) at Dinosaur Bar-B-Que. Here is the schedule: 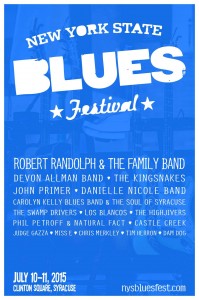 Traditional food, music, and entertainment can be found at this long-running cultural festival. Through the course of three days, enjoy many food courses

Up to bat with the Chiefs

Come out and thank all the volunteer firemen for their dedication and service to the communities throughout the county. A doubleheader will take place, making up a postponed game from April. Fireworks will light up the sky after the games.

Utility Man will be visiting NBT Stadium, performing and interacting and engaging the crowd. Chiefs players will be on the concourse from 5:30-6:15 p.m., signing team photos; 1,500 photos will be given away. Fireworks will be set off after the game.

Utility Man is back in action with his tricks, impersonations, and antics. Come dressed up in your best pirate or princess attire. 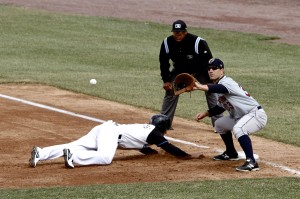 This weekend at the Fairgrounds