The Covey Theatre Company has been a shooting star, but one with a short arc. Everything will come to end in the next few months with three productions. The original drama Lincoln’s Blood will be presented at the New York Fringe Festival on Aug. 14 to 18. A revival of Lizzie Borden Took an Axe takes place in October at the Barnes-Hiscock Mansion (formerly the Corinthian Club) on 930 James St. And an all-star staging of the ultimate 1960s musical Hair at the BeVard will run two weekends, Friday, July 10, and Saturday, July 11, and July 17 and 18. 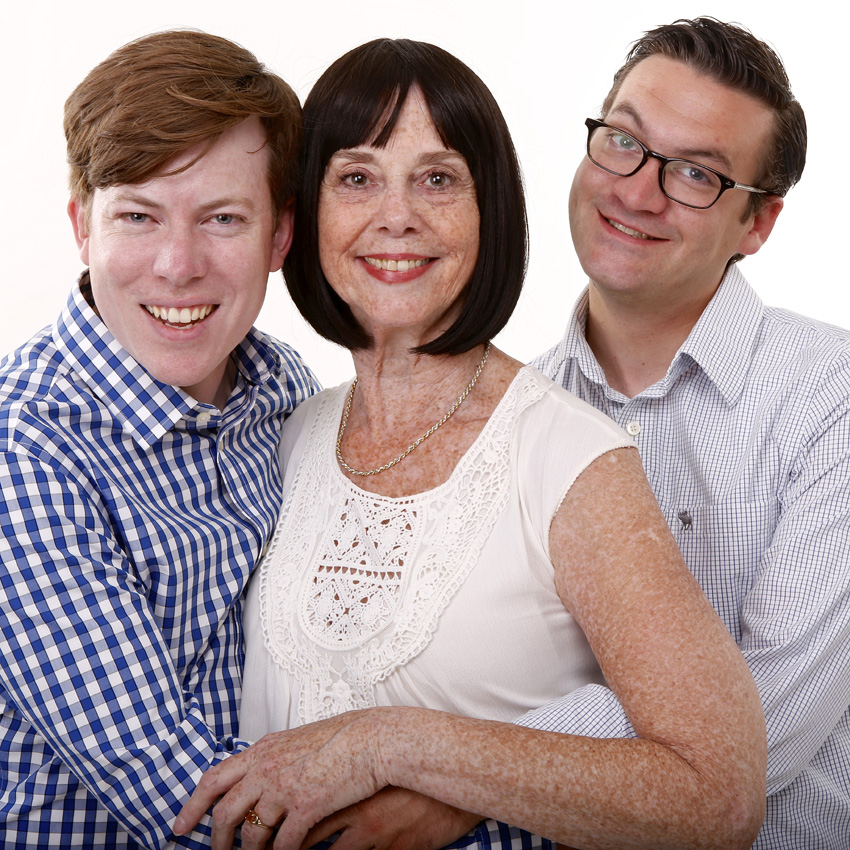 Covey is comprised of an unlikely but harmonious trio of 30-something Garrett Heater and Michael Penny along with Susan Blumer, a svelte and stylish grandmother. Heater is the most public face of the company, giving the curtain speeches, directing and writing shows, and occasionally appearing in them. But Heater is quick to say how dependent he is on his co-equals.

The somewhat cryptic name of Covey reduces his profile and allows the company to be shared by Penny and Blumer. The secret behind the name is that it comes from the Covey Run Winery in Washington state, whose riches the triumvirate was imbibing when the venture was launched. 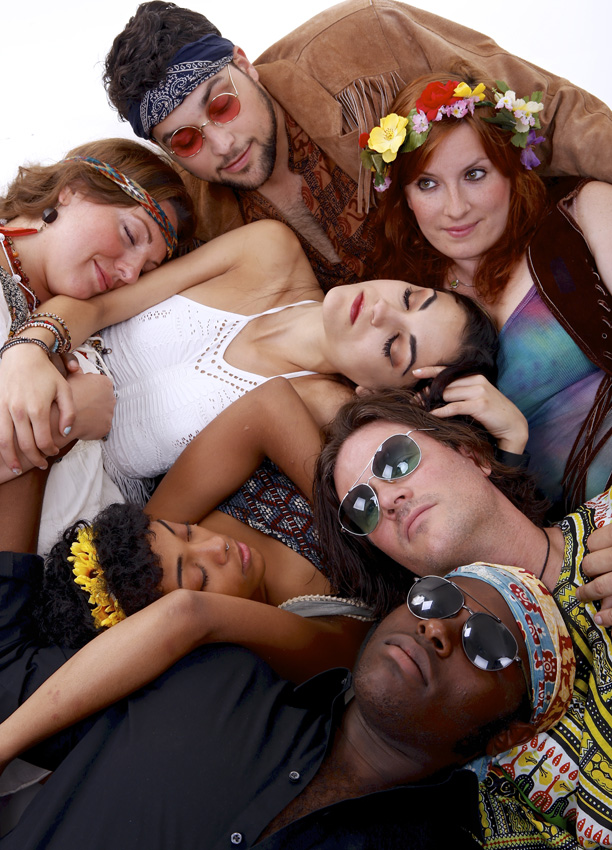 Penny, a Heater pal who grew into a life partner, is listed as producing director. Often that means he is the company money man. High production standards signal that no Covey show ever looks done on the cheap, and yet the program contains no list for the names of prominent donors and carries few ads. Corporate sponsors are not thanked at the curtain. Fundraisers are uncommon, last year’s revival of Jimmie Wachter’s astounding Colour Me Barbra being an exception. An even better testimony to Penny’s management is that Covey has twice entered the New York Fringe Festival, usually a prestige-winning loss leader. But the three partners came back home in the black.

Blumer, often Susie rather than Susan, was previously associated with the Baldwinsville Theatre Guild, where a 20-ish Heater served part of his apprenticeship. Programs often cite Blumer for stage properties, which means she is also a producer. If some character in a Covey play is supposed to be reading Kant’s Critique of Pure Reason, you can be sure that a copy with its title visible will be displayed on a coffee table. Blumer takes on multiple tasks that run into one another: stage manager, box office and also house manager, ensuring audience comforts. She co-wrote the holiday show All I Want for Christmas is . . . (December 2013).

At its inception five years ago, Covey looked like a second edition of John Nara’s Simply New Theater for its judicious use of the BeVard space and a tradition of quality recognized at SALT Awards time. Heater, who recalls being blown away by Nara’s direction of Kiss of the Spider Woman (April 2007), made several impressive acting appearances in Simply New shows, notably Katurian in The Pillow Man (March 2009). It was under Simply New’s aegis that Heater asserted his distinctive directorial voice in town. 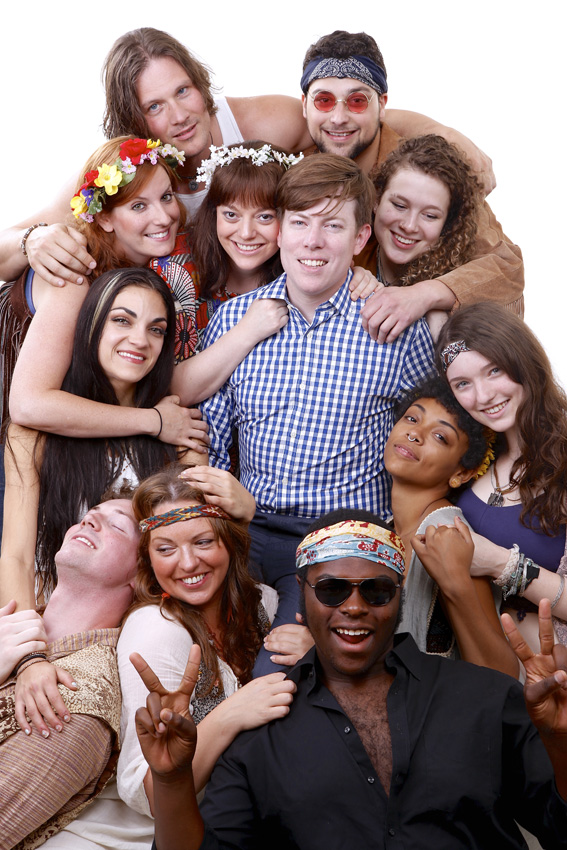 He had been directing in Baldwinsville as early as a memorable Pal Joey in 2004, but a production of The Importance of Being Earnest (August 2008) at Jazz Central, with Bill Molesky as a baritone Lady Bracknell, asserted a presence in town. Heater played Algernon and coached British accents, while Blumer was Miss Prism.

There had been plenty of drag Bracknells before, usually making the old girl just plain silly, a la Charley’s Aunt. What Heater and Molesky did was without precedent: a dour, menacing Lady. Heater, who also made the costumes himself, dressed her all in sepulchral black. What Molesky did was to create hilarity out of Lady Bracknell’s profound, saturnine disappointment with the absurdity in the world she finds herself. It was a bold, entirely unprecedented departure from tradition. The result has been one of the best-remembered, most often-cited community theater productions of the last 10 years.

Molesky, a polymath of theatrical lore and a demanding aesthete, made a natural ally with Heater and the burgeoning Covey Theatre. Although he worked with many companies in a breath-stopping variety of roles, Molesky never founded his own company — but if he had, it would have looked a lot like Covey. Molesky shared an interest in French playwright Yasmina Reza, whose God of Carnage he wanted Covey to produce in 2011 before the rights were available. Covey mounted the show last April. Heater and Penny still regularly drive to Florida to visit with Molesky.

Whatever the benign influences of Nara and Molesky, Heater and Covey both appear to be self-invented. Growing up in Baldwinsville, he was not taken on a pilgrimage to Broadway or Stratford, Ontario. Yet on his own Heater composed at age 10 an adaptation of Gone With the Wind, casting himself as Ashley. A VHS tape of Stephen Sondheim’s Into the Woods left him thunderstruck, Still, he did not appear on stage until he joined the chorus of Bye Bye Birdie for producer Holly Wilson’s now-defunct Theatre ’90 in the late 1990s. As a Syracuse University undergraduate he majored in music rather than drama, traveling to Italy for immersion in opera and, later getting an advanced degree in music. 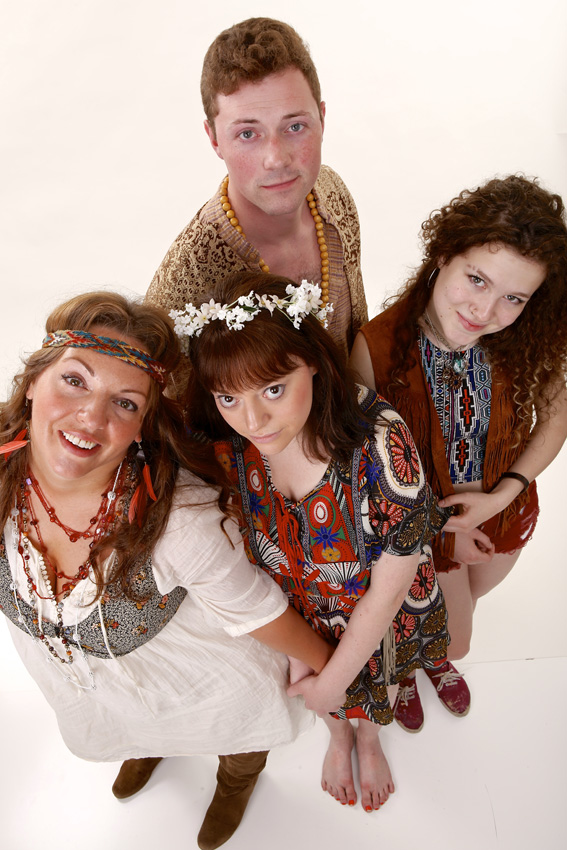 Music is Heater’s ticket to a rewarding day job in the Oswego public schools, and also marks yet another distinction from Nara’s Simply New. Not only have some of Covey’s biggest hits been musicals, but Heater himself revealed sonorous chops in occasional singing roles, such as Princeton in Avenue Q (July 2012) opposite Sara Weiler‘s Kate Monster.

Covey’s farewell to the BeVard Studio is a revival of Hair, Galt MacDermot’s musical romp through the Age of Aquarius. It marks the first time Hair has been mounted on a Central New York stage in a generation. Leading local players have been vying for roles.

Covey’s debut in November 2010, with the premiere of the original drama Lizzie Borden Took an Axe, caught many people by surprise.  Since 1990 there have been about 25 locally written stage plays, but the few box-office successes were either musicals such as Pat Lotito’s long-running Dickens of a Christmas or comedies like Jeff Kramer’s box-office hit Lowdown Lies (June 2007), developed in workshop with Armory Square Players.

Lizzie, in contrast, seemed to come out of nowhere, a weighty, “well-made” drama that might have appeared in the generation of Lillian Hellman or Maxwell Anderson. While never pedantic, the dialogue gives evidence of the playwright’s diligent study of the 1892 Fall River murder. And as often as the story had been dramatized, Heater had a startling new and plausible theory of the murder and acquittal, never revealed in the press.

More importantly, he created juicy roles with dialogue that told only part of the story and a performer’s craft fleshed out the subtext. An auteur of the stage, he stitched all the costumes and selected the performers to fill them: a smoldering Jodi Bova as Lizzie, Kate Huddleston cast against type as the bitchy mother, and Carmen Viviano-Crafts as the cool, enigmatic sister. Its restaging at the Barnes-Hiscock Mansion in October will be Covey’s last act.

It’s not simply that Lizzie was a success. It was later performed at the New York Fringe Festival and in the Borden hometown of Fall River, Mass. More remarkably, it created an audience for new works.

Heater’s subsequent plays were very different but all drew strong crowds. The Romanovs (November 2011), another costume drama, gives a sympathetic portrayal of Nicholas (David Witanowski), the last czar. Playing God (November 2012), the only comedy, depicts three disparate writers (Karis Wiggins, Darian Sundberg and Louis Balestra) cajoled into cooperating on the same book. And Lincoln’s Blood (November 2014), the most ambitious of the four, interweaves stories of the effect of the president’s assassination on three people: Lincoln’s widow (Kate Huddleston), the landlady of the conspirators (Karis Wiggins) and the guilt-ridden guest (Darian Sundberg) at Ford’s Theater. 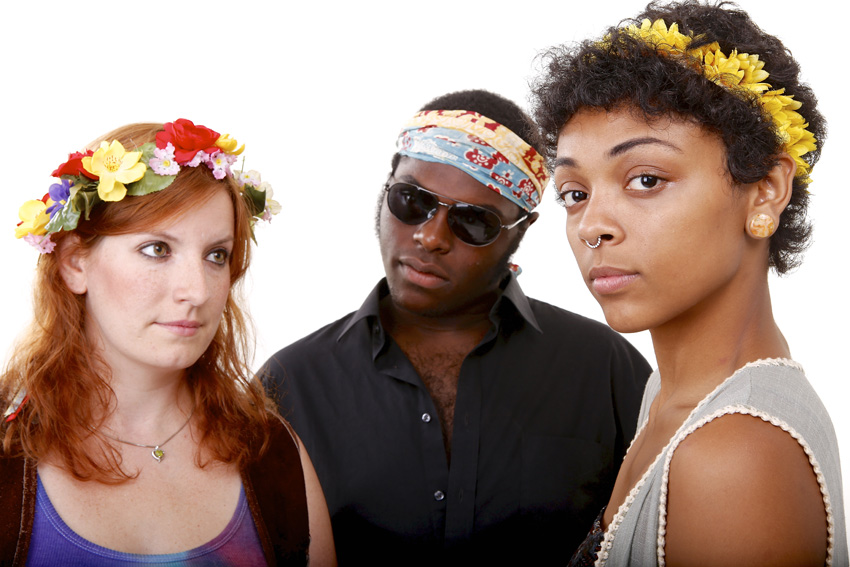 Covey appears to have been free of the sturm und drang endemic to other companies. Veteran player Michael O’Neill recalls with pleasure appearing in Yasmina Reza’s Art in summer 2011. The other two actors were Bill Molesky and Josh Mele, all older and more experienced than Heater and, in O’Neill’s words, “healthy egos.”

“He was thoughtful and organized about blocking, and had pages of little blocking charts to get us off to a flying start,” O’Neill recalled. Heater was always pleasant in listening to an actor’s understanding of the issue. On areas of difference, he would deliver a note in private, as opposed to calling out a performer in front of the cast. “In short, he’s a gentleman,” O‘Neill concluded, “an actor’s director.”

The three partners were agreed on a “five years and out” policy from the outset. When pressed, spokesman Heater is shrug-shouldered and philosophical. “I always wanted the Covey brand to be synonymous with quality, like an excellent bottle of wine. That goes hand in hand with how Covey got its name.” And some wines are only served in their time.