Credit Facebook for this: You find out in a hurry who your real friends are when you stand up for your beliefs — especially when those beliefs challenge the Global Fashion Police.

Such was my experience during a visit to Seattle last week to see my parents. At Northgate Mall, I was stopped cold by a rack of tastefully designed twill jackets paying homage to my hometown Seattle Seahawks’ amazing Super Bowl victory in February.

“Dude, that jacket rocks,” the salesperson said when I tried it on. I believe he was 12. 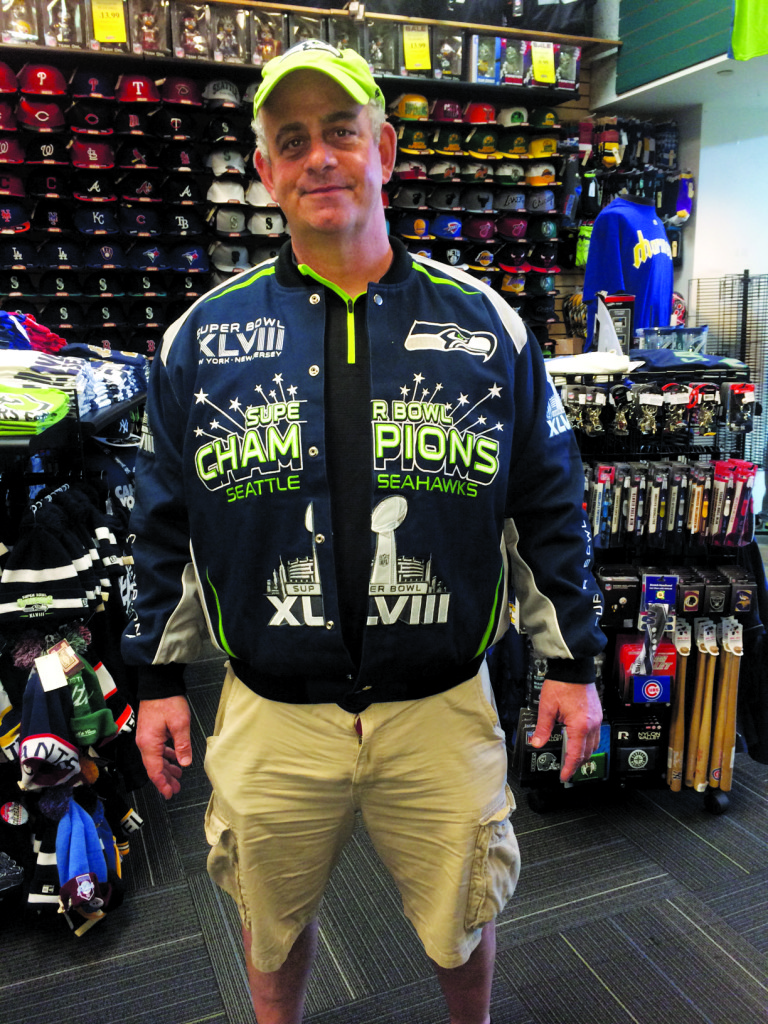 A minute later, my MasterCard was billed a mere $170. I handed the clerk my phone to photograph me in my new threads. Then I posted the photo on Facebook. I’ve never been happier.

Not for long. Dozens of comments, most of them negative, followed immediately. A side issue developed when a “friend” observed, “I think your fly is open.” I studied the photo. Sure enough the upper third of the Connective Corridor looked unfinished.

Most hurtful of all, my own personal wife, Leigh, led the digital witch hunt.

“Hard for me to express my feelings about that jacket … hate is much too mild a word. It’s like someone threw up Super Bowl all over it … again and again and again.”

I tried posting alternative photos of me in the jacket: Posing with my dear, sweet mother — with my zipper fully engaged — and at Ray’s seafood restaurant overlooking Puget Sound. I told my Facebook followers that the jacket made me feel reborn.

“So that’s the afterbirth on the front then?” a Bills fan posted. “Just kidding.”

“The Lombardi trophy on your hideous jacket looks like a penis,” a Kansas City Chiefs fan remarked bitterly.

Of course, the reaction in Seattle was far more tolerant, in part because the entire city is perpetually stoned. When I posed for the picture at Ray’s, other diners applauded. When I sauntered through the bar, a gorgeous young waitress not assigned to our table gave me a come-hither look and said, “Great jacket!” At Sea-Tac Airport, when I checked in for my flight home, an impressed United ticket agent said, “I hope you’re flying to Denver wearing that.”

But this is more than a story about regional sports loyalties. It’s about having the courage to be different in the so-called Land of the Free. Most likely, genetics are in play here. When he first met my in-laws years ago in Skaneateles, it became apparent that my dad was wearing a watch on each wrist.

He shrugged and said, “One for Seattle time, one for Syracuse time.”

In that spirit, my jacket is going mainstream. I wore it the other night to the Syracuse Press Club banquet at Drumlins Country Club to collect my first-place award for best column. In a room with actual human beings, away from all the Internet haters, no one criticized the garment. In fact, it commanded respect. “Nice of you to dress up,” a high-level suit for the other guys told me without a trace of irony. OK, maybe a trace. 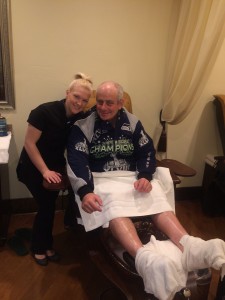 Sean Kirst, whose much-deserved induction into the Press Club’s Wall of Distinction was part of the evening’s agenda, also seemed eager to compliment the jacket. But for once, words failed him, and all he could do was laugh. Probably just pre-speech jitters.

A few days later, I celebrated my award with a Men’s Foot Treatment at Mirbeau, the tony Skaneateles spa. Yep, I wore the jacket there, too. In the calming foot bath parlor, no one judged me or my jacket. I felt at peace for the first time since The Purchase. As the soothing spa music and moisturizing foot mask carried me to a better place, a beautiful healing thought filled my being:

Anyone who doesn’t like my Seahawks jacket is a total loser.

A CRUNCH, AND THEN A KINDNESS
New Times Wins Awards
To Top