Onondaga County is, if anything, overrepresented on the Moreland Commission, Gov. Andrew Cuomo’s blue ribbon panel charged with getting to the bottom of the cesspool in Albany and figuring out what’s causing all the stench. 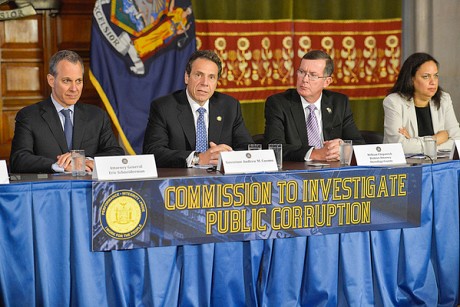 The commission came out with its first report last week, surprising many by suggesting that public financing of campaigns might be among its prescriptions for improving the way Albany does business. Fitzpatrick entered the process opposed to public financing but something along the way, possibly the sheer volume of legalized bribery going on at the Capitol, persuaded him that we need a radical change in how we pay for political campaigns.

There is a more radical proposal that the commission never touched upon: Simply require that lawmakers, once we hire them at a full-time salary, work for us full time.

The commission acknowledges that we need further disclosure about outside employment and income sources, but I am suggesting the need to go beyond knowing for whom else they are working and insist that they work only for us.

Part of the gross income gap in our society (which was briefly on President Barack Obama’s list of talking points last week) is the notion that people who take jobs in politics are somehow suffering. You hear politicians talk of the enormous sacrifice they are making to be in “public service.”

This kind of whining comes most notoriously from folks like the Clintons, who try to sound as if they were Peace Corps volunteers as they remember the days when they were earning only $400,000 a year plus room and board. You also hear congressmen earning $165K (not any of our locals, to be fair) whining about how hard it is to put their kids through college. You have to wonder if folks who can talk like this have any clue about the lives of the people they seek to govern or represent.

The members of the New York State Senate and Assembly earn $79,500 for their labors, and they can tack on some pretty good premiums for perks associated not with hard work but with longevity in office and backing the right horse. They get paid to drive back and forth on the Thruway and to put themselves up in an Albany hotel when in session. Their meals are covered. In short, they have it much better than most of the people they represent. (Onondaga County’s average household income ranges in the mid 40s; in Syracuse, it’s south of $30K). 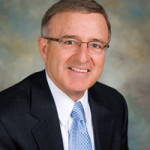 Locally, we have two state senators from different political parties with very different takes on the matter of outside employment.

Publicly available disclosure forms indicate that state Sen. John DeFrancisco, of Syracuse, ranks among the wealthiest members of the upper chamber, his well-connected law firm and real estate holdings earning him a hefty outside income.

On the other hand, state Sen. Dave Valesky, of Oneida, is on the record saying that he can’t imagine how one could carry out the responsibilities of his Senate office while running a business on the side. Valesky, it should be noted, regularly supplements his Senate salary by playing the organ on Sunday mornings at his church, thus reinforcing his choir boy image and pocketing $500, some years. (You can’t make this stuff up). We hope the good people of St. Patrick’s, in Oneida, are getting their money’s worth.

Last time around, Valesky’s Republican opponent was the internationally renowned concert pianist Andy Russo. We can only dream of a rematch in which the two candidates forego a debate and instead treat the voters to dueling versions of “Chopsticks.” But we digress. 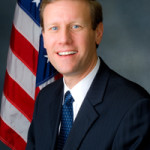 The Moreland Commission is certainly not going to recommend that legislators don’t hold outside jobs. This is not something government can fix, but it is a change that voters can insist upon. You would be hard pressed to craft a legislative prohibition that would keep one guy from running a major law firm and still let the other guy play his piano at church.

It’s often said, but nonetheless true, that you can’t legislate common sense. That’s why we have the ballot box.