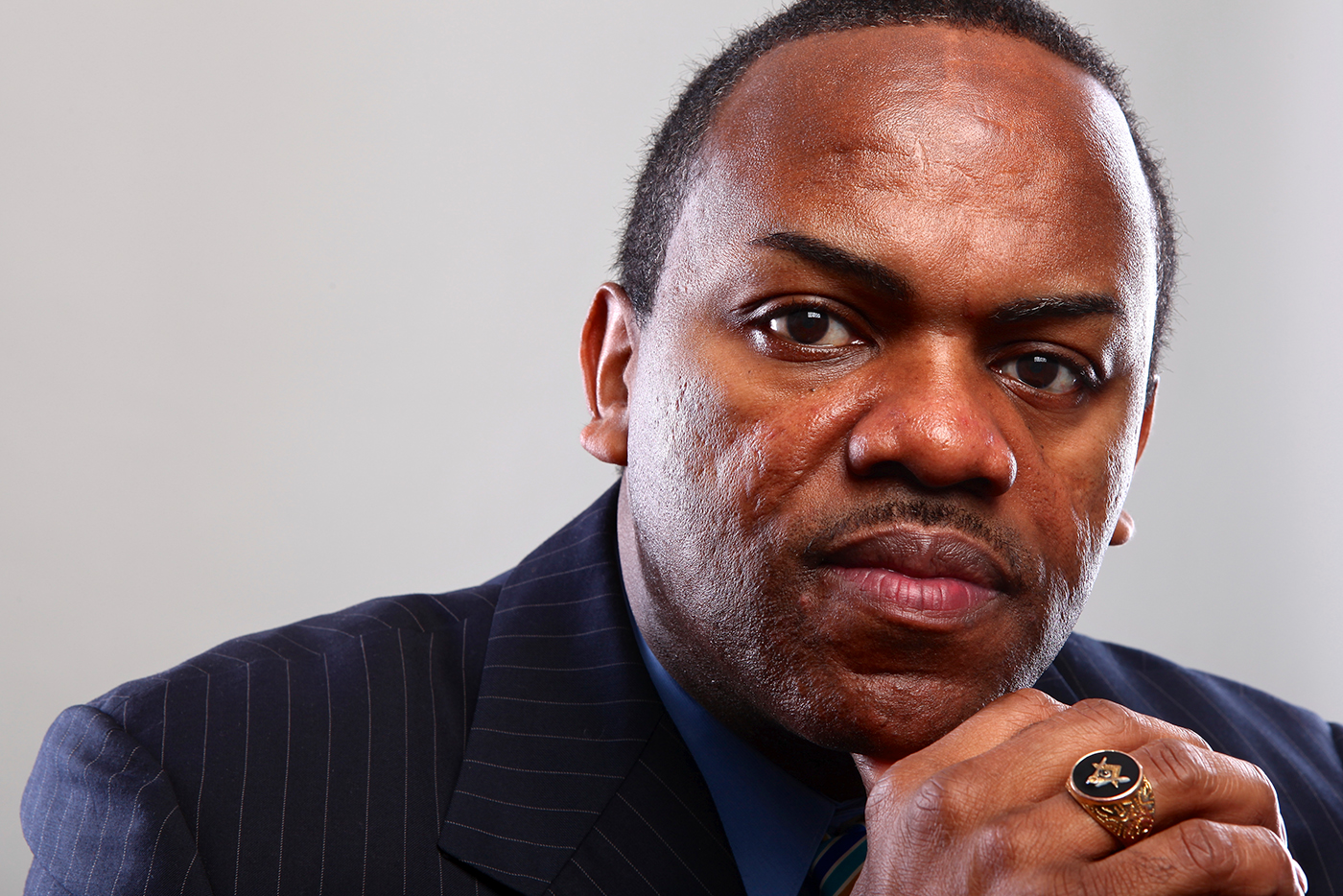 Mayoral candidate Alfonso Davis has solutions for his hometown.

Alfonso Davis netted 25 percent of the vote running in the 2013 mayoral primary against incumbent Stephanie Miner. (Pat Hogan was also in that race.) Four years before he had logged 11 percent against Miner, Joe Nicoletti and Carmen Harlow.

In mid-December he announced he was running again. “This time I’ll win,” Davis says calmly. “People are tired of the status quo.” 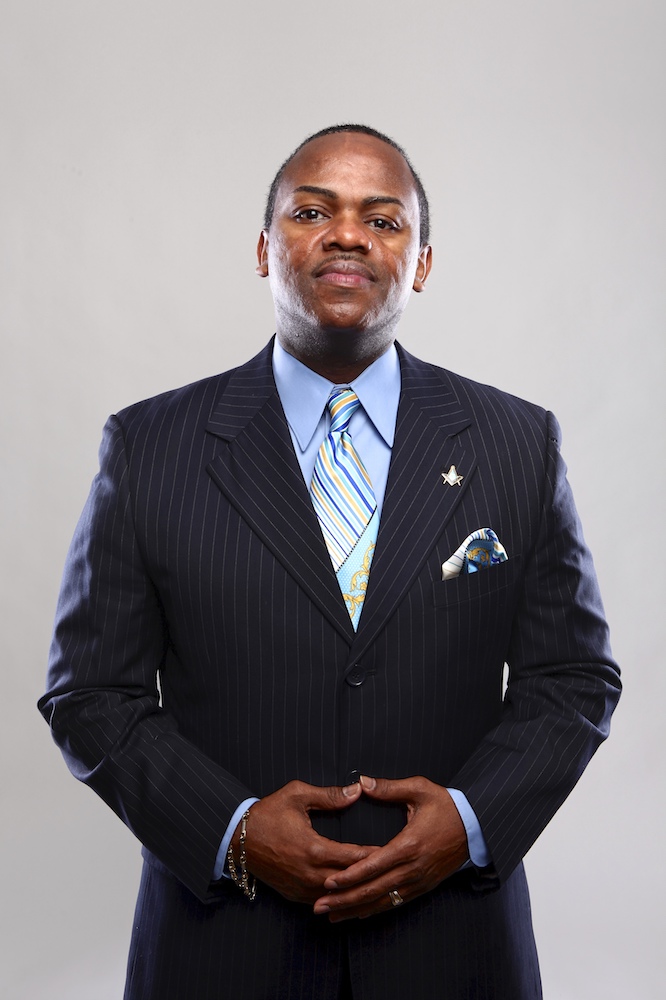 Four years ago, he recalls, his support was heavily from the East Side. “There was low turnout from the communities of color,” he reflects, adding that his early start this time will enable him to get people registered. If successful, Davis would be the first Syracuse mayor from those communities.

He is not, however, looking past the September primary. “In order to see my name in November,” he reminds people, “you’ve got to vote in September.”

With a potentially crowded field of Democratic candidates, Davis notes his biggest challenge, aside from the crucial task of raising funds, will be getting people who feel disfranchised out to vote. With a degree in elementary education from SUNY Oswego and human services from Onondaga Community College, having worked in the Syracuse City School District and the Syracuse Housing Authority, and with tenure as a certified AIDS educator, Davis knows those people whose votes he is seeking.

Currently a financial services representative for MassMutual Central New York, Davis helps people interested in where they are and where they would like to be with their financial matters. The first thing he would do as mayor, he says, would be to sit down with representatives of the local small business community to see how they feel his administration could help them. “And,” he emphasizes, “how they can help me.”

A visionary is someone who sees the city in its entirety. I am a person who is willing to bring new coalitions of people to the table and I understand the power of planning with purpose. This means I will work block by block, neighborhood by neighborhood, to effect real and lasting change for our city.

I believe that a city’s greatest asset is its people. As a visionary I will not be afraid to tackle the tough questions nor fail to ensure that city residents are always valued as stakeholders. For example, every successful American city has a thriving small business sector. With that being said, you have to support small businesses systemically from start to success.

Next, our children are our present and future. It is imperative that we have a comprehensive program in the city schools to create pathways from school to the workforce for those who are not college-bound, and to set up work opportunities so our children, once college-educated, want to return home.

As a problem solver, I plan to approach crime in our city by understanding that it is a multifaceted problem. We must fight crime vigorously, but know that we must do a few things in tandem to stop the cycle, such as creating job opportunities for those who are jobless and living in poverty, help those who have dropped out of school or fallen through the cracks, and make changes in the way things are done to erase the overwhelming sense of apathy and hopelessness.

Equally as important is the need for a plan to help spur economic growth to revitalize neighborhoods, strengthen our schools, and tout Syracuse as the heart of the region. Syracuse is centrally located and we are able to reach multiple metropolitan cities in six to eight hours, and this makes us an attractive place for business and tourism.

Also we have one of the greatest natural resources known to man: lots of water, which tastes great. How many products use water to be made? Why couldn’t those products be made right here in Syracuse? We also have world-class universities and colleges. The best and brightest are being educated right here in our own backyard.

A leader is someone who is approachable and people can relate to you, no matter their social, economic or racial backgrounds. I am someone who values diversity and knows it makes us stronger. I have a clear plan and I am committed to strongly lead but not afraid to empower others.

At this stage of the game, no. But can we collaborate to streamline certain services? Yes. But what I would not want to do is give up the autonomy of city residents and their ability and right to have a say in how the city is governed. Yet as public resources become more scarce, it is a question to be revisited in the future.

I am a product of the Syracuse City School District. I believe we have a good district overall. However, there are some problems and challenges. Yet I have chosen to invest my most precious assets in it: my children, all of whom attend city schools.

So this issue is an important one to me. But I must acknowledge that consolidation of districts is complex and many factors must be considered: how such a district would be constructed; which property values are to be used; and how resources are to be distributed. It is vital that city residents have as much input as possible into how their children are educated. The more you conglomerate, the greater the chance there is that city residents and their issues may be displaced, ignored or forgotten. 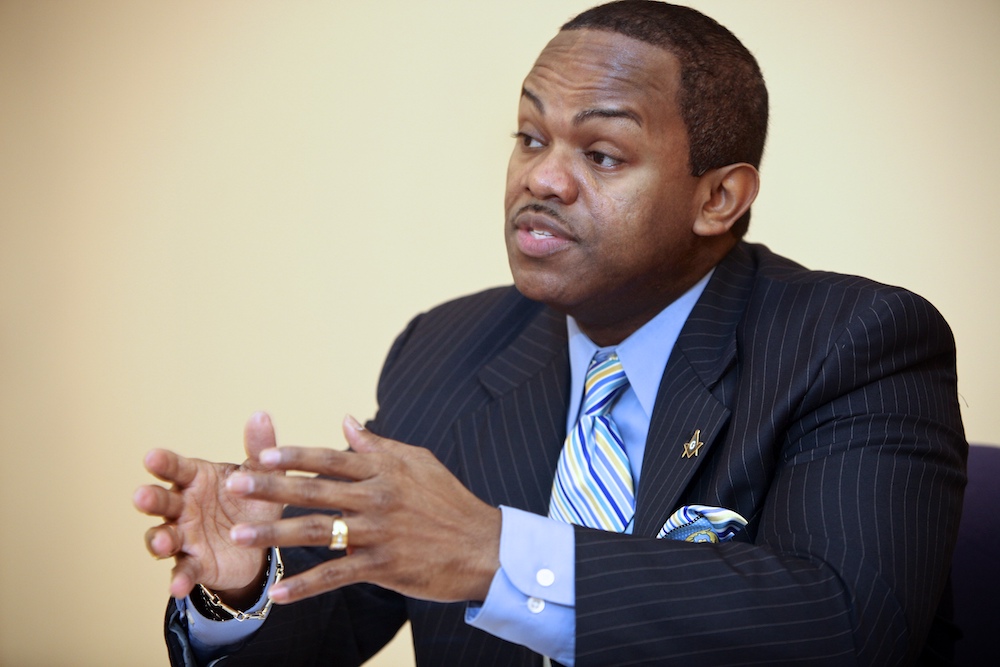 In 1957, when they constructed Route 81, the 15th Ward was completely dismantled. No one in that area was ever consulted or given a choice to decline it being done.

The 15th Ward was a very vibrant community that was predominately African-American. In speaking to my elders in the city, as well as my grandparents, the building of Route 81 is still a bitter pill. They feel they did not matter. Whether we tear it down and raise it another 10 feet or create a boulevard, the people who will be most impacted need to have a voice. We cannot allow history to repeat itself.

The other critical aspect of this issue is we know that it is going to be a $1 billion-plus project, and to not include the people of this city in terms of jobs, contracts and access would be devastating. Under my leadership, city residents would receive their fair share.

What needs to be developed in the center city? Who should be doing it and who should be paying for it?

When you say center city that must include the neighborhoods that surround downtown. Each adjoining neighborhood needs to be seen as a corridor to downtown, and must be developed. This means creating parallel business areas, revitalizing the housing in the neighborhood, and rezoning if necessary to ensure that these areas can thrive and grow.

Next, we cannot only create housing in the center city but businesses. This includes small businesses that are being driven away by unnecessary red tape as they attempt to set up shop or maintain a current business in downtown. Not to mention encouraging national companies to see Syracuse as a viable option to create new business hubs.

First we have to acknowledge that these communities exist. You cannot tackle a problem you fail to acknowledge. While we should not have needed to hear it from (Century Foundation professor) Dr. Paul Jargowsky, his report ensured it could no longer be ignored.

Being a person born and raised on the South Side, one of these poorest communities, as mayor, I would be open to using city dollars to create incentives for local businesses willing to hire and retain city residents as employees. Also, I would sit down with our biggest employers in the area to create recruitment programs for city residents with an emphasis on those who need jobs the most. In this way, there are collaborative efforts to create careers, not just positions, with an eye toward training and retention. Too often residents of these areas are seen as liabilities instead of assets.

Additionally, these communities must be allowed to participate in projects being done in the city at every level from entry jobs to being given the opportunity to win project contracts.