Professional Victims, featuring the husband-wife team of Ashley Cox and Shawn Sullivan, will celebrate the release of their third album on Saturday, Jan. 24, at Funk ’n Waffles Downtown, 307 S. Clinton St. Most of Fathom the Cosmos was recorded at the couple’s home studio during 2014, and mixed and mastered at Moletrax.

“On this album we tried to explore more time and space,” says Sullivan. “Our songs in the past averaged around 2 1/2 minutes, but we wanted to see where the songs could take us. We weren’t trying to write pop singles on this one, but those elements are definitely in there.” 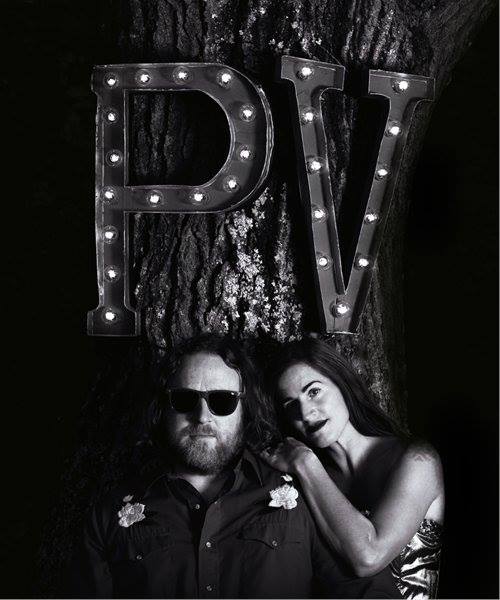 Professional Victims kicked off 2015 with a Jan. 8 gig at the Westcott Theater as the opener for Martha Davis and the Motels. “We’ve got a killer new website and our new CD to promote,” enthuses Cox. “We’ll just continue to push it, experiment with new sounds, performing locally and regionally while working on our next CD. This past year has been so enjoyable for me, performing with my husband. There’s always a little bit of stress here and there being in any band, but it’s been a lot easier now that it’s just the two of us. Shawn programs the beats, I play the melodies; it’s how we’ve been writing lately.

Cox is excited about performing on the same bill with Papership, which Shawn is in. “It’s a big sound,” she says. “The gritty alt-rock voice of Mark Romano tugs at my heartstrings, Joel (Reissig) kicks ass on the drums, I love Charlie Bell’s melodies on the keys. Huge fan of the lead guitar player (Mark Romano): He’s super dreamy. And there’s nothing better than watching (bassist) Al Smead on stage. The man is a legend.

The couple already know their dining choices at the new venue. “I want to try the falafel waffle,” says Cox, “Shawn will have the Sailor Jerry Rum Waffle.”