Mark Romano was a late bloomer when it came to mastering guitar. “I always wanted to play,” the Papership musician recalls. “I tried drums. I was a failed drummer. I couldn’t get it right.”

It wasn’t until Romano was 22, back when he attended SUNY Oneonta to study music industry (he graduated in 1999), that he picked up a guitar himself. “My roommate played guitar and taught me the seven basic cowboy chords,” he says. “And now Papership is the first band I’ve been in.”

For a first go-round at a band, Romano hit the jackpot. Papership started playing in 2007, as the right set of players eventually fell into the fold. The lineup of close friends includes Alan Smead on bass, Charlie Bell on synthesizer and keys, Joel Reissig on drums, Shawn Sullivan on guitar and Romano on guitar and vocals.

Romano says the band has finally hit the sound he was looking for from the beginning. “On the old tapes, you can hear the ideas of what we wanted to become,” he says. “How that happened was all by chance. We haven’t planned anything.”

The group often hits the road for gigs in Brooklyn, Utica, Rochester and Buffalo. But on Saturday, Jan. 24, they’ll rock the new Funk ’n Waffles Downtown with Professional Victims for an extra-special occasion: Both bands will be celebrating a CD release that night.

Self-described as trash-pop garage rock, the nearly negative title fits the band to a T. Although Romano only played acoustic guitar prior to Papership, the crunch of electric guitars defines the group as lead lines and keys riffs mingle and dance around one another. Full of conviction, the lyrics are real, and the rhythms are driving. 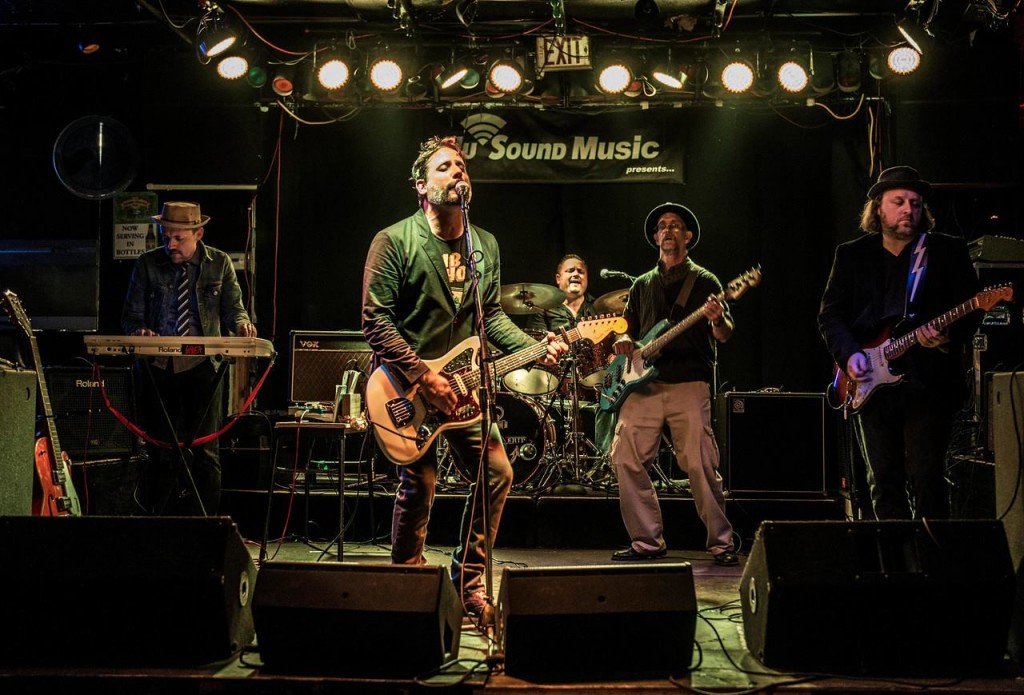 Romano promises that infectious pulse will beat throughout the Saturday showcase. “We keep it fun and upbeat,” he says. “We keep the energy going and play our hearts out every time.”

The band has recorded two albums and played local shows, yet Romano admits they’ve been under the public’s radar, a fact Sullivan quickly pointed out upon joining. “Shawn said, ‘You know, the songs you have up on Reverbnation aren’t with the same people,’” Romano remembers. “I said, ‘We’re underground, man.’ He said, ‘Yeah, deep underground.’”

Romano’s now ready to bring the band to the surface. “We spent a year and a half trying to make a previous recording painstakingly perfect,” he says. “Then Shawn joined (in summer 2014) and made us different again, so we scrapped that project. We worked a few weeks on something and I realized: This is how I want to record. It’s way better to work off the cuff. I try to do everything in one or two takes. It’s hard to give emotion on a song 20 times.”

In November the band hit Moletrax, working with sound engineer Jeff Moleski to capture the enthusiastic, raw sound, and whipped through the record. Around the same time, Professional Victims’ new album wrapped at Moletrax. Sullivan, who is in both bands (Professional Victims also features his wife, Ashley Cox), suggested the double CD release party.

Although Romano keeps a sales job during the day, the more the band grows, the more his passion does with it. “If I just worked during the day and watched TV at night, it wouldn’t be fulfilling,” he says. “Music is such a big part of my life. It’s a lot of hard work, but so rewarding. And this is the tightest unit we’ve ever had. We hang out even when we’re not playing. That’s rare.”