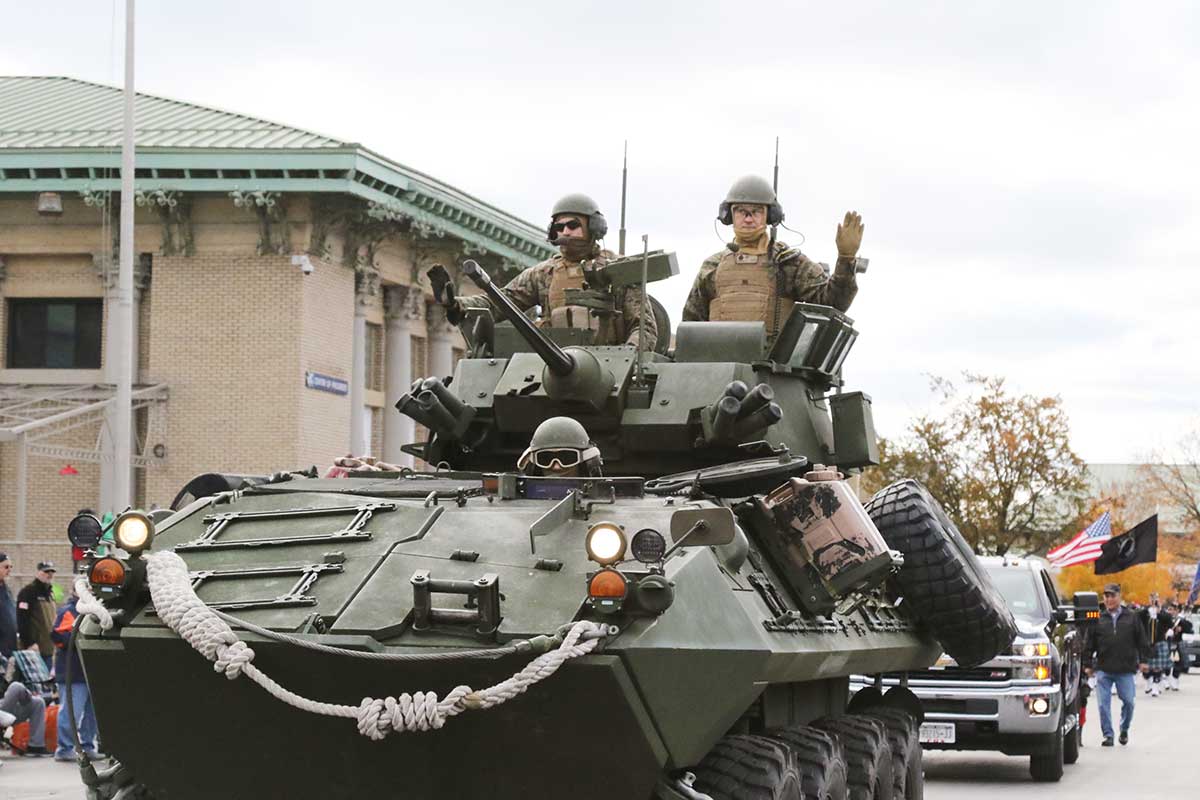 The CNY Veterans Parade and Expo will hit the fairgrounds on Saturday, Nov. 10, to honor veterans and celebrate the centennial of the American Legion.

We pass by people every day: Some are strangers at the grocery store, others may be friendly neighbors. But what parts of their story are you missing? The Central New York Veterans Parade and Expo aims to bring awareness to hidden military heroes in our communities and thank them for their service.

“We find that a lot of veterans don’t really know what benefits they have, even the more recent veterans,” said Mark Burns, president of the parade board. “This really gives us the chance to highlight all of it to them.”

The Veterans Parade was started in 2008 by 129th District Assemblyman William Magnarelli (D-NY) after noticing low turnout for existing Veterans Day events, said Diana LaMattina Abdella, a coordinator for the parade. Abdella has been working with the parade since its original founding.

With only a few months of prep work, a small set of volunteers and government employees were able to organize a parade down Salina Street. The event moved to the fairgrounds in 2011 to accommodate the growing turnout; Burns said 7,000 people came last year. The expo is now organized by its own 501c3 nonprofit, Abdella said.

The day begins with a breakfast fundraiser served by and benefiting American Legion Valley Post 1468. A parade, based on classic military-style marches, will run through the fairgrounds at noon, with military vehicles, high school marching bands, local military units and more.

“It’s interesting watching (kids’) reactions to the humvees and military vehicles, and some of the pictures of past military events, and figuring out how to thank them — a card or a picture,” Abdella said. “It’s amazing how much children really understand that sense of gratitude and enjoy participating.”

The nonprofit also regularly partners with Le Moyne College and Syracuse University to organize volunteer opportunities. About 40 students will be helping with setup and distributing programs, Burns said.

Meanwhile, nearly 100 vendors will be on site in the Center of Progress Building for the expo, including a special exhibit by the American Legion in commemoration of the organization’s centennial. The cause began after World War I and has swelled to more than 2 million members and more than 13,000 posts globally.

To honor the milestone, the parade board chose Rena Nessler, of Geneva, to be this year’s grand marshal. Nessler is a Navy veteran and commander of the New York department of the American Legion — the first woman ever to be elected to the post in the state.

“When we decided it was going to be the 100th anniversary of the American Legion,” Abdella said, “the first thing that came out of everyone’s mouth was ‘Ms. Nessler.’ She’s so dynamic within the American Legion community. She’s a fabulous choice.”

Also new this year will be a preview screening of The Lost Tapes: Tet Offensive, part of the Smithsonian Channel’s ongoing TV series and presented in conjunction with Spectrum Cable. The documentary chronicles the fight to reclaim the city of Hue during the Vietnam War after members of the Viet Cong and North Vietnam occupied it during a surprise attack on Tết, the Vietnamese New Year. The production features rare, and in some instances never-before-seen audio and 8mm film recorded by soldiers during the war.

Abdella said seeing local veterans is a major reason why people should come to the expo. “These veterans don’t ask to be identified as such, so this is really the one day of the year we get to come out and thank them for their service,” she said.

Burns, who served on active duty in the Army for more than 20 years, said it’s humbling to watch older veterans mingle with newer generations and is a reminder to stay connected to your community.

“Hollywood has played up veterans and people who have served in the military as something different,” he said. “But you’d be surprised to see we’re just like everybody else. We had a job to do and did it, then returned to this community to help make Central New York greater.”