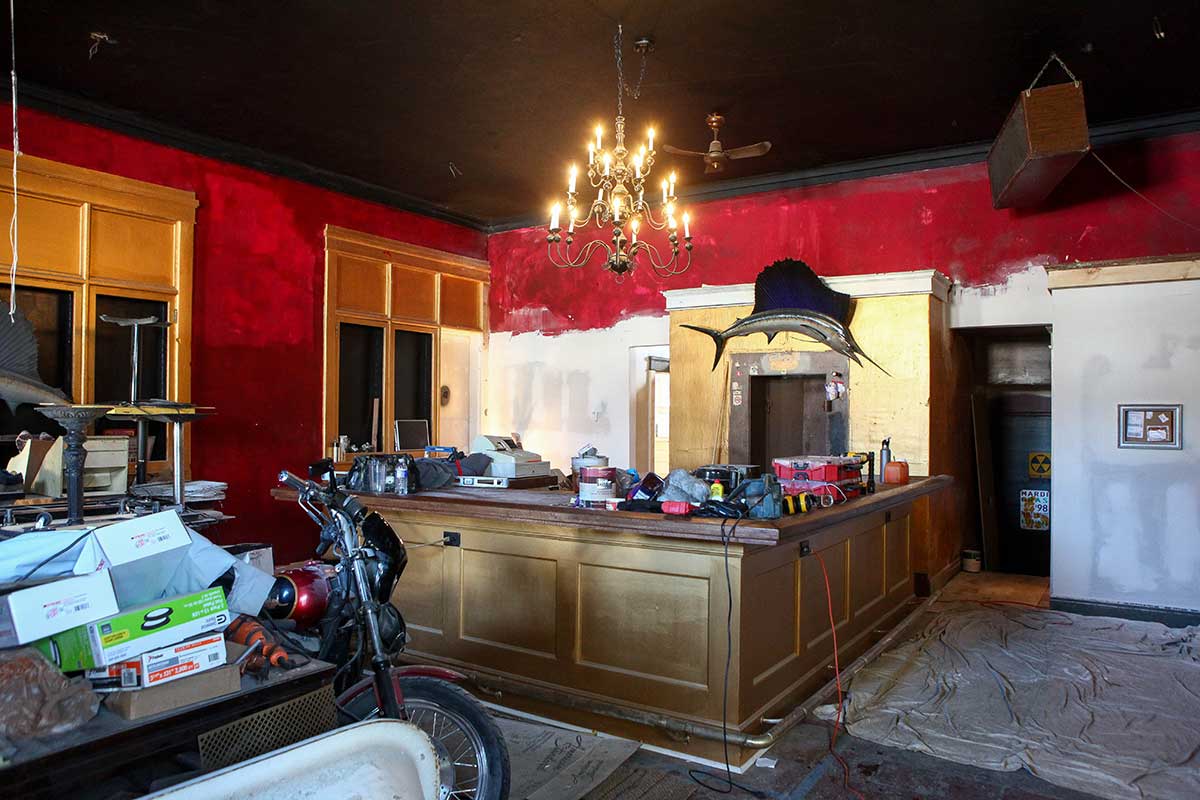 Owner Jamie Crouse is renovating former old-school dive bar The Remedy on Seneca Turnbike and bringing it back as The Night Drop.

If you drive Seneca Turnpike regularly, you might have noticed signs of life in the brick building near the corner of Valley Drive that for many years was home to The Remedy. Jamie Crouse is working to renovate the place and bring it back as a neighborhood bar called The Night Drop.

Crouse hopes to have the place — at 363 W. Seneca Turnpike, across from Gannon’s Ice Cream — open sometime in May. “I want to make it the coolest place on this side of town,” he says.

Crouse, 54, a native of Syracuse, is a chef, artist and builder. He got his start in the restaurant business at Bellevue Country Club while a student at Corcoran High School. His restaurant and life travels have taken him to Cape Cod, Maine, Texas, Florida, New York City, New Orleans and other cities.

In Syracuse, he worked as a chef at Pastabilities and Alto Cinco, and helped to open downtown’s Otro Cinco on Warren Street. His artwork includes a heart with wings, made from aluminum cans and flattened bottle caps, which is prominently displayed at Pastabilities.

Crouse was living and working in New Orleans in 2016 when he learned The Remedy, an old-school “dive bar” in the Valley, was for sale. He looked at photos online and even though the place was “unkempt” and in need of an overhaul, he could see its potential. “I immediately saw a picture of what the place could be,” he says.

For years, The Remedy was co-owned by Syracuse sports legend Tom Coulter and Bruce “Spike” Nulle. The building, originally constructed as the Bank of Onondaga, had been Murphy’s Valley Drive Pharmacy when they took it over in 1973. They closed The Remedy in 2015 and essentially locked the door on it, Crouse says, leaving a time capsule of bar furnishings and ephemera.

Crouse paid $70,000 for the building and began the process of cleanout and demolition, peeling back layers of carpeting and linoleum, removing the bar and ripping apart two decrepit restrooms that hadn’t been updated in years. “You really don’t know how much work something is going to involve until you get in there,” he says.

Progress on The Night Drop came to a standstill in July 2016, when Crouse had a motorcycle accident at the intersection of Midland and Ostrander avenues in Syracuse. He doesn’t remember the accident and doesn’t know how it happened, but believes it may have been caused when a car door opened in his path.

Crouse spent three weeks in the hospital and had several surgeries, including surgery to restore his balance. Almost three years later, he reacts to loud noises and bright lights. He has been living at the tavern and during a recent visit stepped down the street to Broadway Cafe/Arctic Island for a cup of coffee and to get away from the work site noise. 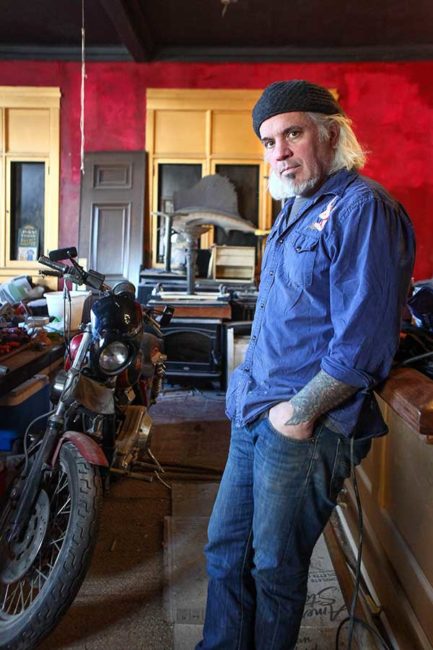 Jamie Crouse, 54, a native of Syracuse, is a chef, artist and builder. (Michael Davis/Syracuse New Times)

Crouse started collecting disability benefits because he has been unable to work. He was awarded retroactive back pay, which he is putting into the tavern and its makeover. He has his fingers crossed for opening in May.

Progress is being made in small steps. Contractors have been at work on the electrical and plumbing infrastructure. The bar itself is in and painted a deep gold — a good fit, Crouse thinks, for a building that was originally a bank. It includes a repurposed bar rail and brass foot rail from The Remedy. A chandelier in the ceiling adds a touch of elegance to the work zone.

The Night Drop’s name is a reference to the practice of depositing money in the bank after normal banking hours. Crouse says the bar will seat about 16 people. High top and low tables will seat about 40 more. He plans to have a pool table and has designated room for a small stage, but isn’t sure if the city will allow him to have entertainment.

The Remedy was known as a no-frills “beer and shot bar,” but Crouse plans to have wine, craft beer and spirits. A limited amount of food will be available: soups and paninis, perhaps, and meat and cheese platters for sharing.

Lots of people travel Seneca Turnpike each day, Crouse says. His goal is to create a welcoming, inclusive place where people want to stop in for a drink — and come back often.

“Everyone goes to Armory Square,” Crouse adds. “I hope people get adventurous and come out of their comfort zone.”