The Everson Museum of Art’s current show appeals on several levels. Prendergast to Pollock: American Modernism from the Munson-William-Proctor Arts Institute is an exhibition with depth, skillful discussion of changes in art in the United States over a 40-year period, and strong individual works.

The exhibit is drawn largely from the Utica venue’s permanent collection and supplemented by pieces from the Everson’s own collection. Munson-Williams-Proctor benefited from the generosity of Edward Wales Root, who donated 227 20th-century American works to the museum. He was a voracious collector whose contacts with artists and galleries led to numerous purchases, to ownership of works by Edward Hopper, Jackson Pollock and others. He was fond of Charles Burchfield’s watercolors and bought 21 of them. 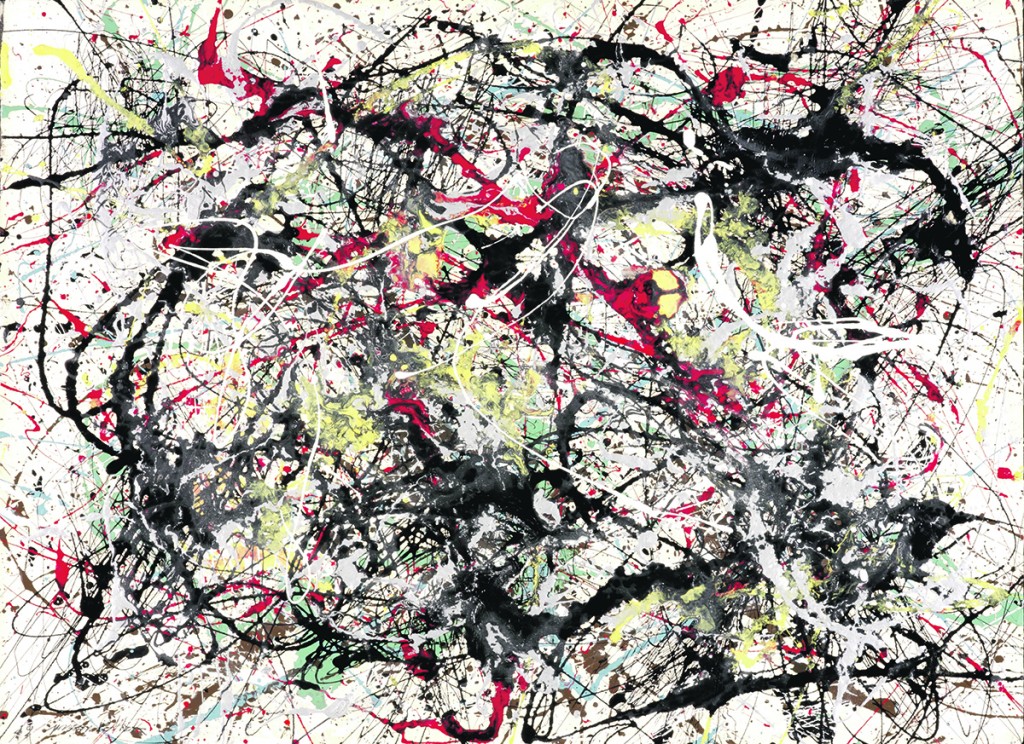 Yet the exhibit includes artworks by those three artists but doesn’t showcase them. It takes a broader approach, preferring to fully explore artistic trends. Some of the most interesting pieces were created by artists who aren’t particularly well-known today. 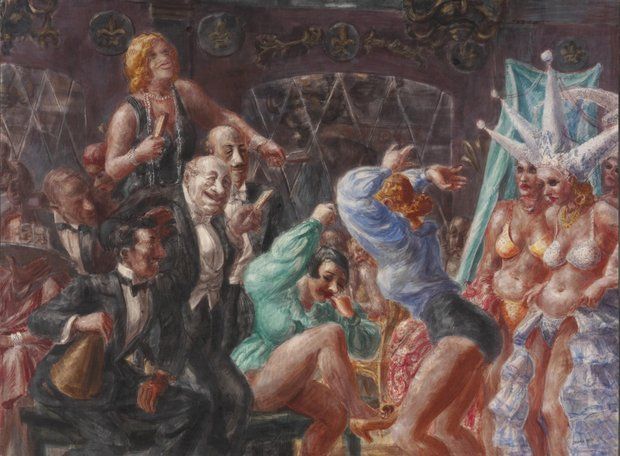 The exhibit also displays nontraditional landscapes. “Inland Tempest (Inland Storm),” an oil on linen by Arthur Davies, shows the impact of a violent storm, with small, naked figures clamoring for deliverance. In “Brigham’s Yard, Kingston,” Eugene Speicher captures a factory near the Hudson River at Kingston, delving into the plant, the river, a waterfall and a nearby hillside.

Root, who made many visits to artists’ studios and galleries, continued to buy works during the 1940s and early 1950s. Thus, the show presents Yasuo Kiniyoshi’s excellent “Empty Town in Desert,” which depicts crumbling buildings, thick grass and a moody sky. There’s a sense of the town split apart and of the desert simply outlasting humans.

“Toy,” William Baziotes’ 1949 oil, combines a long-necked creature resembling a dog, a green background, and an ominous orb that can be interpreted as the moon or something very different. Viewers can draw their own conclusions. In “Honky Tonk,” a gouache on paper, Jimmy Ernst integrates grids, rectangles and webs, spreading those elements throughout the work. The webs both connect and soften the geometric forms.

Elsewhere, “Partitions of the City” offers a non-realistic view of urban life. Mark Tobey, whose style merged painting and calligraphy, has abstracted people, streets and buildings into singular patterns.

The exhibition also includes Hopper’s “The Camel’s Hump,” portraying sand dunes on Cape Cod; Charles Howard’s fine “Wild Park”; and Preston Dickinson’s “Fort George Hill,” with its vivid colors and radically different take on a landscape. Burchfield’s “Six O’Clock” again demonstrates his mastery of light. “Landscape with Figures,” by Maurice Prendergast, is noteworthy in itself and as a connector to Root; his very first purchase was a Prendergast artwork. 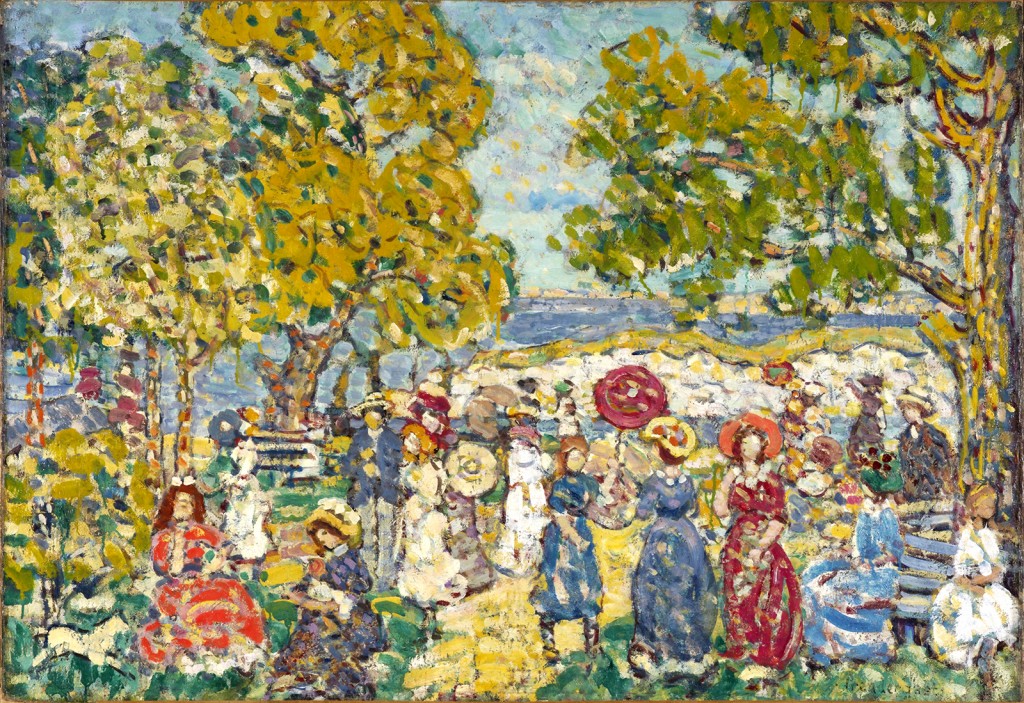 “Landscape with Figures,” by Maurice Prendergast

It’s worth noting that this is a relatively small exhibit with a specific mission. It never intended to encompass the entire range of art in the United States during four decades. Many of the works come from Root’s collection, and he, like any lover of art, had specific tastes.

That said, he had little interest in self-promotion and great enthusiasm for art created in the United States. Beyond that, he bequeathed more than 200 artworks not to a big-city museum but to a Utica institution which opened its doors in 1960. The current exhibit honors that legacy. 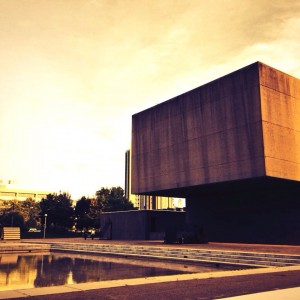 The Everson Museum of Art has recently added new features that, according to assistant museum director Sarah Massett, attempt to expand the venue’s appeal for those who are not usually the museum-going type.

For the new lounge area on the main level, Massett noted, “The intention is to create a space in the museum that is very comfortable and accessible for people to use for multiple purposes.” The lounge houses certain items from the Everson’s permanent collection as well as puzzles, art books and a refreshment station with a self-serve coffee machine, plus complimentary wi-fi access for mobile devices. Visitors are encouraged to bring their own brown bag lunches.

Meanwhile, a monthly series titled “TGIF Tours” offers a guided jaunt on Friday afternoons, followed by lunch with the museum’s professionals in the lounge. The next TGIF event takes place April 17 at 12:15 p.m. And the monthly “Baby & Me” tours, which open 30 minutes before the museum’s regular time, allows parents and caregivers of young children the opportunity to appreciate the exhibits without fear that a crying child might disturb other museum visitors. The next tour will occur May 1.

From Prendergast to Pollock runs through May 10 at the Everson Museum, 401 Harrison St. Gallery hours are Wednesdays, Fridays and Sundays, noon to 5 p.m.; Thursdays, noon to 8 p.m.; and Saturdays, 10 a.m. to 5 p.m. Admission is $10 for adults, $8 for seniors, students, members of the military and educators, and free for children ages 10 and under. For information, dial 474-6064.