Manifestation and Ambiguity runs through May 1 at Gallery 4040

Gallery 4040 showcases three artists who work in different media and employ varying visual strategies in Manifestation and Ambiguity. However, they all share an interest in identity and in discussing that subject with viewers.

Lacey McKinney creates works she calls “anti-portraits.” “I Am You #6,” done with pigment on paper, depicts a face plus several noses, while “I’m You # 3” mixes in extra eyes, ears and lips. The goal isn’t to evoke fantasy or a sense of the absurd but to challenge viewers to rethink their perspective on portraits. 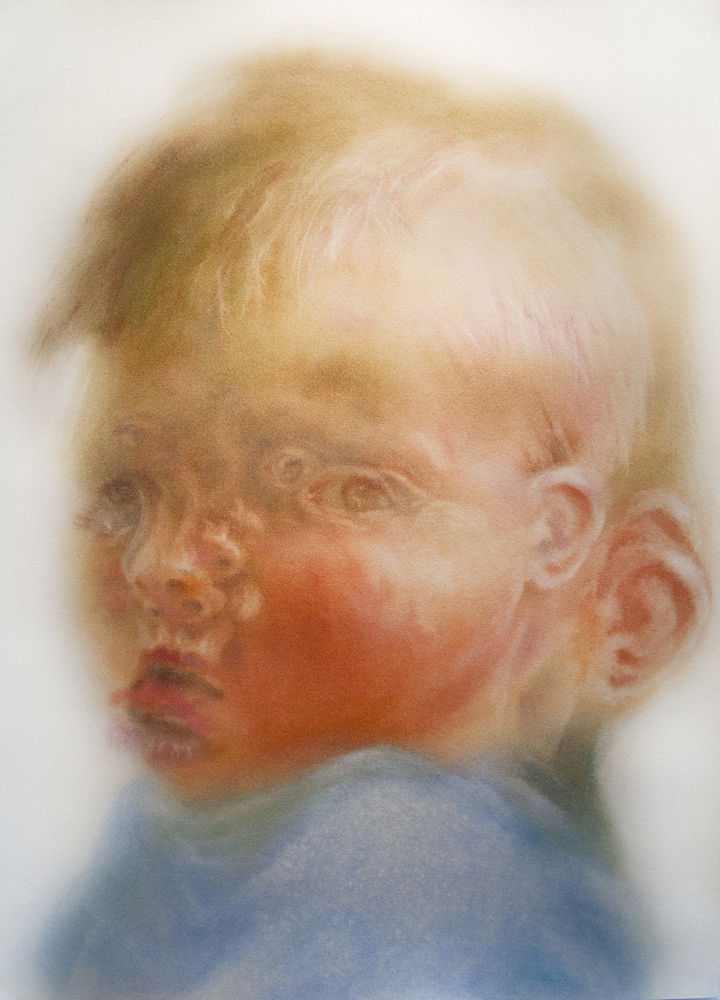 “I Am You #6”
Lacey McKinney creates works she calls “anti-portraits.”

The artist pursues a similar agenda in a small artwork detailing a human form but without a face. And in “Merge” she emphasizes hair and shadows yet omits elements we associate with a traditional portrait. “Dissolution # 1” moves in a similar direction, highlighting colors but not a face.

These and other works appear at a time when millions of people shoot images of themselves or others with either a “selfie stick” or a cell phone. McKinney is questioning the notion of an image capturing a moment in time, asking just what such depictions represent. Clearly, she has concluded that they don’t offer bits of autobiography. Beyond that, this isn’t a purely topical discussion based on current cultural practices. The artist is initiating a larger conversation about portraits in general.

Meanwhile, Juan Perdiguero focuses on mixed-media works encompassing drawing, photography, painting and printmaking. He has six large works on display at Gallery 4040, all of which portray chimpanzees in various poses. In one, the subject lies on his side. In another, the chimpanzee seems to look directly at the viewer. These are vivid images reflecting Perdiguero’s choice of a mixed-media approach rather than photos per se.

They entice a viewer to consider the implications of the artworks. Perdiguero doesn’t seem interested in primates’ role in the evolutionary chain or projecting human traits on animals. Instead, he’s looking at human psychology, at people both as beings with both spiritual and creative capacities and as mammals. The pieces function in an indirect context, encouraging discussion of that topic.

A third set of works is drawn from Marna Bell’s “Imperfect Memories” project, a series of photos dominated by shadows and blurred figures, by ordinary scenes radically transformed. One image shows people dancing but blurs them in a way suggesting a gang fight. Another portrays two men wearing hats but completely obscures their faces, ending up with the hats playing a significant role. A third depicts a man walking on a sidewalk near a car and just below a railing. While that’s nothing out of the ordinary, the image strongly suggests the man is in danger from unseen forces. 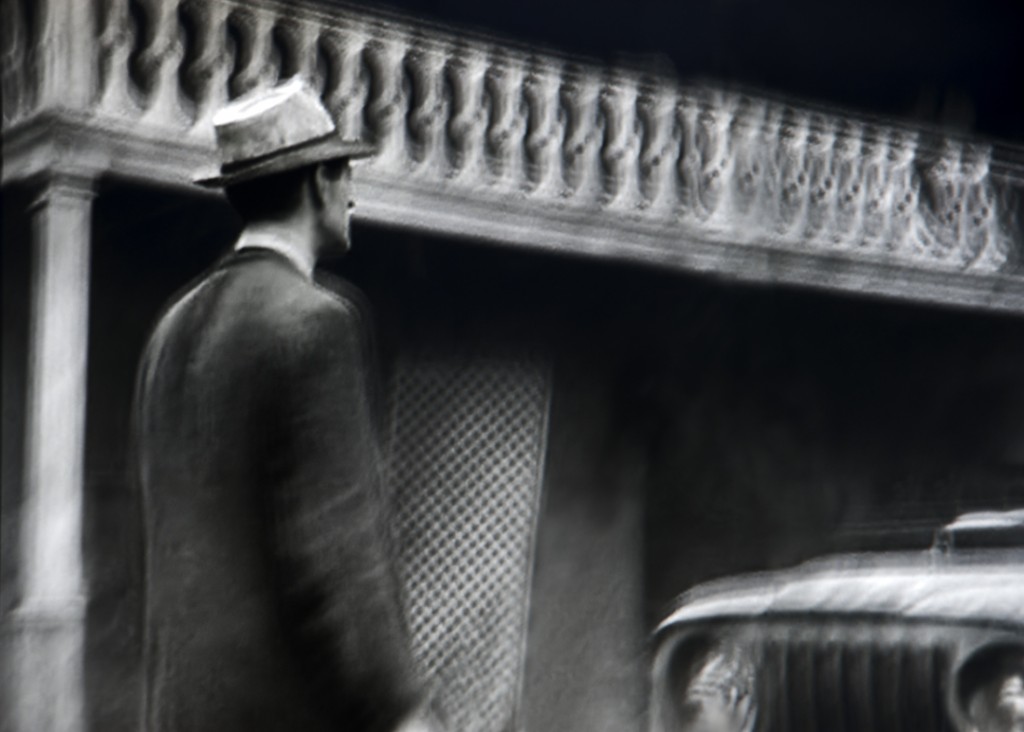 Elsewhere, people hiking on a trail close to rocks are engulfed in shadows that influence viewers to speculate whether something bad is happening. In another photo, two men stand side by side, and we’re not sure why they resemble each other. Is it clothing or another factor?

The “Imperfect Memories” series is shaped by Bell’s own experience with childhood amnesia and appreciation of the film noir genre. She’s concerned with the phenomenon of memory, with what we recall or don’t recall, and with events submerged in our consciousness.

She and the other artists communicate visually and conceptually. McKinney’s works grab our attention, while Perdiguero describes his work as rooted in figuration. He grew up in Spain and is influenced by the Spanish baroque school. Gallery 4040’s Manifestation and Ambiguity pivots on three artists exploring the notion of identity in some fashion and also easily connecting with viewers.

Manifestation and Ambiguity runs through May 1 at Gallery 4040, 4040 New Court Road, in an industrial district on the edge of Eastwood. The venue will host an opening reception on Friday, April 3, 6 to 8 p.m. Gallery hours are Wednesdays through Saturdays, noon to 5 p.m., and by appointment. For more information, call 456-9540.