Sometimes the negativity around here can be overwhelming. Syracuse wins a $1.35 million grant to launch an Office of Innovation, and how do the cynics respond? They laugh and laugh. They roll their eyes. They post smart-alecky comments to the effect of: Isn’t that why we have local politicians in the first place — to innovate?

Here’s a thought: Instead of criticizing, why not direct your energies toward helping the newly minted Syracuse innovation team prioritize its massive task?

Leading by example, this week I’m offering suggestions to the I-Team about what needs to be innovated around here. Warning: My proposals are highly technical and nuanced. Prior to green-lighting them, the I-Team will need to have them studied for years by pricey consulting firms that donate heavily to political campaigns of candidates of both major parties.

OK, here are my Big Five ideas, one for each new I-Team member: 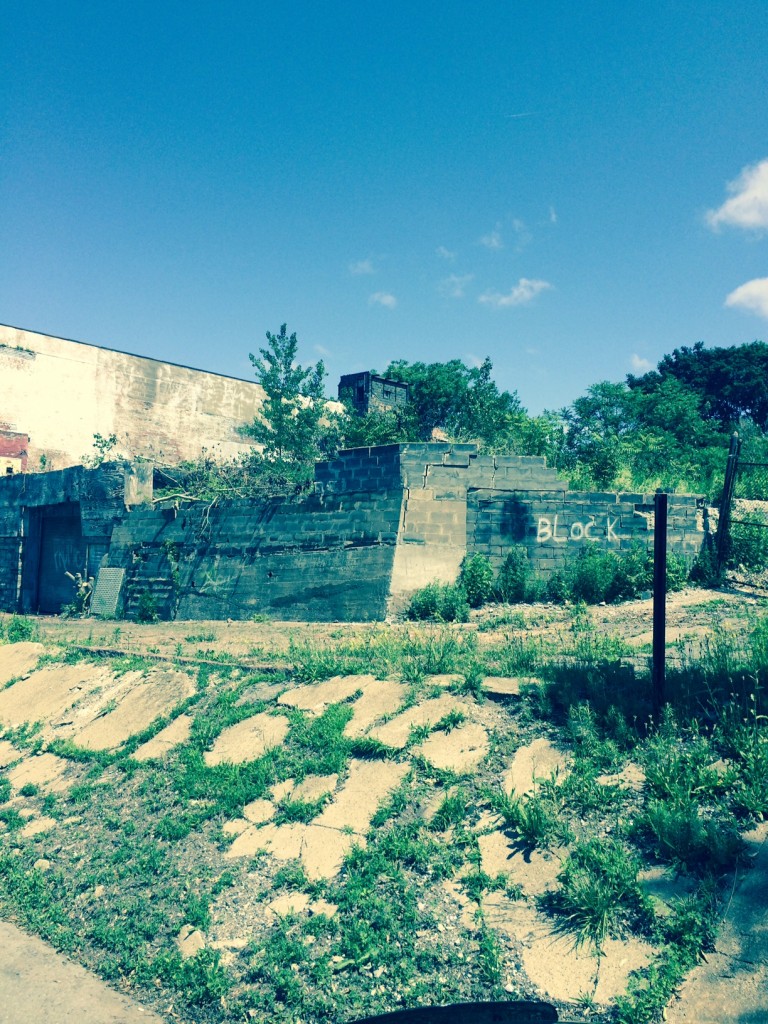 Zett Offensive: The I-Team has limited options regarding the former Zett Brewery at the corner of Court and Lodi streets. The most promising involves a tactical nuclear weapon loaded onto a drone. Another option is to repurpose the hulking eyesore as an urban warfare training facility. If the property is deemed too dangerous for military use, paintball enthusiasts might beg to differ, especially if site-appropriate beverages are available. Organic hops should be grown in the jungle that has exploded in the primary disintegration zone. SUNY-ESF students could help with that. For a few independent study credits, I bet they can be coaxed to grow just about anything, if you catch my drift.

Road Sign Museum: A good idea is taking shape on a back lot of East Washington Street at Walnut Avenue. Dozens of traffic cones, barrels and other barriers have been strewn about in a joyous jumble. Colorful (mainly orange) discarded signs that once alerted motorists of “Grooved Pavement,” “End of Road Work” and — my favorite — “Use Rear Entrance” now bear silent witness to accidents avoided. Why not finish the deal and create a Center of Traffic Signage History and Research that we can all be proud of as we sling back an ice-cold Zett. Given the struggles of a few Class C motorists, a permanent installation explaining the meaning of the phrase “Low Bridge” would seem to be in order. (See header picture above.) 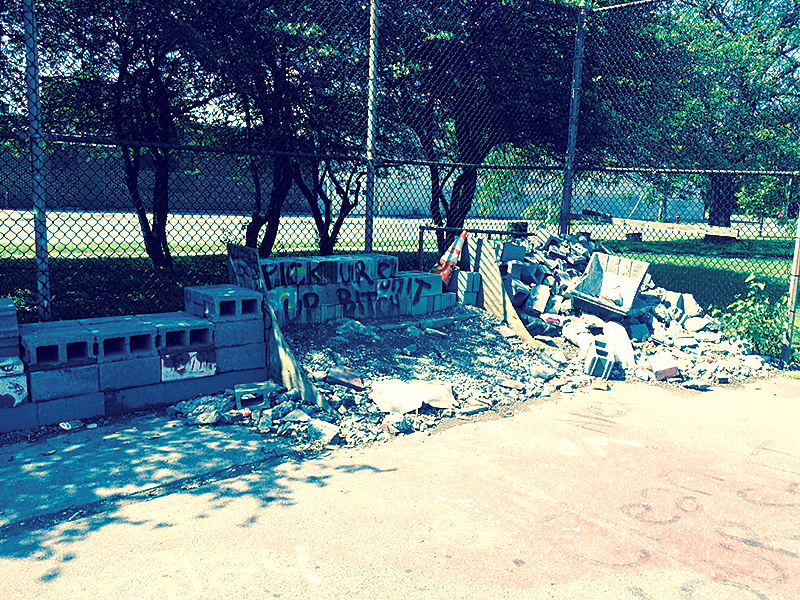 Skate-gored Park: Young people crave activity, adventure and, yes, sometimes a bit of risk. Syracuse offers a glimpse of the possible at Ormond Spencer Park, kitty-corner from the proposed road sign museum. While most obstacles at the small skateboard area remain in distressingly decent shape, one jump features jagged rocks and exposed gravel and cinder block. In fact, there’s no ramp to speak of anymore, just a pile of crap. Now that’s a legit test of skillz! Add winter ice and snow, and you’ve got the kind of thrill-seeker draw that, once replicated on a grand scale, will have every goofy-footer in California panhandling for bus fare to get out here. 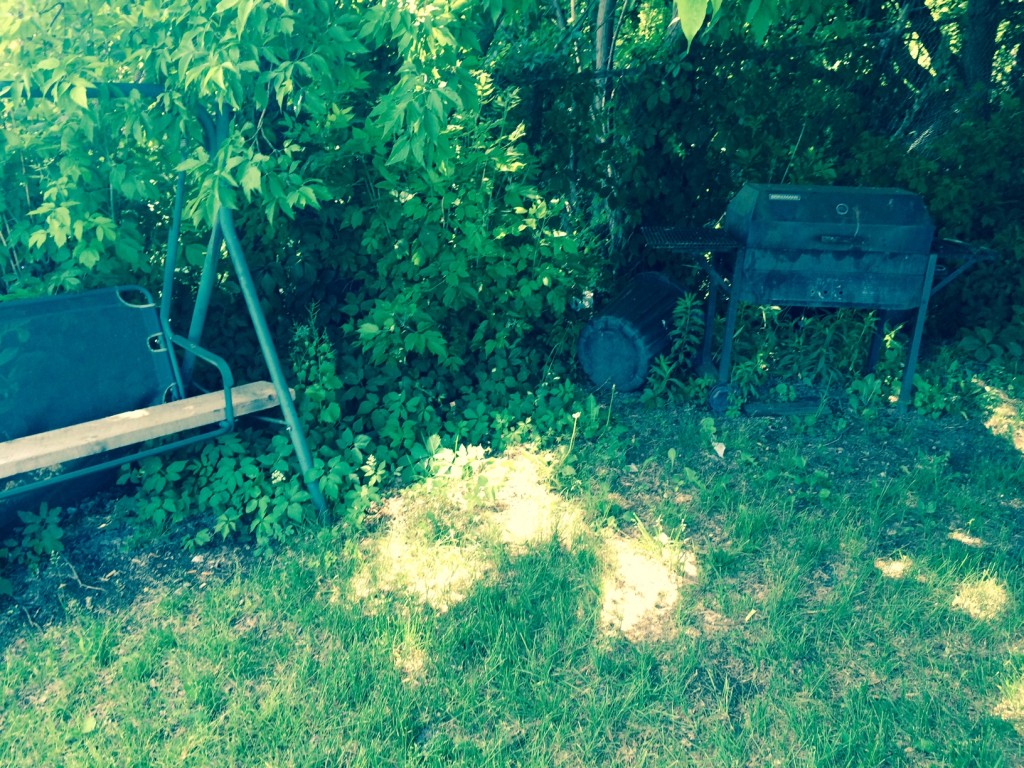 Bar-B-Clue: Coming across a hidden creekside picnic spot is one of the great delights of urban living, especially if the creek itself is completely hidden by dense understory. An aggressive program to distribute more broken-down grills on sites overlooking where Onondaga Creek is rumored to be would be a wonderful boost to the city’s morale. The I-Team would want to study whether grills should be placed upright or left on their sides. A discarded grill sends a powerful message: Scrap metal prices continue to lag. 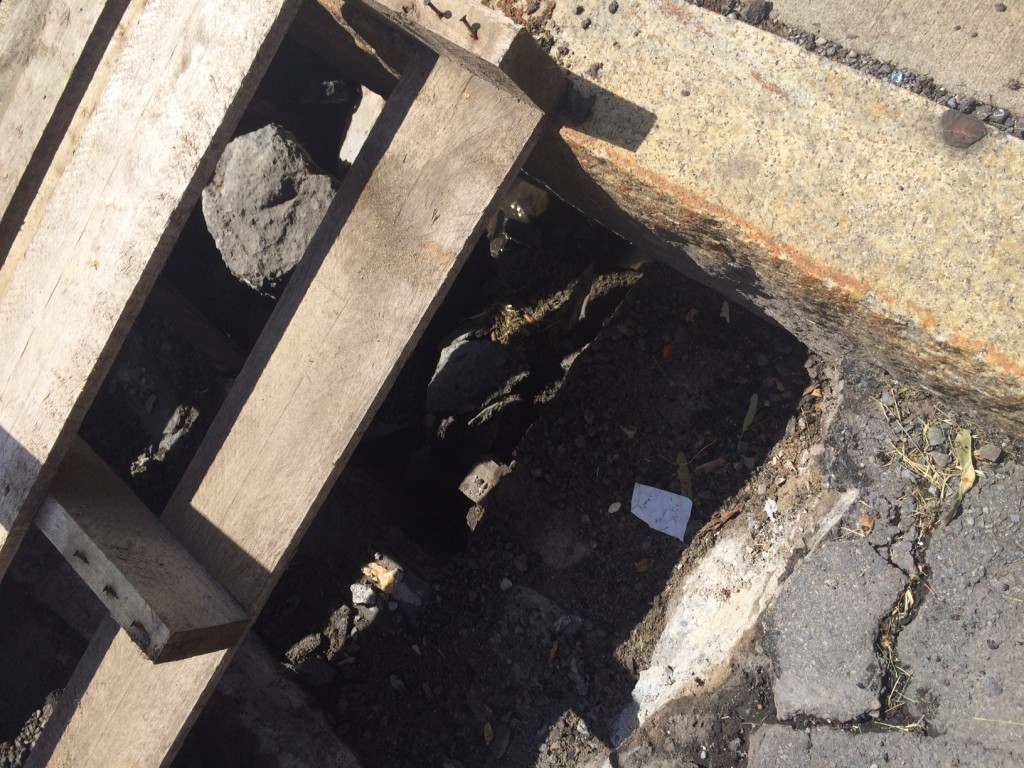 Holeistic Approach: Even at my most innovative, I’m struggling to come up with creative uses for curbside sinkholes, like the one on Lodi at Hickory Street. Of all the projects the I-Team can tackle, it’s hard to argue that preventing residents from falling below the water table never to be seen again shouldn’t be at or near the top of the list. It’s either that or creating more parking at Dinosaur Bar-B-Que.