Last month, some people pledged to give up technology for one day. Where’s the challenge in that? Turning off your smart phone for a few hours is hardly revolutionary. Anyone who’s forgotten their charger knows how that feels. How about no Internet for a whole month?

From Aug. 6 through Sept. 3 last year, I gave up the Internet. This has become my summer tradition: a detox from Facebook and Buzzfeed lists, compulsive email checking and scrolling Instagram before I get outta bed. I did my first Internet detox in 2010, taking one week off. A huge nota bene here is that I have the entire month of August off from my job, so it was relatively easy to avoid the Internet.

My rules for the detox were unchanged: one hour of email checking every Sunday, plus permission to hop online to submit book reviews and other free-lance projects. I made a hard copy of all the resources and guidelines I needed for upcoming residency and fellowship applications. And I allowed myself to binge on episodes of The Lying Game on Netflix.

But mostly, I read, wrote, rode my bike, baked, saw friends and stared out the window. I’m someone who’s madly in love with the Internet but also seriously lacking in self-discipline. I walk around with my nose tucked not in a novel but an iPhone. It was lovely to take a big break, then the break was over and my fingers tickled the keyboard.

Hello September, and hello Internet! Back from my one-month hiatus and partially overwhelmed: Facebook! So busy! So much to look at! Here’s what my Internet-free month looked like, by the numbers:

Books I read: 11, plus five poetry/essay manuscripts for friends. This includes two books for book reviews, along with Vampires at The Lemon Grove by Karen Russell; Glaciers by Alexis M. Smith; the first four Lying Game novels by Sara Shepard (I know … I know); Freak of Nurture by Kelli Dunham; Portrait of an Addict as a Young Man by Bill Clegg; The Dinner by Herman Koch; and like half of Joan Didion’s Slouching Towards Bethlehem.

Words written: 22,199 … and I constantly berated myself for not writing more. Writers! We’re crazy!

Number of crap emails I got: 827. Lesson learned: Email is mostly crap! It is a lot of junk from J. Crew! The most important email I got over the entire four weeks was one telling me I was awarded a residency I applied for (!). They sent it on a Tuesday and I saw it on a Sunday. Life goes on!

Times I cheated and just had to Google something: four. How to make cake flour, how to get a library card, how to stretch pizza dough and, technically, I forced my girlfriend to Google Beyonce’s new haircut because, c’mon, I had to.

Times I had to peek at my email because I forgot a password for some app I decided wasn’t the Internet: three. Songza, Seamless, and My Fitness Pal. A true Internet purist might have skipped all Internet-fueled apps, but there were some that I just couldn’t pass up, including Netflix, ABC Family (to watch Pretty Little Liars, duh), Songza, My Fitness Pal, my bank app and Seamless, but I used Seamless only once because it felt like total cheating when I could call the pizza place myself.

Number of letters and postcards I sent: six.

Number of TV shows I gorged on: three, including two seasons of The Lying Game, four episodes of Pretty Little Liars and three seasons of Skins. Many people were skeptical that I wasn’t online but I was watching Netflix. And seeing how I watched hours upon hours of bad television because of this loophole, I get it. But when it’s 8 p.m. and I’ve baked a cake and written for two hours and read for four hours and meditated and rode my bike to get groceries and watered my plants, guess what? I wanna veg out and watch Netflix. It was a vacation, after all.

Number of times I missed Facebook: zero. But to admit, when I did finally log back on and see my friends’ names and photos and links to hilarious Buzzfeed articles, I thought, “Oh! My friends! I missed them!”

Number of times I read a cookbook instead of Googling a recipe: 21. Cookbooks, who knew? So relaxing. So wonderful. I cruised through many of the Smitten Kitchen cookbook recipes and also got real intimate with Mark Bittman’s How To Cook Everything (and How To Cook Everything Vegetarian, which, I realize, is redundant alongside the Everything one). I’ve perfected making my own pizza dough (it involved the one cheat; I mean, how do you stretch it? How?) and also made Smitten Kitchen’s caramelized peach pancakes four times. So good.

Things I was dying to Google: Beyonce’s haircut … again, I know; baking soda vs. baking powder; free financial planning courses; cruiser bike; that Drake song with the chorus, “still got it”; is neutral milk hotel back together?; why was The Lying Game cancelled?; when does Scandal start again?; what classes are at the gym by my work; best yoga videos on Netflix; drywall anchors; Dec. 19 Beyonce tickets; New York Times subscription discounts; September weekend rentals; outdoor summer movies; why is everyone talking about Miley Cyrus?

Biggest takeaways from this hiatus: It’s nice to wake up and not check my email. I kept replacing it with “wake up and play Spell Tower,” but once I deleted my games, I seriously curbed the hit-snooze-and-squint-at-my-iPhone habit.
The Internet time-sucked for me, but especially Google. In my first return-to-Internet day, I watched myself have a thought: How would I make gluten-free cornmeal pizza crust? Stop to Google it, and spend eight minutes reading recipes. This happened in bed with a book in my lap at 11 at night. Why did I need to know about cornmeal pizza crust right there and then? Instant information: It’s too dangerous for me. I’m gonna try and keep my information-seeking on a need-only basis.

Give me a big hug, Internet. I kinda missed you.

Courtney Gillette is a writer, ex-teacher and a lover of milkshakes. 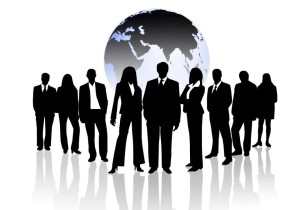 Parting Shots
PHOTOS: Going to the Dogs
To Top