Editorial board? What’s that?

Well, this is new…

Every week in this space, the Syracuse New Times will give you a piece of our mind. For what it’s worth.

This is something we’ve done rarely in the past. In the first issue of the year, our publisher, William Brod, stepped out to discuss in our pages his views about how the joint city/SU project known as the Connective Corridor ought to proceed. Don’t make it dead-end at the SU facilities near Armory Square, he wrote, but turn it into a loop that includes the rest of downtown and the hospitals next to the university. We’re not done beating that drum.

And that isn’t the only thought we have about what’s going on in town, or what isn’t going on but should be. The opinions expressed here will sometimes be critical; but they’ll also share with you what we think is good about the community … and there’s more good works here than most people ever know.

As we say, this is all new to us. The New Times has never had an editorial page. And we’ve never had what the downtown, thrice-weekly newspaper calls an “editorial board.”

But we have ideas and opinions, often passionately expressed in clusters around Managing Editor Bill DeLapp’s desk, or out by the picnic table that is where much of the staff eats lunch.

Brod is a businessman who has been politically active in the Republican Party in Cazenovia. He has generally conservative values, but he has not attempted to impose them on the editorial staff. Which is good, because the editor-in-chief, Larry Dietrich, considers himself a child of the ’70s, a liberal Democratic sort, providing some counterbalance.

Oddly in this polarized, partisan world, they often see eye-to-eye.

The rest of the staff, small though it may be, will also have a say in what ends up in this space. The writer could be Brod …  or Dietrich … or someone else.

Whoever writes, it will be the voice of the Syracuse New Times.

A note from publisher Bill Brod:

WHY WE RE-DESIGNED THE SYRACUSE NEW TIMES

As we celebrate our 45th year, we’re excited to bring you the first edition of the rebranded and redesigned Syracuse New Times and hope you appreciate reading it as much as we enjoyed creating it.

This project began more than eight months ago as we recognized the changing landscape of printed news in Syracuse had left many readers and advertisers disenfranchised and feeling abandoned.  Readers tell us regularly how much they appreciate having a printed paper that informs them of activities and events and keeps key issues in the community on their minds and in the public forum for discussion.  You honor us by continuing to grow our circulation over the six-county area we serve. We do not believe that print is dying, and we will not follow the thrice-weekly newspaper down that road.

We do believe that digital has a place as a complementary product to the printed word, and we launched a redesigned website in November as part of this redesign project. The site is updated daily and helps us to address the need for timeliness in reporting key stories we feel our readers will be interested in reading.

At the same time, we made a commitment to expand the content in our printed paper and to upgrade the design. You are holding the result of that effort.

We intend to keep the content that has made the Syracuse New Times your source for arts, entertainment, dining and community events with popular features like Sanity Fair, Jeff Kramer’s humor, News and Blues. We will add features, like fashion and the urban lifestyle, expanded coverage of dining, music and fitness, while providing a more prominent platform for people in the community to express their views.

This idea of change and improvement is not a new or novel one. All organizations must grow and evolve in response to the needs of the people they serve. Our readers are among the most educated and affluent people in Central New York. We intend to continue to create a platform for them to be entertained and educated, and to provide a means for our advertisers to reach those highly desirable customers.

Please continue to tell us how we are doing.

Oh, and no, we will never allow our website comments to be un-moderated. 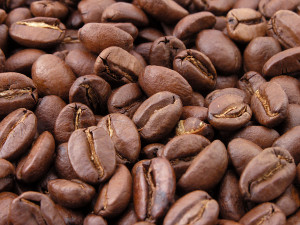 The kiosk is gone, replaced Monday by a Dunkin’ Donuts. The decision was made by the new airport concession manager, Creative Food Group LLC, of New York City. Owner Matt Goddard responded on Cafe Kubal’s blog.

On the Syracuse New Times Facebook page, we asked:

“Should a popular local coffee shop be replaced by a chain?“

No. We are suppose to embrace local. That’s what’s WRONG with Syracuse. Wake up, Syracuse.
— Scott A. Chambers

There are cities that have banned large franchise places, and I wish Syracuse would follow suit and at least limit the number of chains that can take over an area.
— Dawn Douville

Kubal has been a bright and hopeful spot at the airport. DD???????? Never touch the stuff.
— Hanna Richardson

Should anything be replaced by a chain? One step closer to the homogenization of the world.
— Joseph Cortini

Absolutely not. I would never choose corporate over local run/owned. Besides, the national chains’ coffee is horrible.
— Nicholas Caiello

What is wrong with the Syracuse airport? We should be promoting local business. Go to DD at the Thurway rest areas instead. There are already Tim Hortons and DD outside the airport in N. Syracuse.
— Kathleen Gillies

NO! I am tired of chains everywhere. The great thing I used to love about an airport was the ability to see a bit of the local flavours, but not anymore. It is always a chain. Café Kubal had really great coffee, way better than Dunkin’s.
— Dawn Douville

Out with the small and local, in with the big and corporate.
— Nadia Tressler

Could this happen here? (mobile version)
Unplugged Confessions of an Internet Junkie
To Top