Soon, there may be some new faces to greet you if you stop for a cup of coffee or a sandwich on your way to catch a flight out of Hancock Airport.

On April 1, Creative Food Group (CFG) will take over operation of the concessions at the airport. When they do, 45 unionized workers employed through the previous concessionaire, Delaware North Group, will have no assurance of keeping their jobs. The best they can hope for is an interview with the new company.

Christina Callahan, executive director for aviation at the Syracuse Regional Airport Authority, which runs the airport, says CFG signed “an interview agreement” with the authority, guaranteeing the interviews. She declined to provide a copy, and the Syracuse New Times has submitted a Freedom of Information Act request for the document.

Ann Marie Taliercio, president of Unite Here Local 150, represents the food service workers employed by Delaware North. She argued before the authority board that it could do more to protect her members’ jobs. In an open letter dated Feb. 11, Taliercio wrote, “I made an effort to make sure that the authority understood that they have options to protect these jobs, and to introduce a policy at least allowing the existing workforce to become probationary employees under CFG’s employ.”

“That’s a slippery slope,” says Callahan. “We have a lot of tenants here. We can’t tell people who to hire. If we start putting in requirements as to who they have to hire, that starts a process that we don’t want. We want CFG to make sure that every employee has an opportunity to interview for a position. We cannot guarantee every employee their job.”

Taliercio disagrees, saying that “the contract is all about telling the company how to run their business. It tells them what they have to do, the products they will serve, the hours they will be open.” 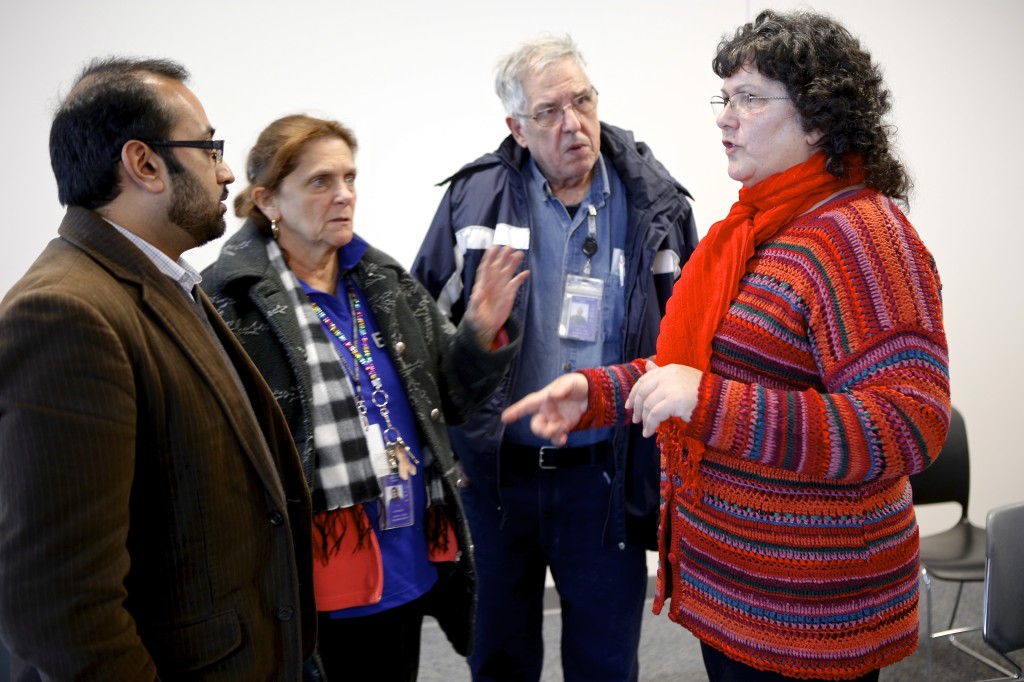 CFG is based in New York City. Founded in 2007, it operates concessions at airports, malls, and bus and train stations, including the Port Authority Bus Terminal in Manhattan. When CFG took over the concessions at Baltimore Washington International Airport last year, the National Labor Relations Board charged the company with unfairly intimidating workers who were seeking to unionize the workplace. The complaint, later settled by the company, charged CFG with illegal actions including threatening to fire workers for joining the union campaign.

Asked about the anti-union charges, Callahan replied, “People have said a lot of things in the past few months. It is hard to know.”

Later, she acknowledged that she had not initiated any investigation of the claims. “That is beyond the scope of our relationship with Creative Food. They are here to provide services to the traveling public. We realize that everyone has an obligation to obey labor laws, but we are not the employer,” she said.

“How can you give away a 15-year contract and not do your due diligence?” asked Taliercio, who stands to lose 45 union members when the Delaware North contract expires next month. “These are public funds being spent. Is this responsible economic development?”

Callahan said CFG has told her that they would not fight any workers attempting to unionize, but they did not put that commitment in writing, nor were they asked to do so.

Syracuse Mayor Stephanie Miner, through her press aide, Alexander Marion, indicated that she had not looked into the charges against CFG. The airport authority, Marion noted, is run by an independent board, though seven of its 11 members are appointed by the mayor.

Onondaga County Executive Joanie Mahoney, who appoints one member to the authority board, referred a request for comment to Callahan.