Columnist Cheryl Costa shares perspective on just how many UFO sightings are genuine and how many are not.

Are all the UFO sightings the real thing? I get asked this question all the time. So, let’s talk about the numbers.

The first thing you have to consider is that only about 1 out of 10 UFO sightings are actually reported in the first place.

There are two national databases that capture a majority of the UFO sightings reports. The National UFO Reporting Center (NUFORC) and the Mutual UFO Network (MUFON).

While the majority of the sightings are captured by the major databases, some of the reports are made to local newspapers. Sometimes it’s a good thing and the report gets published in the newspaper. Yet sometimes it can lead to editors ignoring the reports and viewing the witnesses’ claim as absurd.

Some folks call their local law enforcement. I suppose law enforcement logs the reports, but I doubt if the sightings go much further than the police blotter.

Let’s talk about the nearly 5,000 UFO sightings New York state for the past 15 years. Are all of them really extraterrestrial or interdimensional crafts? I think not.

There is a standard formula for sorting out what are misidentifications of pieces of known information, and the formula sorts out the psychopaths and hoaxers. The latter is actually is a tiny portion of the overall volume of reports. 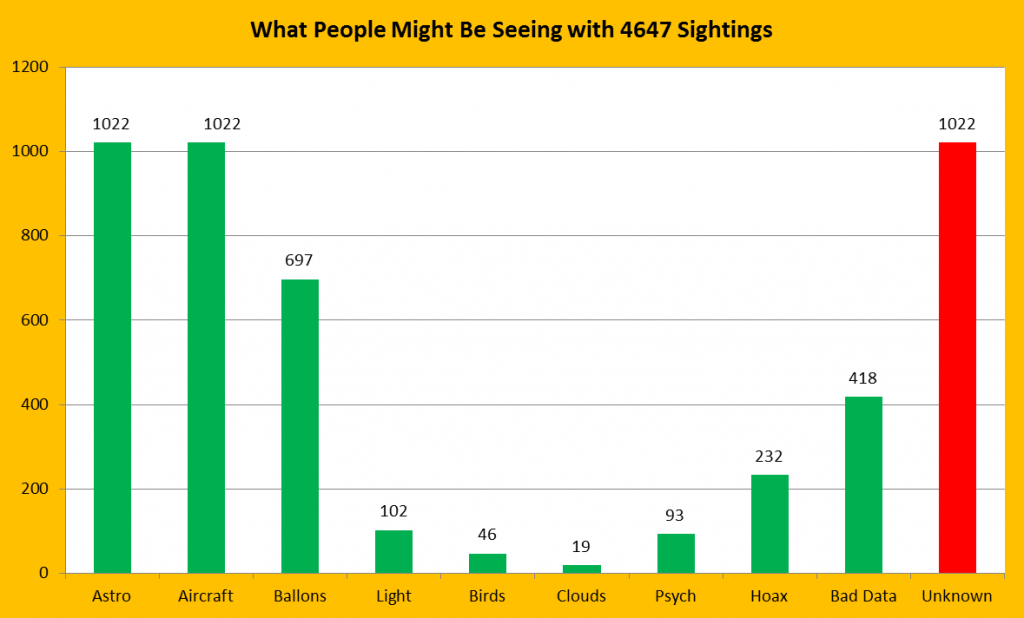 Using the formula, the suggested proportion for “beyond conventional explanation sightings” is about 20 percent. Now 20 percent may not sound like much, but when you consider the volume of UFO sightings we have here in North America and here in New York state, 20 percent shakes out to a significant number of sightings.

Nov. 8, 2015: At 6:05 p.m., a resident of Central Islip, NY, observed what they thought at first were three bright stars in a stationary position. The object turned out to be a black triangle UFO.

Nov. 17, 2015: At 5:25 p.m., a motorist in Malone, NY, witnessed a basketball-sized yellow-orange object emerge from a wooded area in front of his vehicle and move away at great speed.