The two men watched with great interest as the black object drew closer while seeming to maintain altitude.

It was a few days after the 4th of July of 1960, the day a UFO Circled the Empire State Building.

Tom was a broadcast engineer in New York City. He worked on the 16th floor of a building on West 50th/51st Street next to the Taft Hotel.

Tom says he first noticed the object simply as a black dot in the sky coming from the southwest on a northeasterly course.  Of course Tom was puzzled by what he was watching for nearly ten minutes. Then a colleague in an adjoining studio area hollered, “What the hell is that thing?”

The two men watched with great interest as the black object drew closer while seeming to maintain altitude. Tom tells us, “The object itself was spherical, and it was flat black with no windows. It was about 16 feet tall and not quite as wide. It had winglets that sloped down from the middle as it also sloped up from the middle. The object undulated from side to side at a constant rate throughout. About twenty or so degrees one way and then tilted the same in the other direction.”

Tom tells us that a colleague telephoned engineers staffing the transmitter site high up at Empire State Building but folks there could see nothing of the object that was circling the skyscraper.

Back at the 51st Street location more than 20 broadcasting engineers and news staff had gathered including the Director of News for the Mutual Radio Network. All of them were witnessing this incredible event until the object leisurely left the area returning on the path where it came from.

The peculiar thing that occurred wasn’t the sighting of the UFO but rather the lack of reporting of the event. In a room full of broadcast news professionals this event was never publicly reported. Tom doesn’t tell us why this happened. In fact, Tom only reported this event in recent years to MUFON. He does tell us that not long ago he saw a program on cable television that showed a UFO filmed near a building in Mexico. What rattled him was that the UFO in Mexico was identical to the one that he and his colleagues observed on that hot July afternoon 54 years ago.

“I realize this is a most strange sighting, especially since people only feet from it and looking through a window saw nothing…” Tom explained.

Finally Tom remarked, “…it remains relatively fresh in my memory.

2 March 2014: at about 10:15 a.m. a motorist and passengers were traveling East on State Route 252 near Rochester. They witnessed what at first appeared to be reflections on the windshield. Then after closer examination they saw about ten tall cylinders hovering high in the sky. They say that the objects had a transparent quality but were emitting a white glow that made them visible.

7 March 2014: at about 11 p.m. a Hamburg woman noted that the family dog was “going nuts.” She and her boyfriend went outside and saw a bright orange fireball, like object silently flying above the tree tops in the neighborhood, heading north. She reported the sighting to local authorities and police showed up and politely took her sighting report. She states the sighting was “miraculous.”

7 March 2015: At about 12:30 a.m. a Kingston woman and her husband observed a large rectangular fireball like object moving silently from the west to the east then turning north before going out of sight.

9 March 2014: at about 8:45 p.m. a Commack resident saw two orange, fuzzy, fireballs flying together. They were maneuvering side to side before splitting up. The two fireballs took off in opposite directions at tremendous speed and made no sound.

11 March 2014: at about 4 a.m. a Guilderland resident observed ten bright lights traveling together In and out of formation. Some were faster than others and still others were weaving side to side.

11 March 2014: at about 11 p.m. a Brooklyn resident noticed a silver bullet-cylinder shaped object hovering stationary high up in the sky to the right of 2nd & 3rd Avenue, around 35th Street. He says the object was not moving, made no sound and that didn’t have any wings or propellers. He says, “It wasn’t a blimp!”

14 March 2014: at about 10 p.m. a Rochester resident went outside for a smoke and observed four white lights within a cloud rotating two at a time. 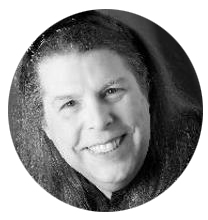 If you have a story to tell, Cheryl Costa would love to hear the when, where and what. Email it to [email protected]. The names of witnesses will be omitted to protect their privacy.