A Guide to Saving Money by Biking Year-round in Syracuse

If Jimmy John’s delivery man, Charlie LaNoue, can deliver a hot BLT in less than 15 minutes in the snow, sleet and salt, you can consider braving the elements on two wheels too.

“Life doesn’t stop in the winter, and I’m definitely not going to stop needing money in the winter,” LaNoue says. On his coldest ride (when he says he made a lot of “pity tips”), he braved a negative 27-degree wind chill. But he advises that beginner winter riders should take baby steps. Syracusans can start by biking before the snow season hits and take advantage of the gas and car-repair savings biking offers. 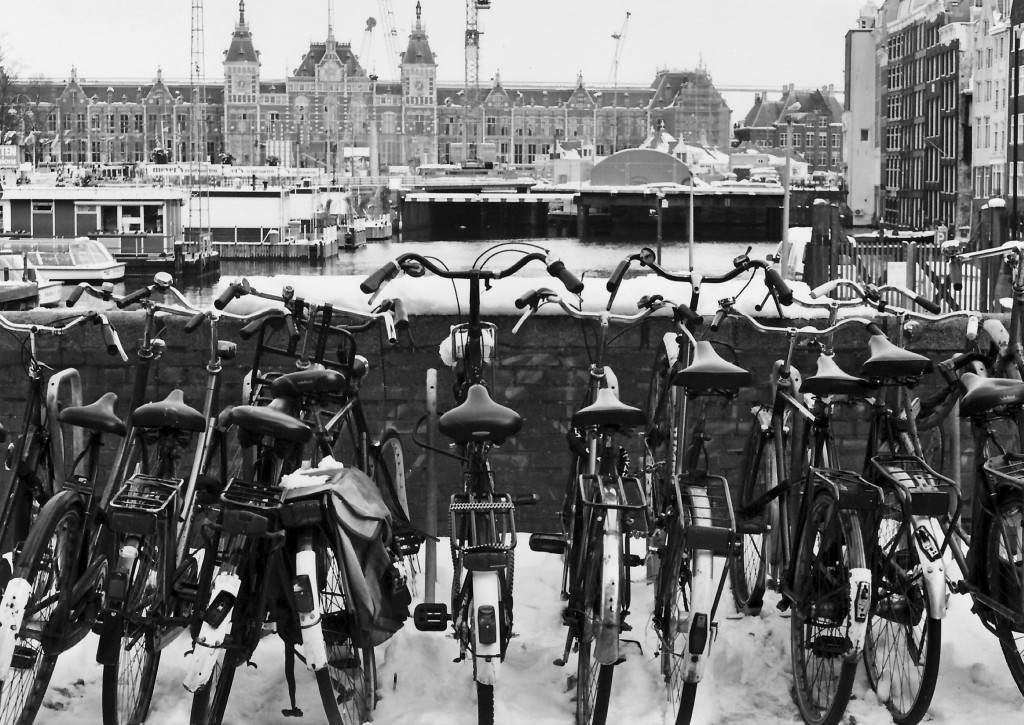 Steve Clark, Bicycle Friendly Community Program Specialist for The American League of Bicyclists, says that a growing number of people are embracing bicycling as a lifestyle. He works to re-design roads to make them more bike-friendly. “We have built our cities around the needs of the automobile,” he says. “There’s a public perception that that’s the only legitimate way to get around.” Clark says that most cities have a long road to a true bike-friendly transformation, but more people are riding their bike to work than ever before for both its health and economic benefits. On Oct. 27, the office of Gov. Andrew Cuomo announced a $70 million grant for bicycle-friendly projects in Central New York, according to a press release.

LaNoue owned five different cars before he quit them for good. Last December, he sold his car in an effort to save money. He decided to invest in a lime green Surly Cross Check road bike with 38-mm wheels instead. “If that’s the difference between us paying hundreds of dollars in car insurance, I’ll take it,” he says. Between LaNoue and his girlfriend (also an avid biker), they can carry $400-worth of groceries using Pannier Saddlebags strapped to their back wheels.

December biking may sound impossible; but if you follow these tips, you can winter-pedal your way to work to save some bucks. LaNoue bikes up Mount Olympus, but says that if you want to avoid hills, find shortcuts. Clark also stresses forming a winter-friendly route before you venture out. “The technology now is there to have safe equipment, but we still need to worry about motorists,” he says.

Syracuse’s roads include more than 10 miles of bike lanes so winter bikers should use them when possible. However, on the worst winter days, the best routes are often the busier, plowed ones, says Clark. “Be assertive and take the lane to prevent unsafe passing,” he says. He adds that bicyclists should always obey traffic laws. “Winter riding requires the respect of motorists. So don’t blow it by blowing through red lights,” he says. He advises wearing bright clothing and riding where divers can see you.

LaNoue rides what he calls a “clunker bike” during the winter. Steven Morris, co-owner of Syracuse’s Mello Velo bike shop, agrees on a less expensive, single-speed bike for the winter because gears can freeze and salt can destroy your tires. “Winter miles are way harsher on a bike than summer miles,” he says. Morris recommends that winter bikers oil and clean their bikes at least once per week. Road salt will clog your gears. He also advocates lights, fenders, and disc brakes for your bike. 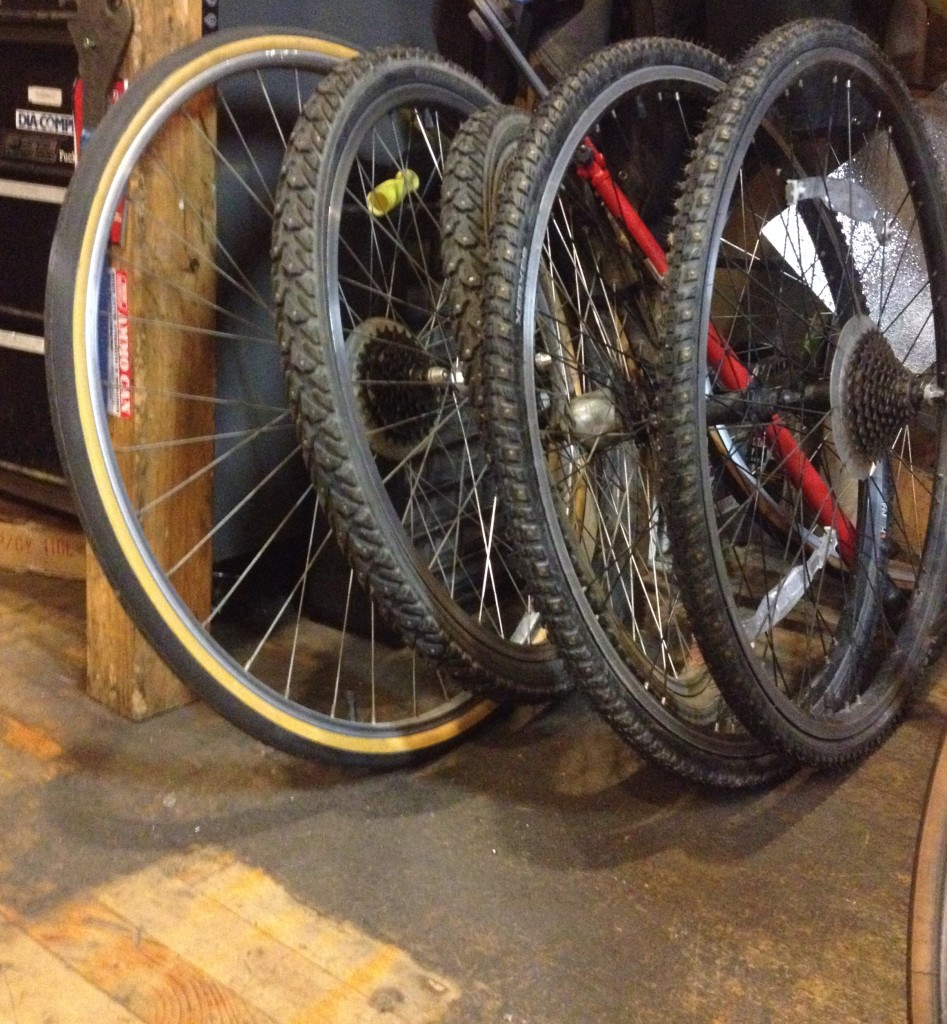 Winter riders should buy steel-studded or knobby tires for ice and snow as well. “Even your car will slip on ice; you need something that will dig into it,” Morris says. “You can ride your bike on a frozen pond with these tires.”

Don’t forget to dress the part too. LaNoue recommends lightweight, insulated athletic layers instead of heavier clothes. Avoid cotton because it will absorb your sweat and freeze. Stick with wool socks, says LaNoue, who wears two pairs with plastic bags on his feet. He sports hand warmers, a face mask, snow goggles, and a ski helmet as well. “I look like one of the Daft Punk guys, but it works,” he says.

LaNoue doesn’t regret goodbye to his car last year. Biking doesn’t cost him a cent, he says. “I’m tired of filling up my gas tank and putting miles on my car and worrying about the ongoing repairs,” he says. “I’m done.”