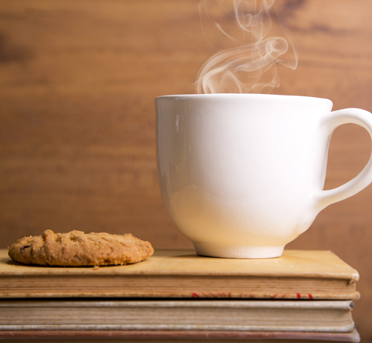 Henry David Thoreau’s Walden was written over the course of almost a decade, and this was during and after he spent time in a cabin by a pond. Jack Kerouac kept notebooks of his travels in the 1940’s, and then he typed the manifesto that is On the Road on a scroll in the early 1950’s. Although the time it took Hemingway to write The Old Man and the Sea was shorter than it took Sam Clemons to write The Adventures of Tom Sawyer, both are dignified classics.

All these novels, masterpieces, have one thing in common – they were not written in one month’s time (not even the first handwritten drafts). Time, patience and heart has been known to create a great novel.

November is National Novel Writing Month. As much as I think it’s a crock of crap, there are some positive aspects. Don’t get me wrong: I love to read and I clearly enjoy writing. But let’s face it: writing is difficult. The process is long and arduous, but it’s a hell of a lot of fun at the same time. NaNoWriMo is a non-profit, and donating to the organization means supporting creative education around the country. (Where specifically? I don’t know.) This aspect of the organization can be applauded a thousand times over.

But as a participant: the goal is to write 50,000 words in the 30-day period. And this makes you a novelist.

This is where I call bullshit.

According to the website: “310,095 participants started the month of November as auto mechanics, out-of-work actors, and middle school English teachers. They walked away novelists.”

Self-publishing is not terrible, but there are a lot of folks out in the world who think they can write. To boast that anyone can be a writer is insulting. Hell, I often don’t consider myself a writer. Aside from painting a picture the other week, I am not a painter by definition. Pushing a person to explore creative outlets and to try something new is incredibly positive. However, reality kicks in – someone is not a novelist until they are actually published by either a company or by yourself. And that text with hours of work behind it has to be bound. The phrase “on paper” means “partially completed.” I’m not a novelist if I write a novel and it sits, collecting dust.

And the middle step cannot be ignored: finding reliable editors, three or four competent sets of eyes to review the text.

With consideration to different schedules, the time needed could be extensive. Sure, the out-of-work actors will have enough time to write during November. 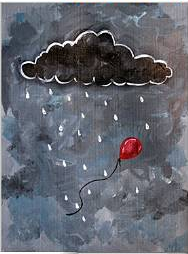 Teachers in November, after long days at school and grading after work and considering the end of the first semester: their choosing put their nose in it and write will allow them very minimal time to have a life. What about the teachers with kids of their own? After these two situations explored, auto mechanics should be offended by NaNoWriMo.

A blogger and self-published author that I follow is Ksenia Anske. She’s definitely interesting. She blogs, tweets, and posts on Instagram about … writing. Her books took longer than a month to write and publish, and she wrote about her struggles doing so. A few local self-published authors, Jeremy DeBottis (One More), Aaron Buitron (Walking & Other Short Stories) and Jeffrey Gorney (Mysterious Places: Memoir. Journey. Quest.) fit this well. There is also Judith LaManna Rivette’s Saint Carmella’s Grotto.

Kerrie Strong is working her way into “publishedhood.” Recently, Kerrie used the word “finally” a couple times, and it was backed by satisfaction and relief.

Steven Pressfield’s The War of Art put a fire under my butt when it came to looking at motivation, getting to the grind of writing (or anything for that matter), overcoming procrastination, accepting the fact that I am my own worst enemy, pushing aside the ego and accepting self/passion, and there are many other professional integrity check aspects explored. Sure, writing 50,000 words in a month’s time is definitely impressive, but it should not stop there.

In 2005, I started a novel; chapters have been deleted more times than reworked. I’m never happy with the product. In regard to blogging, posts would have included different aspects that were afterthoughts; sections have the possibility to be written differently. Luckily, the option to re-edit is there, but the initial disappointment cannot be ignored and shouldn’t be. There have been fictitious creative posts that I wanted to rework. However, I did not, because I wanted to look at my failures as reminders. One four-part experiment progressively got worse – the first being the best post and the fourth being the worst – because I “rushed it.” (I’ll include the links at the end of this.)

Whether it’s accepted or not, it’s my personal opinion that we’re a ll creating some work of art: We’re all autobiographers. With social media outlets so easily accessible, there are worldwide and communal efforts to define society. Words are not needed all the time either. The posts written, the updates and blubbering on Facebook and Twitter, the effortless memes and blurry pictures pushed through on Instagram –  all of this is personally defining. A month is not being taken to work material, because everything is in-the-moment and day-after-day from years ago and projected into the future. With time, some of this material will mature. For some, well, the writing and updates will stay the same.

My advice is simple: Write your own story, be critical, set goals and stick to them, and succeed at your own pace. (You have all the time in the world.)

Two-wheeling in the tundra: A guide to biking year-round
Free Will Astrology
To Top