An iconic party venue banned. A football program in shambles. The most polite senior class in memory. And all of it overseen by a new chancellor, Kent Syverud, whose Dean Wormer-esque email blasts (“It is not good for a school to be labeled No. 1 in partying”) trigger more gag reflexes than PBR backwash.

Sorry, Princeton Review, but you’re wrong. If Syracuse University is the No. 1 party school in America, who’s No. 2? Carmelite Sisters of the Divine Heart of Jesus?

“Every year I’ve been here, it’s gotten more tame,” said senior Josh Stein as he and a pal worked through a few pitchers Friday night at Hungry Chuck’s.

That isn’t what I was hoping to hear. In assigning myself to investigate the SU party scene, my intent was to celebrate the prestigious No. 1 ranking, awarded in August, even if it meant having to ingest Jägermeister.

But something was amiss. On a Friday night last month, I’d driven around Euclid Avenue looking for a wild house party that could seamlessly absorb a creepy old guy claiming to be a reporter. Nothing. Instead, a Syverudian torpor pervaded the neighborhood. Small, shivering clusters of kids shuffled from one function to another — nothing you wouldn’t see at any school. The next night was the same. 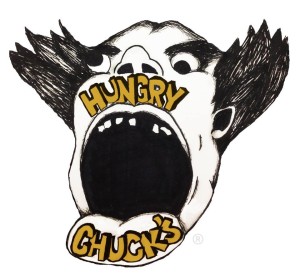 A few weeks later, I tried again, this time at Chuck’s, the graffiti-scrawled booze barn behind Marshall Street. It was 6 p.m., prime pre-function time. In my Orange hoodie and tassel knit hat, I ordered a beverage and waited for the par-tay to commence.

A bartender, Cindy, explained that things wouldn’t get going until 11:30 p.m. She warned me not to expect too much. The Class of 2015, she said, is one of the most low-key she’s seen in 10 years. Adult townies cause more trouble at the bar than college kids, she added.

Eventually, Chuck’s filled with hundreds of young revelers, many of them dressed up for Date Night. No one I interviewed bought into Syracuse’s No. 1 ranking. Anyone who had experienced Southeastern Conference debauchery found SU’s status a joke. A bouncer, recalling parties at the University of West Virginia, said SU doesn’t come close.

Even three Le Moyne girls insisted they wouldn’t trade their scene for SU’s.

“We have a wizard — a Dolphy Day wizard — and Tiki torches!” enthused Erin Cronin. “It’s awesome!”

My investigation had taken a sobering turn: The Princeton Review’s rankings were essentially a rotating prank meant to get under the skins of dweeby university administrators. Chancellor Buzzkill had taken the bait. Working himself into a self-righteous lather, he’d ended the outdoor bashes at Castle Court, turned Skytop into a kegless Dead Zone and stationed paranoia-inducing campus cops outside Chuck’s.

But the real dagger to school spirit: Those turgid emails. I swear these are real:

Dear Orange Friends,
I am finishing up 10 days in the woods in a cabin near the Straits of Mackinac. It has been a time for kayaking and family and especially for reading. I am experiencing one of the great joys of any serious reader …

Dear Orange Friends,
…  So let’s take the “party school” label as a wake-up call at Syracuse — a call that we have two things to work on. One is to make people around the world even more aware of the educational excellence here and our commitment to enhancing it and integrating it into … blah, blah, blah.

Another Dear Orange Friends dispatch ruminates on whether the first syllable of Syracuse should rhyme with “deer” or “bear.”

I am asking our Department of Recreation Services to organize a competition between deers (sic) and bears at the start of the fall semester. They will pick the rules. Whichever team wins, I will say it their way for the rest of the year.

Jolly good, Kent-o! And then we can close the sexual assault advocacy center and make it harder for poor African-American kids to attend SU!!!
I need a drink.

On second thought, make it a Jägermeister.

Quickie: Cripes! As if being the No. 1 ranked party school wasn’t bad enough, SU was just named the 11th sexiest university in America. Time to order a whole lot of Orange burkas, Chancellor.