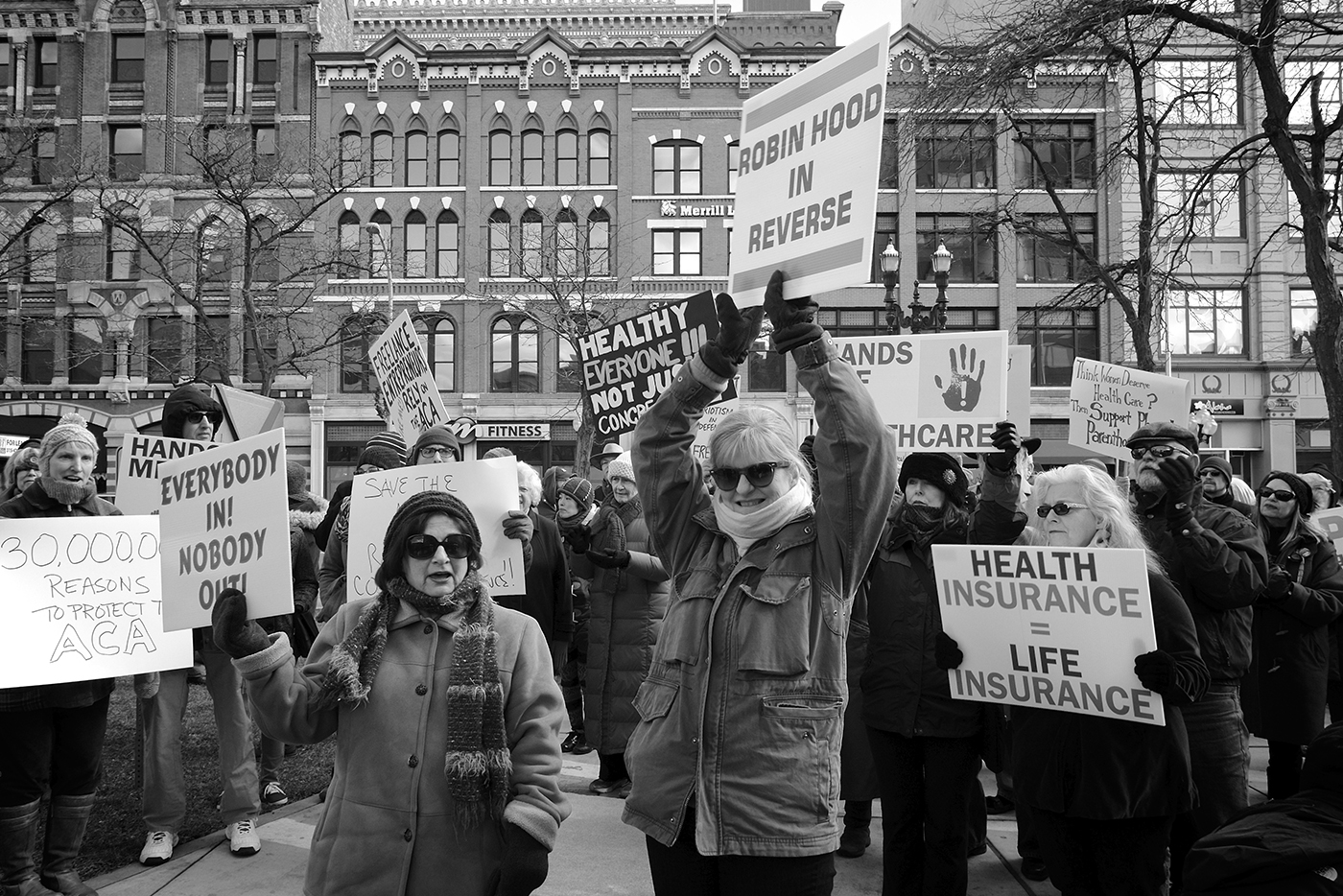 The Women’s March on Washington and other protest events connected to Trump’s inauguration highlight the unprecedented unease many Americans feel about his administration. The Syracuse New Times spoke with four Central New Yorkers involved with issues Trump’s policies are likely to affect.

“Obamacare is a complete and total disaster.”

If Trump and the Republican Party succeed in repealing the Affordable Care Act and defunding Planned Parenthood, expect an increase in unplanned pregnancies and maternal mortality rates, said Betty DeFazio of Planned Parenthood of Central and Western New York.

About 7,500 people in Onondaga County access health care through Medicaid and/or the Title X family planning program, and more than half those people go to Planned Parenthood for services. “Who is going to serve those people? There’s no capacity to make up that gap,” DeFazio said.

Planned Parenthood and its allies are ready to fight threats to their funding and services. The day after congressional Republicans moved to repeal the ACA, New York Attorney General Eric T. Schneiderman introduced legislation aimed at protecting and enhancing New Yorkers’ access to free (without a co-pay) contraception.

The number of people offering support is overwhelming, DeFazio said. “People are coming in off the street with cash and checks,” she said. Planned Parenthood’s Annual Day of Action in Albany is set for Jan. 30. The lobbying day last year drew about 400 people; this year more than 1,500 have signed up, she said.

The support “shows how much people rely on Planned Parenthood because there isn’t anyone else to turn to,” DeFazio said. “Planned Parenthood is not going anywhere. We’ll continue to be the advocates for reproductive health.”

“When we have accomplished all of our enforcement goals, and truly ended illegal immigration for good, including the construction of a great wall, and the establishment of our new lawful immigration system, then and only then will we be in a position to consider the appropriate disposition of those who remain.”

Since the election, Diane Chappell-Daly’s clients have been worried what will happen to them. “Deportation is the top concern,” said Chappell-Daly, a Syracuse lawyer who works on immigration.

President Obama’s November 2014 executive order expanded the 2012 Deferred Action for Childhood Arrivals (DACA) program that allowed immigrants under 30 years old who arrived as children to apply for deportation deferrals and for work permits.

“They came to the United States not of their own volition,” Chappell-Daly said. “They had background checks. They got Social Security, they pay taxes, they go to school.”

Now those people worry that the U.S. government will use information they provided for DACA deferral requests to deport them. The fear has “created this shadow society,” she said. “People can’t participate fully in the community. They don’t send their kids to school. They take jobs that are dangerous. They’re afraid to report crimes.”

She’s heartened by Syracuse Mayor Stephanie Miner’s support. “So long as I am mayor, the resources of this city, including the Syracuse Police Department, will not be used to help enforce federal anti-immigrant policies,” Miner said during her Jan. 12 State of the City address.

“We’re in a time when the administration is putting forth extremely conservative and out-of-touch policies,” Chappell-Daly said. “My hope is Congress will be responsible and humane.”

Young people at the Q Center are watching carefully to see what the new administration does on LGBTQ issues. “While Trump was wrapping himself in a pride flag at some events, he was putting people in powerful positions who clearly have anti-LGBTQ positions,” said Moe Harrington O’Neill, development manager for the Q Center, which provides education, support groups and programming for lesbian, gay, bisexual, transgender and questioning youth and their families.

“Regardless of what people want to think, there is a permission that has been given to people that are more conservative or alt-right to be able to say what they want to say regardless of how it makes other people feel,” Harrington said.

Anti-gay and anti-trans attitudes already harm upstate youth, she said. “Our LGBTQ homeless numbers rival New York City’s,” she said. “Twenty-five percent of the kids who come to our centers are homeless. They’re thrown out for who they are and who they love. They’re already struggling.”

Trump’s behavior has normalized bullying for already marginalized people, she said. “These are kids that suffer at the hands of real painful exclusion and literally feel there is nowhere for them to go and no one supports them at all,” she said. “There are devastating, forever consequences to bullying.”

Q Center staff are “trying to be positive and proactive,” Harrington said. “They need to stay focused and vigilant in their own lives and make sure local politicians know their concerns.”

“(The phrase) ‘black lives matter’ is very divisive. The first time I heard it, I said, ‘You have to be kidding.’”

Herve Comeau, a Black Lives Matter (BLM) organizer in Syracuse, remembers Trump’s dismissal of the movement. “I don’t think he gets it all,” he said. “We’re not anti-police. We don’t stand against the lives of anyone. We think every life is sacred. But we know black lives are disproportionally at risk.”

Trump’s comments have caused “general anxiety and fear,” Comeau said. “There are people who are really terrified about what’s going to happen.” Fear seems well placed: The Southern Poverty Law Center has collected reports of nearly 900 incidents of harassment and intimidation since Election Day.

Those attitudes don’t come just from Trump, Comeau noted. “Trying to pin this on an individual and not recognizing the problems inherent to American culture and to the Republican Party is problematic,” he said. “Getting rid of Trump wouldn’t be enough. It’s an entire structure that’s racist and misogynist.”

Comeau anticipates a strong showing for Saturday’s rally at Syracuse’s Federal Building. And like the BLM events in July, he expects the crowd to include lots of young, black people. “The event is a show of solidarity that we’re not going to be quiet and we’re not going to forget the things he said and we’re going to hold people accountable,” he said.