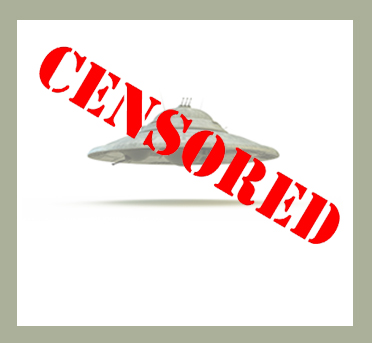 A call for hearings

It’s Time to End the Truth Embargo on UFOS!

For the past 68 weeks I have written about little known personal accounts of UFO sightings here in New York State. The stories I have shared with you have covered sightings from 1790 through the 19th and 20th centuries to present day. I have written about UFO sighting reports that have happened right here in our state, in our counties, and near our home towns. Reported UFO sighting stories that the main stream press and media either refuses to report or has been told not to report.

For over a year, I’ve told you about the nearly 2700 sightings in New York State since the year 2000 through 2013. Most of you know there’s something more to all of this than the stupid notion that UFO sightings are made by our drunk, crazy, hallucinating neighbors.

Likewise I have illustrated that within North America, since the year 2000, there have been nearly 70,000 UFO sightings reported. That doesn’t begin to take into account the sightings that go unreported because people are afraid of being ridiculed.

People ask me all the time why the government won’t come clean about what it knows. Well it’s time to put our elected representative’s feet to the proverbial fire and tell them we want to know. Did you know that the last time the U.S. Congress conducted a hearing on extraterrestrial related phenomena was in 1968!  It’s been nearly fifty years; I think we can all handle the truth!

On November 5, 2014, 538 video copies of the full record of the Citizen Hearing on Disclosure (CHD) were shipped to all members of the United States Congress.

This will be a concentrated three-month effort accompanied by substantial media coverage.  If congressional hearings are held, it is quite likely the truth embargo on this topic will collapse.

You can help this initiative succeed.  Here’s how.  IMMEDIATELY begin sending tweets, Facebook posts and emails to members of Congress asking that they:

1. Review the DVD record of the Citizen Hearing on Disclosure (CHD) and meet with PRG’s lobbyist Stephen Bassett to discuss the CHD

2. Tell your congress-person that you want congress to hold hearings, immediately for the scores of military/agency/political witnesses ready to testify under oath to events and evidence confirming an extraterrestrial presence engaging the human race.

Let’s look as some more recent UFO sightings from around New York State:

10 October 2014: at about 9p.m. a resident of Shirley, NY went outside for a smoke. He witnessed two balls of light, which had the color and appearance of flames. He says they just appeared and after several minutes flying together they just disappeared.

11 October 2014: at about 7:30 p.m. a motorist and passengers in Pearl River, NY observed in a clear sky, an upside down V formation of four pairs of orange fire like spheres.

12 October 2014: at about 4 p.m. a resident of Manhattan saw four people pointing at the sky. He looked up and observed a white orb traveling east across the sky.

12 October 2014: at about 6:30 p.m. a resident of Batavia, NY witnessed a very bright UFO “wink” in behind an airliner. The object began darting around the airliner at incredible speed and agility.

12 October 2014: at about 7 p.m. a resident of Fishkill, NY observed a reddish orange light, due West over Newburgh, NY area. It was somewhat stationary and glowed with slight pulse.

14 October 2014: at about 8 p.m. a Parishville, NY couple had just pulled into their driveway and observed military jets overhead. After a few moments, they observed orange globe like objects playfully flying circles around the fighter jets.

The Espresso Shot (#028)
Life Through the Good Eye
To Top