Keeping a band together for any period of time is a challenge. Keeping a band running for 15 years is a miracle. The Tim Herron Corporation will celebrate 15 years with an outdoors performance at Coleman’s Authentic Irish Pub on Thursday, Aug. 7 at 7 p.m.

The band started with a core trio: Tim Herron on guitar and vocals, bassist Eric McElveen and drummer P.J. Bullock. Herron and McElveen are still with the group, along with Steve Orlando on drums and vocals and often Dave Solazzo on keyboards. Occasional guests, including drummer Josh DeKaney and keys player Mark Nanni, also plug in.

“Luckily, I love what I do,” Herron says. “I love to play. Even if it’s not a great crowd, I enjoy what I’m doing. I can find something good to take out of it. There are still some gigs you can’t wait to get out of, but I still enjoy it. I still look forward to playing. I don’t look at it like work like some guys do.” 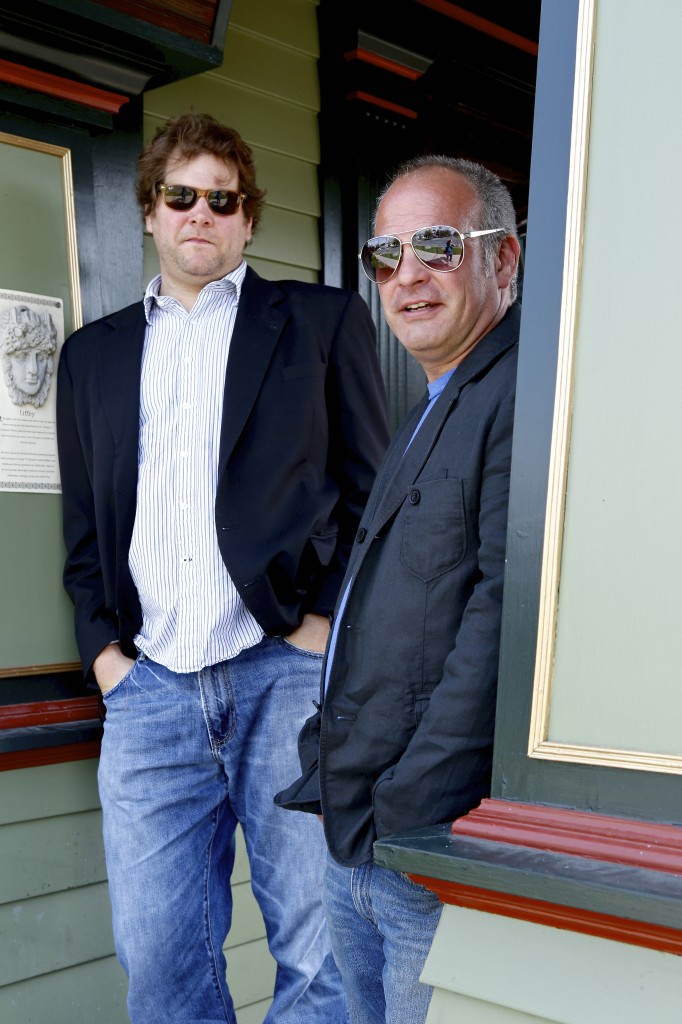 With a 1996 degree in music performance from SUNY Oswego, Herron is fluent on piano, bass, drums and guitar. He also teaches lessons on all four instruments, runs interactive music groups at PACE CNY and Elmcrest Children’s Center, is the primary songwriter for his band and handles booking and promotion.

After Herron got his start with groups like Dexter Grove and touring the country following graduation, he formed the Tim Herron Corporation. Herron, however, has never been a fan of the band’s nickname: THC.

“I hated that name,” he says. “Eric came up with that name. I didn’t want to be known as a pot band. But Eric was into a book with all these acronyms, so it couldn’t be the Tim Herron Band. It had to be the Tim Herron Corporation. It’s all good now.”

Herron backed off from playing from 2000 to 2005 when he became national director of operations for Guitar Center/American Music Group. The group slimmed down to playing a few shows a year.

When the headquarters moved to Maryland around 2005, Herron opted to stay behind. By 2008, the band was picking up gigs with even more vigor. Meanwhile, Sterling Stage, a festival series run by McElveen each summer, was also ramping up. The band found itself getting increasingly busy, leading to the full schedule they now maintain.

Herron is proud of where the group stands in 2014, saying it’s “the best sounding” yet. “We morph into these different styles,” he says. “We’re always being influenced by music that we hear. It’s exciting to be able to listen to that and I change my styles up all the time. I think it reflects in the band, too, and the guys we choose.

“Right now we’re all into dance-type stuff,” Herron continues. “Synthesizers: We would have never even thought of that years ago and we love that stuff now. Who knew Eric and I would be influenced by bands like LCD Soundsystem?”

Although they also cover artists spanning Pink Floyd to Lorde to Pharrell, the group remains primarily original. “It’s important that we have original bands (in Syracuse),” Herron says. “Places like Al’s (Wine and Whiskey) that ask for that (original music), they don’t get enough credit.”

Fifteen years is an accomplishment, yet Herron isn’t surprised by the longevity. “When we started this band, we expected it to go on forever,” he says. “We have no delusions of grandeur: We just want to keep it going as long as we can. We have fun doing it and that’s the important part.”

Skaneateles Fest: Welcoming the Old and the New
Charley Orlando Brings Sunshine to The Ridge
To Top