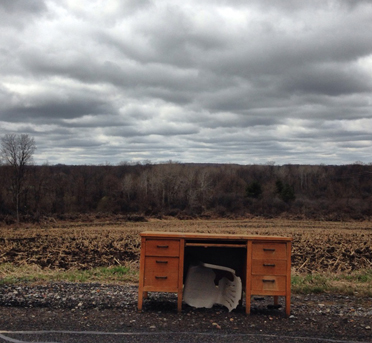 It’s all about perception.

“The world is a wonderful chaos, a cacophony of voices of one sort or another, which sometimes sounds like beautiful music.”

– Ursula, author of An Upturned Soul

It’s all about perception.

That one-liner above was uttered by my cousin on Easter, and it stuck with me despite the amount of gin and tonics he and I had consumed. It’s fun to discuss writing and literature (What’s up, Ernest Hemingway?) when you have a fun little buzz going.  However, Hemingway encouraged this sort of thing — alcohol-infused discussion about literature and life (most importantly). The machismo way, he boasted.

Last Tuesday, I had a chance to meet up and enjoy a Brooklyn Pickle lunch with local writer and SNT contributor, Mark Bialczak. He complimented me by saying that I’m a puzzle; pieces of me are given through my writing, but just a small amount of info is truly given; he enjoys trying to figure me out. It was very cool to hear that compliment; if it wasn’t, well, it was taken as one. As a reader of the thrice weekly also known as The Post Standard/Syracuse.com/Syracuse Media Group, reading a music column of his was always anticipated. He still does music, and he writes about movies, and he writes about life. Give his personal blog (click his name above) a read.

This realist, who wants to be more romantic, who aims to be more spontaneous and hopeless often boasts and writes about his adoration for fate and coincidence, who contradicts all of this by saying life is not a movie, is now going to tell you that life is — in fact — a movie.

Whether the movie is a blockbuster, made-for-television, or low-budget/independent is up to you.

This train of thinking can be partially blamed on improv. Improv has been enlightening. It’s helped with writing. It’s helped with openness, with creativity, with listening and communicating. It’s helped me sound like a jackass, but a confident one. In practice or on stage, fellow improvisers attempt to tell the audience a story. Sometimes we do well. Sometimes we suck. Regardless, the audience leaves entertained. The point is not to be funny; if you try to be, the more likely the scene will fall flat — flat like new Saturday Night Live episodes without Justin Timberlake. The point is to take serious topics and tell a story on the spot. There are no props. The point is to tweak life. In Saturday’s practice/class, a serious scene was had between a fellow improviser and I; it was played out and no one laughed. We tweaked it. Instead of my character’s mother dying, the goldfish died instead. The latter got more laughs from our peers.

Tweak life — the only two words that are important in that last paragraph.

Don’t focus or force life or occurrences. Let life play out. It’s important to focus on emotions, embracing them and accepting how certain things make you feel. There is no intention of getting sentimental here. If life is a movie, it’s your movie. Due to the quality of programming, life could be your own television show with seasons broken up as years. Each season finale is up to you (i.e. the cliches of a birthday or New Years), and — if you so choose — you can have as many mid-season finales as you’d like. The only difference is that your audience would not have to wait six months for the next installment; this can range from a week to a few hours. It, life, is what you make it.

OK, the point has been made. As members of reality we take our feelings to the nth level. We take our sadness, humor, happiness, despair, anger, melancholy to their very own Notch 11. Life needs to be taken seriously. Even happiness and laughter needs to be taken seriously; laugh hard and laugh loud. Whatever we are dished, we must accept and resist the urge of writing one of those awful ambiguous Facebook posts or tweets that reads, OMG I can’t believe this is happening!, with every grammatical and acronym annoyance included. This tactic may or may not give you the attention you — the craver — are looking for, but keep in mind that you’re (hopefully) going through some existential moment or growth. Whether your experience is extremely positive or detrimentally negative — you best not be crying wolf — it’s your personal duty to not let the moment go to your head or bring you to an all-time-low with no hope of fighting the pain bestowed upon you.

[Author sits up and back in his chair, crosses arms, raises one hand to cover his mouth and chin]

…is open to interpretation.

For this segment, I would like everyone to welcome my special guest, Mandy Patinkin. He’s reprising his role as everyone’s favorite Spanish sword fighter, Inigo Montoya. Say hello, Mandy … err, Inigo.

This is the last day of April, and it’s my first mid-season break. The end of the first third of my 2014 season leaves whatever audience with cliffhangers, enticing edge-of-seat nuggets that yield such anticipation to literally make you have to pee.

Dammit, Inigo. I know what literally means. A good chunk of society does not.

The funny thing is… these so-called cliffhangers are typical aspects of life. In this third-of-a-season finale, the writer is willing to take on any job to stay in his hometown. However, knowing the job may not be the best fit or really enticing to him, money is money.  The employers may wonder about his current job searching for bigger-and-better despite recently being hired to the team. However, employers need not worry if there is room for growth within the company or the job is simply a great fit. It’s not about money; it’s about doing what one is passionate about.

The character sits at his desk and bewilderingly stares into the wilderness. 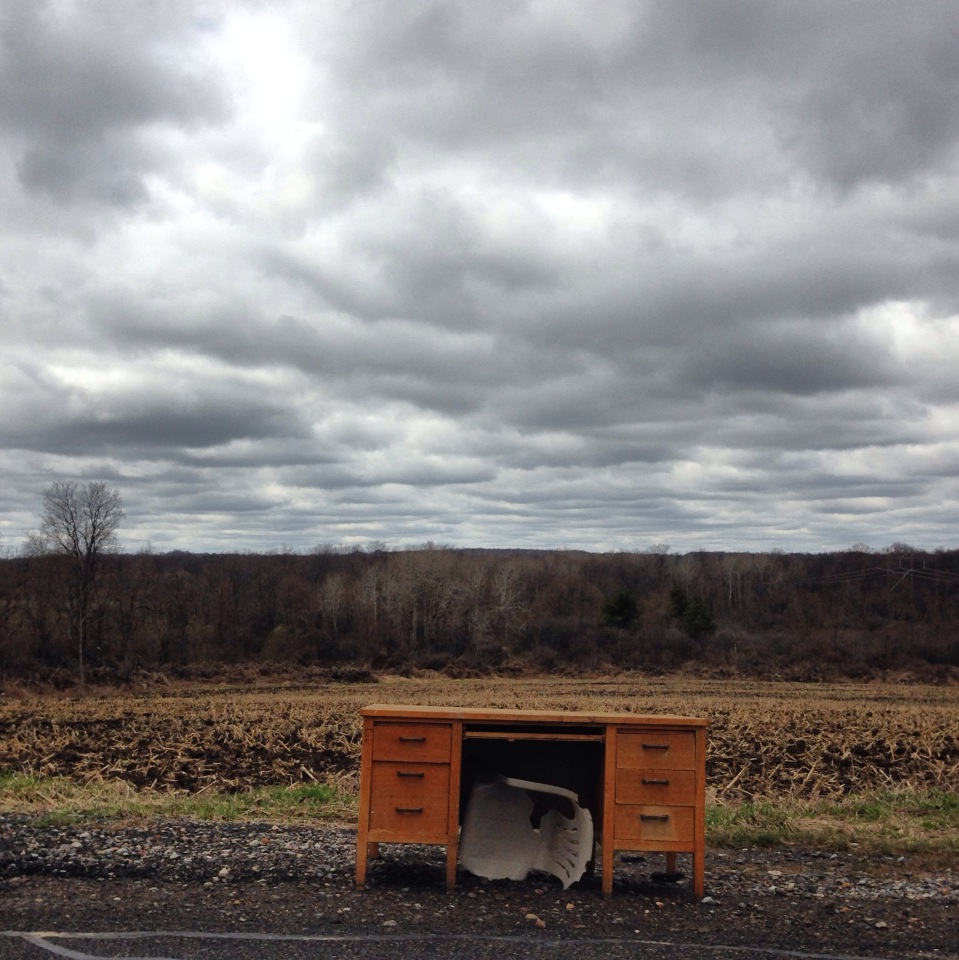 The character’s brother’s engagement occurs in this last episode (episodes can incorporate a day to a week).  After several years together, the cool and relaxed proposal goes off with a hitch and without an error. The couple has been together for so long that you’d need six fingers on one hand to total up the years, to the date, that they’ve been in love.

Dammit, Inigo, err, Mandy! We got it. No reason to jump out of the blue like that. Why the hell did I invite you? Put your sword away and sit down. I know you need it for the role, but be careful. Thank you.

Lastly, the final season ends with a nail in the coffin. None of the characters die, but a moment of realization is had. This entire first third had been filled with ghosts, reappearances, of interests in the past, and most recently an appearance was made by the last date with the overbearing personality, and that was awkward. Despite the not-so-good interactions, some were good and some did not even happen. The ones that did not happen were with actual past interests that I did not have the courage to ask out. It is said, He who hesitates is lost, and — due to past fallacies — my picture is probably right next to this saying.

Another oddity, considering the ever-consistent time as a recurring motif. There has to be some explanation as to why the 90 percent of my checking the time results in seeing double numbers (i.e. 12:12, 13:13, 14:14) — my phone is on military time.

However, when doors are closed windows are open. Potentials, new and old and lingering, still baffle the mind. It’s entertaining to me that I know there is a different route that will be taken with any of these potential partners, or even a Mail-Order-Bride. The new potentials will find me too boring or out of my mind, because I’m not a bad boy.

Curiosity and wonder plague my mind. Some of the What If’s? have stuck around, and facing the fact of reality helps me laugh in its face. We are here to take risks and write our own lives. The choices we make, for better or for worse, bring us somewhere, but we end up right on track regardless. Some of us don’t. A path was explained to me last autumn, and bits and pieces are falling into place, but not specifically; it’s hard not to ask myself when this all is supposed to come together.

However, I’m still captivated by this one beauty, who is too far away to even whisper an attempt. We always are most attracted to the ones out of our reach.

It’s all good. Second part of the year starts tomorrow, and I’ll see you all Thursday. For now, I’ll be welcoming the sunrise and sunsets while sitting at my new desk. There’s a pen and a blank sheet of paper. I’ve decided to relocate with the new weather. Windows don’t cut it.