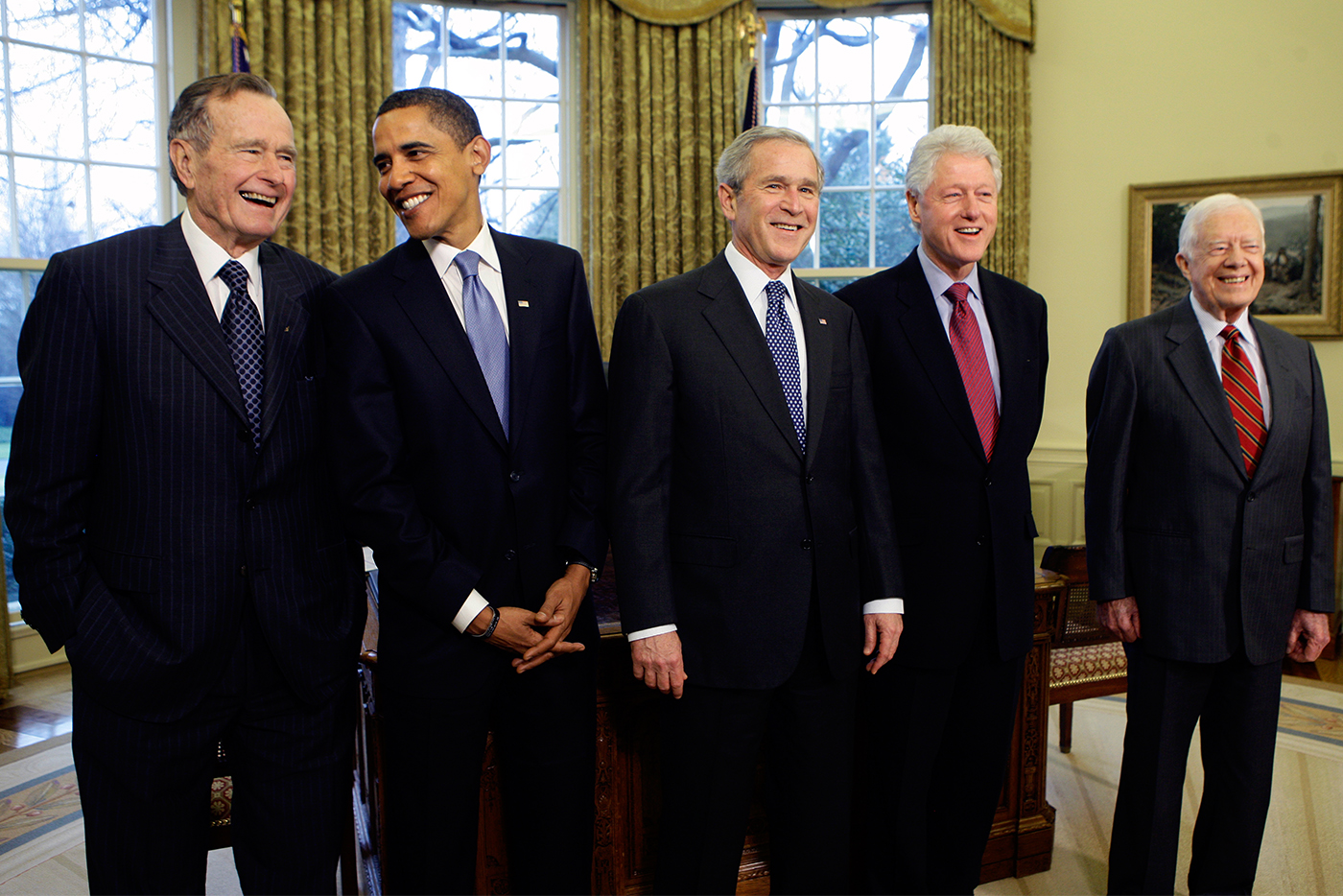 Incumbent parties have not had much luck holding on to the White House.

Columnist Megan McArdle wrote back in July 2013, just seven months into President Obama’s second term, that there was a 70 percent chance that Republicans would control the White House and both houses of Congress in 2017, a claim she acknowledged received a lot of pushback. Her argument for such a prediction was simple. She says “mostly, the White House flips back and forth like a metronome.”

Next week when Donald Trump is sworn in as the nation’s 45th president, he will be the latest edition to a political pattern that has inherited the White House for much of the last half-century. Incumbent presidents have been very good at winning. But incumbent parties have not.

President Obama had hoped he would be watching Hillary Clinton be sworn in on Jan. 20, and put in an enormous amount of effort to make that happen. But Obama now joins George W. Bush and Bill Clinton as the third consecutive two-term president to see a member of the opposite party succeed him. The metronome has swung back again.

While Trump’s victory was vastly unexpected by just about every model possible, history shows us that we shouldn’t have been so surprised. It is extremely difficult for Republicans and Democrats to hold onto the White House for more than eight years.

Indeed, such a political feat has only been accomplished three times in the last 100 years. Republican Warren G. Harding was elected in 1920 to lead a nation weary of World War I and eager to focus on domestic issues. Thanks to the economic boom of the Roaring 20s, Republicans were able to keep the presidency for 12 years.

Then the Great Depression ushered in Franklin Roosevelt and his unprecedented four victorious elections, followed by Harry Truman winning a term of his own after Roosevelt’s death, locking Republicans out of the White House for two whole decades. Then after Ronald Reagan’s landslide victories in 1980 and 1984, George H.W. Bush was able to decisively win Reagan’s third term in 1988.

The elder Bush also stands out because he was the first sitting vice president to win an election since Martin Van Buren in 1836. We’d like to think of the vice presidency as a convenient stepping stone to the presidency, but it’s actually a hurdle very few have been able to overcome.

Vice President Richard Nixon was bested by John F. Kennedy in 1960, but then won eight years later by defeating then-Vice President Hubert Humphrey. And hanging chads and butterfly ballots kept Al Gore from returning to the White House with a promotion in 2000. We can only speculate on the success of Joe Biden, who danced around the idea of running in 2016 for some time.

Hillary Clinton wasn’t Obama’s vice president, but she was clearly his choice for an heir apparent. She had been his secretary of state, pledged to preserve and build on the work he had started and was a noble of the Democratic Party. In many ways, Clinton was the 2016 version George H.W. Bush in 1988: Both had been former primary rivals of the presidents they went on to serve under, then hoped to use their respective presidents’ high popularity as a way to follow them into office.

What makes Clinton’s situation unique is something rarely talked about during the campaign. Obama had a 56 percent approval rating in the months leading up to the election, much higher than the last few presidents at their time of leaving office. Yet of all the presidents since 1950 who were able to win two terms, only one received fewer votes in his second election than in his first: Barack Obama, who predicted he would’ve beaten Trump had he been on the ballot. There are many, like self-described liberal Politico contributing editor Bill Scher, who have strong doubts about such a bold statement.

These presidential patterns have endless factors, be they wars, economic conditions, scandals, unpopular candidates and so on. But fundamentally, Americans are simply impatient. Americans have a short attention span. Americans just simply get tired after eight years. When they feel one party isn’t working, they’ll vote the other one into power.

“Change” was a word on Obama’s lectern in 2008. It’s also a word Trump used repeatedly during his stump speeches. American frustrations with their government always makes for “change elections.” Clearly, the last three presidents have struggled to find just the right message to convince enough people to keep their party in power.

And when it comes to an election about change, Trump is about as radical a change as can be measured. Meanwhile, Clinton represented the exact opposite, not just because she served in the Obama White House, but because she’s part of a political dynasty. And people have a strong distaste for dynasties after a certain point. After two Bushes and one Clinton have reigned for 20 of the last 28 years, another four or possibly eight with another Clinton was evidently something the country wasn’t interested in.

The seesawing of our national politics probably won’t change soon: The country is too divided for that. Any talk of electoral dominance over the last decade, and there’s been a lot, has been purely fantasy.

People change. Parties change. Conditions of the country change. And no matter how much power a party has or how popular a president is, that metronome is bound to swing back, sooner or later.