Music writer Jessica Novak chats with Keb’ Mo’, who will soon bring the blues to Syracuse

Hot on the trail of his 12th studio album, BLUESAmericana, Keb’ Mo’ is bringing his sound to Syracuse. The disc was nominated for Best Contemporary Blues Album at the 2015 Blues Music Awards and recently named one of the Top 100 Americana Albums of 2014 and Mo’ has been performing to support it over the past year.

For two decades, Mo’ has performed and collaborated with artists including Bonnie Raitt, Jackson Browne and Buddy Guy. He also toured with blues legend B.B. King: “We used to look out the window and talk about everything from presidents to hot chicks,” he recalls.

On June 19, 9 p.m., Keb’ Mo’ will visit Syracuse University’s Schine Student Center, 303 University Place, for the annual Syracuse Stage Gala. Concert-only tickets for the fundraiser are $45 and available by calling 443-3275 or by visiting syracusestage.org. The guitarist took a few minutes with the Syracuse New Times to talk about B.B. King, being honest in his songwriting, and defining the blues. 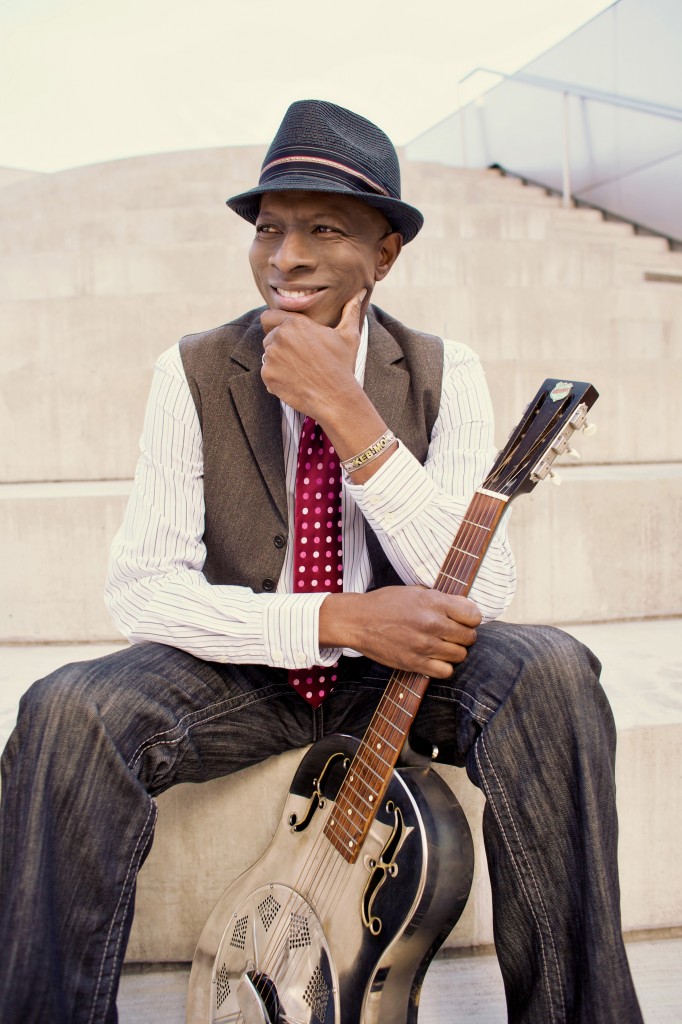 KM: It’s stories about life. It’s very personal. I worked really hard on it and think it’s probably one of my best records.

How does it feel being so transparent and personal in your songs?

KM: That’s what I do. Emotionally, I put it out there. As an artist, it’s kind of like my dharma in life: to share my experiences, to share my joys and pains in the music. That’s what the blues is all about: being truthful and sharing your truth. Then the listeners have their own truths. It’s a meeting of emotions through similarities in life and then relating on another level.

How does it feel when people tell you how they connect with your music?

KM: When they tell me how they feel about the song, it’s not validating to me. It’s validating to the concept. It tells me what I’m doing is having a positive effect on people. That’s very gratifying like, “Wow. I did something good.” That’s more like it. It’s something to go along with their daily life. Of all the things that help us out in life like the grocery store, clothes, having a car, having friends . . . then I’m a small piece in the fabric of society that helps.

How do you define blues music?

KM: The obvious answer is it involves 1-4-5 chords. It’s a simple melody and a simple story. Getting in there. Get gritty. The blues itself is emotions, usually of hurt. The way I think of the blues in music, I enjoy it. It’s healing for yourself and others.

You play music reminiscent of early blues styles. What is the common thread between the music of the past and what you do today?

KM: It all comes forth out of life. The blues started back in the early 20th century, and grew out of the conditions of society in the rural Southern inner cities. It was from desperation and a need to have some kind of outlet to make them feel better. They went to the blues. The object of that music was to inspire a downtrodden society that needed inspiration.

KM: The sound of the blues and the sound of the church are both a great cry. It calls out to something greater. It’s asking for satisfaction. It’s a cry to be heard. It’s all about trying to find yourself and find that feeling. It validates itself. That’s not Hollywood. That’s real life coming through the music. It’s real life.

Do you think the blues tradition is still alive and well today?

KM: Art can’t die. The blues is so deep in modern music and history: It can’t die. It’s part of who we are. The feeling is always there, but it’s morphed. It’s in hip-hop, rap, punk rock. It’s different feelings, but things that have to be expressed. The blues didn’t die: It finds different ways to come out.

B.B. King passed away recently. Tell me what you thought when you heard the news.

KM: I was born in 1951. B.B. King has always been there in my life. This is the first year of my life without B.B. King. To a lot of people in the whole world, he is and will always be the king of the blues. There will be no other. Other people will play and play well, maybe great. But there will only be one king of the blues. He overcame everything and became adored by the world. He was a diplomat and a treasure. He was more than a guy who played the blues: He played them like no one else could.

He took me on tour and he would always take me aside and talk to me. He would share everything. He’d talk about his life. He was very kind and very intelligent. He was a wise, generous man. I felt especially honored to spend that great time with him and, looking back, I treasure it more. I knew it was special at the time. He would walk into a blues club and people just swarmed him and I would watch the way he walked through the crowd. He shook every hand. He looked everyone in the eye. It took a while, but he was so patient and gracious to every person. That’s how a king acts. It was the way he carried himself. He wasn’t a king who was a ruler: He was a king by example. 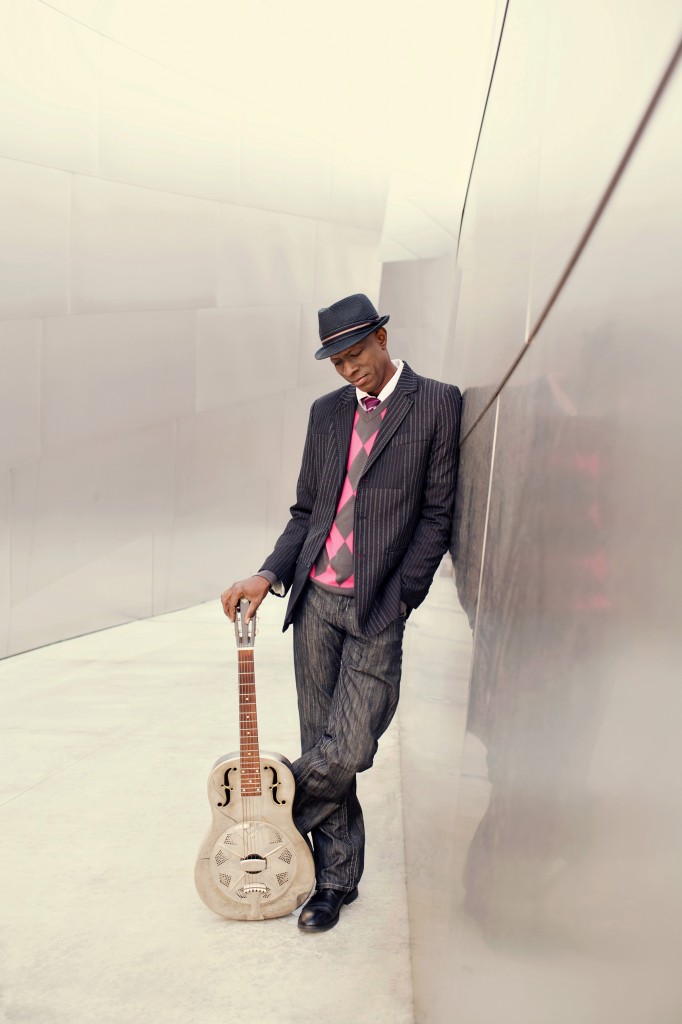 That’s an incredible experience, being so close to him.

How do you see his tradition carrying on?

I understand you have a son in music.

KM: Yes, my oldest son, K. Roosevelt. That’s my boy. He’s in that world, writing beats. He’s good at what he does and is a drummer by nature. I used to take him on gigs with me. If I was tight for a drummer, I’d call him up. He fucking nailed it. He’s cool and giggin’ out. Sometimes I’ll play with him, but he’s so busy. But sometimes we’ll play and hang out. It’s the coolest.

KM: First of all, don’t do what I do. Get really good at doing what you do. It’ll probably be illogical, but just do it. That’s hard for a lot of people. Trust who you are and then let them see. Trust in yourself. You are the best you. And one other thing: Don’t measure success by money.