“Avoid clichés,” said every writing teacher I’ve ever had.

Here I am accepting the loss of another word configuration and breaking that cardinal rule.

College has been the fastest four years of my life.

Originally from Central New York, I ventured out of the Empire State and into the Green Mountains to attend Castleton State College of Vermont.

While my naïve 18-year-old self was unsure of what to expect from my small campus nestled in a valley near the base of Killington Mountain, I will admit to having a slightly irrational fear of being subjected to excessive amounts of trail mix, tie-dye and hemp. Thankfully the past four years have broken down these stereotypes and opened my eyes to more experiences than I could have ever imagined.

My athletic career and job opportunities mixed with my own curiosity have allowed me to travel throughout the New England region and witness the natural beauty that surrounds me.

With my senior year threatening to begin, I spent my summer chipping away at my “Castleton Bucket List”. From the lakes and mountains to the breweries and dining options, and even a few thrill-seeking adventure to add to the mix, I want to cross the stage in May content that I have taken full advantage of every opportunity the area has to offer. To my parents’ dismay, this bucket list may have taken me beyond the necessary college experiences.

With Saratoga Raceway in such close proximity I had to try my luck on the ponies at least once. There might be a few more dollars than I would like to admit in the hole but a day at the track is never poorly spent.  Next time I’ve decided I won’t cheer for the horses, I’m positive they heard me and slowed down. 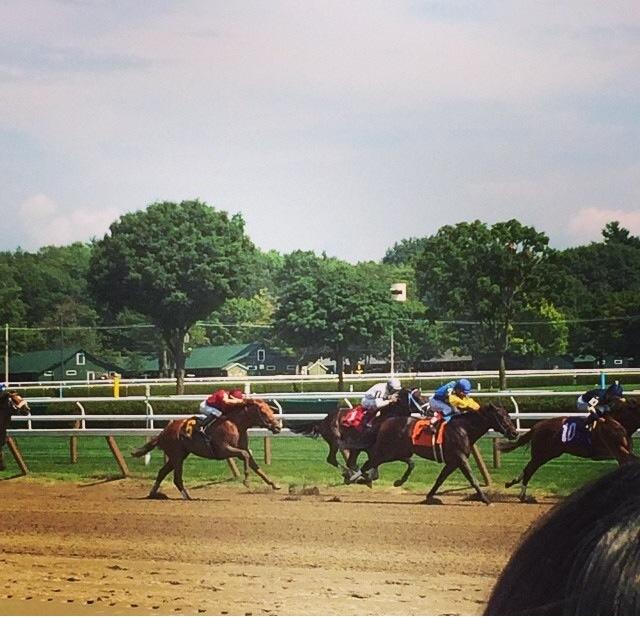 Despite my lack of luck at the track, I still found skydiving from a company run out of a trailer on a donkey farm to be a positive life decision. After suiting up and getting a brief lesson on the equipment and what chord to pull when, my friend Katie, two instructors, our pilot and I piled into the plane with one seat and a few floor buckles.

At 11,000 ft., the instructor strapped to Katie opened the door, positioned her in the opening of sucking air, turned her head towards mine, waved her hand goodbye and disappeared into the sky. 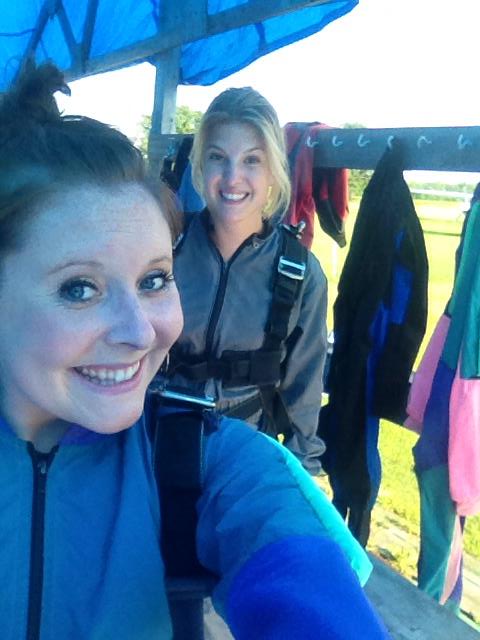 Then it was my turn.

Holding at 11,000ft. my instructor positioned me at the edge of the doorway so my legs dangled out and my feet lightly caressed the metal bar beneath them. He rustled behind me and suddenly forced me out the door into a freefall.

In the midst of the fall we twisted with our backs to the earth and eyes locked on the plane we came from. With the wind threatening to contort my body out of control, the instructor flipped me back over and we continued to freefall for another 45 seconds.

Then, with a strong force to my hips the opening parachute brought me to a standing position in the sky. With Lake Champlain to my right and luscious green farmland extending as far left as I could see, we floated back to the ground.

As an avid runner, I’ve explored the serpentine trails that wrap around my campus and extend to the neighboring towns. I used to joke saying I could run forever on the trails with all of the engaging sights, until one afternoon I became so distracted by the scenery I found myself six miles from home with hardly any cell service. Running over 12 miles in the steaming haze of mid-summer caused me to lose appreciation for that joke immediately.

Standing surrounded by mountains that pierce the soft blue sky and gently kiss the passing clouds my mind wanders to its peaks and drives me to higher altitudes. This summer I embarked on many local hikes to find that not only could my trail navigation skills use some work, but also that the more enticing views are where you least expect them.

An evening hike of White Rocks on the outskirts of Rutland gave way to a picturesque sunset as the sun melted into the Earth behind the distant mountains. 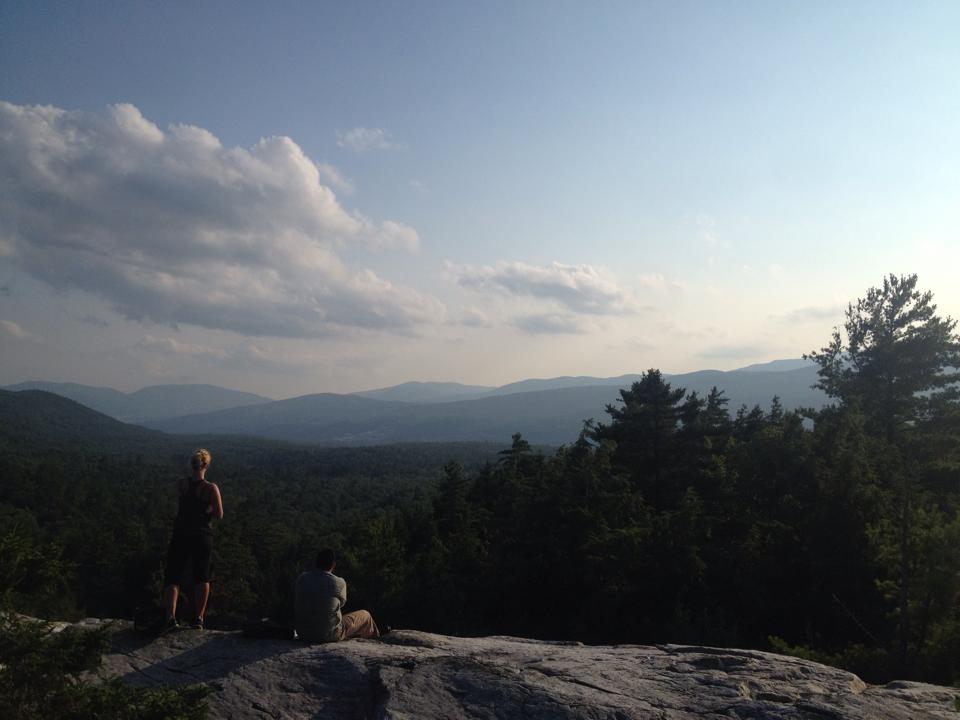 Beyond the cows, pig farms and historic battlefield of Hubbardton, a friend and I found a man-made Zen garden that opened up to more trails begging for the soles of our shoes to explore them.

Most recently, a camping trip with Castleton’s Residence Life Community Advisor Training Program took me on a sunrise hike of Olivia’s Outlook in Lenox, Mass. In a perfume of campfire and still in an early morning fog, I watched the earth come to life.

In a trip north to Burlington a few friends and I decided to quench our thirst with the craft beers at Fiddlehead Brewery in Shelburne. A Mini growler of their latest brew, Brett on the Dance Floor, cooled us down with its sweet taste and had us on our way to North Beach followed by a night at the Church Street bars.

Soaking in the late afternoon sun off of Lake Champlain we were reminded of Vermont’s lenient nudity laws as we witnessed a streaker rush into the water for a free swim. Leave it to Vermont to make a day at the beach more revealing than a night at the bars. 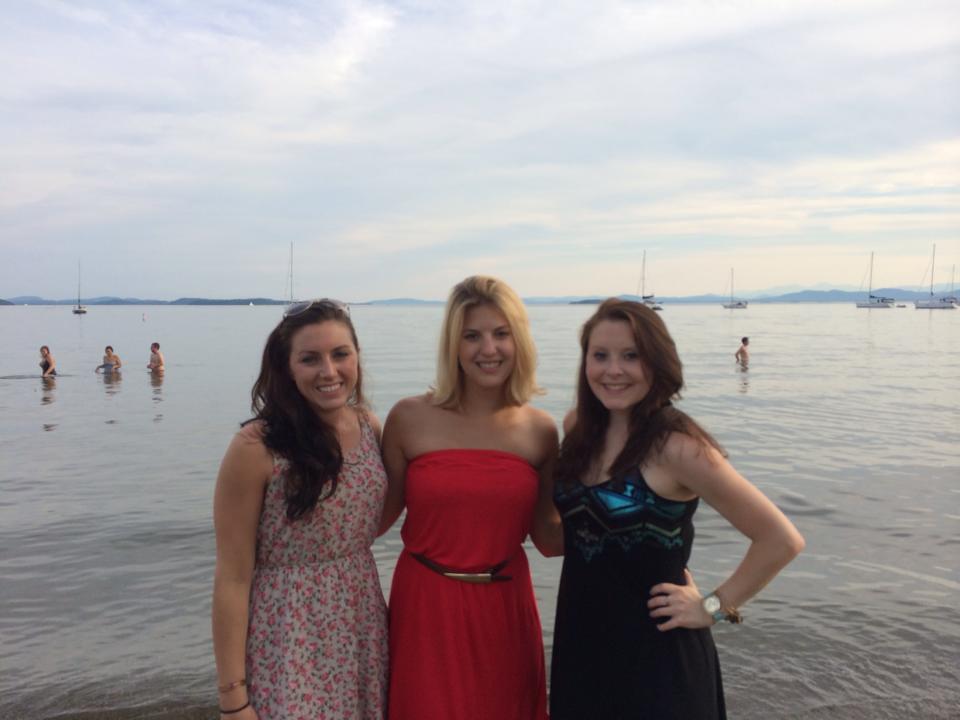 As I continue to narrow down my list in preparation to leave the place that has become my home I recognize and appreciate how timeless these experiences are. Throughout my changing ages, economic status and interests Vermont and the surrounding area will always have something to offer.

If you would like to submit a travel story or adventure for publication on syracusenewtimes.com, send your story to: [email protected] for consideration.

Finding the Nerve
Free Will Astrology
To Top