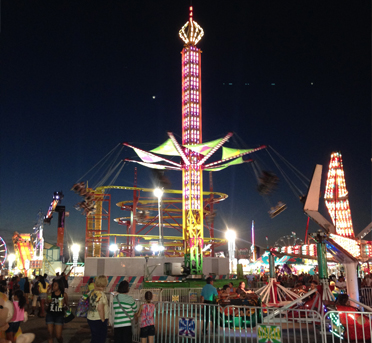 You’re not going to barf, are you?

The train of three four-person cars were at the top of the first RC-48 Coaster hill when the flashback hit. The perspective came from the smallest flying gnat that flew straight into my eye; and the insect was so small that the collision into my iris was never felt. This is when we explore the flashback, travelling back to my younger self in the family den, and I’m walking backwards while peeking through my fingers at a horror movie — let’s say Hellraiser — that was playing on television. This was brought upon by myself. Let’s flash forward a few years at Disney’s The Haunted Mansion. Flash forward more years later to the first time riding [Six Flags] Darien Lake’s Mind Eraser. As the years progressed, bravery developed, and the more intense rides were (eventually) conquered.

This includes social anxiety, surrounding and being surrounded by a spectrum of strangers of all ages.

The gap between Sunday night’s rides and a Darien Lake high school graduation (yep, dating myself) outing has been 13 years. It takes a lot of coaxing for me to get on any thrill ride. Sunday (Funday) night’s decision to go on the coaster took a lot less than expected. After purchasing the tickets, after my wallet opening sneered for me, it seemed inevitable that these ride tickets would have to be put to use; whether the uses were good or bad would have to be determined.

The first decision was the docile, yet speedy, Crazy Mouse. It’s a ride made by chiropractors, and it’s everything that you would expect to experience when riding on the back of a mouse would be. Trust me I’m an expert. You wonder why the real creatures scurry and bolt, but turn suddenly after a quick snap of confusion; well, this ride did the same. Also, if you ride the back of a mouse, you’re going to have to duck your head a few times. The kid and father we were stuck with were good sports (despite the two of us wanting to be in the mouse by ourselves), and it made the ride a little bit more fun.

So the ride is a bit jerky, and this is true for the turns; you get knocked around a little bit. But this sort of thing happens when attending the Great New York State Fair. Whether you like it or not, we’re knee-deep in the extravaganza that practically ends summer. It separates the extroverts from the introverts. Attending allows you to easily separate the hygienically conscious from those could-care-less folk. Attending the fair not only has free shows about fire safety, but there are free constant reminders about the importance of “wrapping it up” and that brushing your teeth six minutes per day (in two-minute increments) isn’t a waste of time after all.

Let’s not forget about the piglets that race, 25-cent cups of milk, free hour-long (endless) beer sampling sessions a couple times each day (thank you, Saranac), and so many great local businesses of all kinds showcasing their wares. And speaking of beer, Empire Brewing Company‘s Showstopper Ale is nothing short of the name of the craft, definitely a great new beer to try and enjoy as you take a little break. 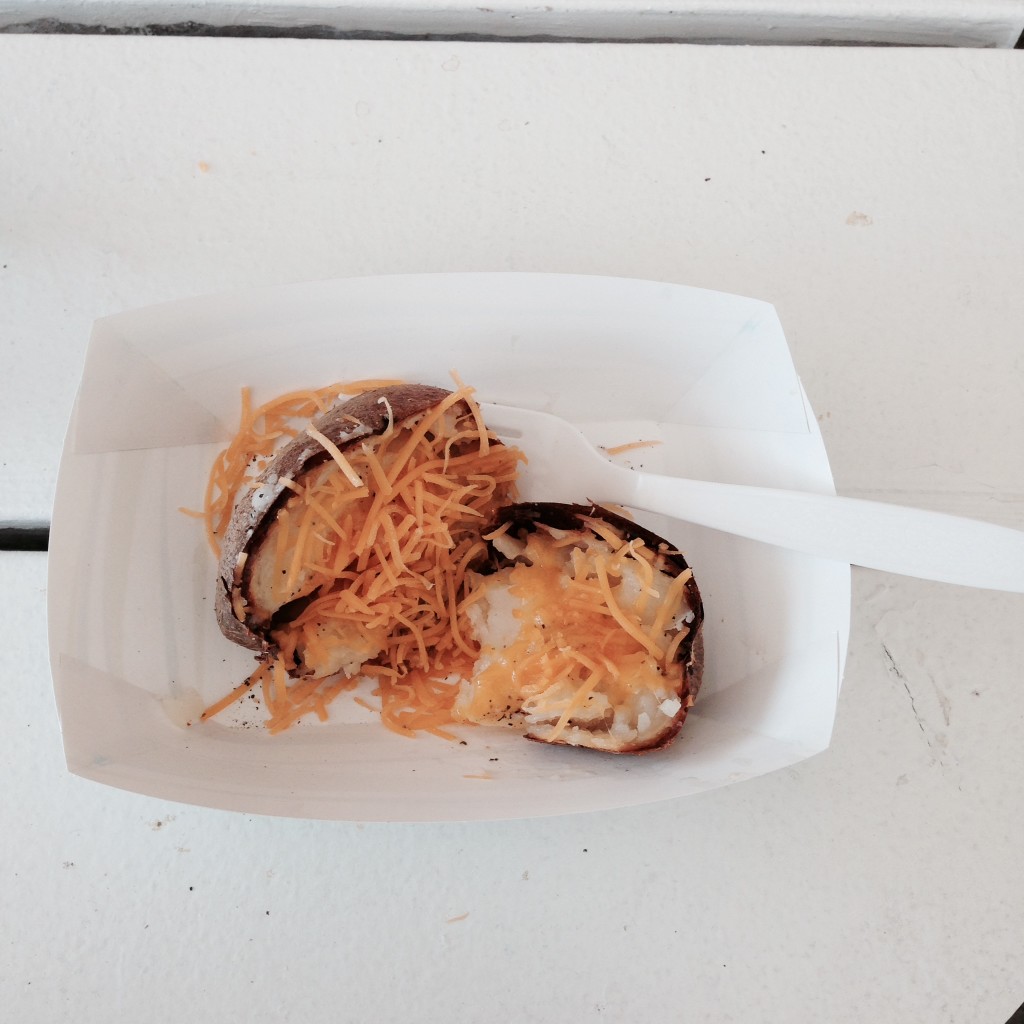 It’s important to embrace what Upstate New York has to offer, and the Fair stresses this more each year. The booths may not offer the significant temporary excitement of a midway ride, but they offer the most interesting people and facts behind where our food comes from: meats, cheese, beer, wine, syrup — all of this is delicious, and it has to come naturally from somewhere. In the beginning, our predecessors utilized the land to survive, and it’s still a necessity. These occupations of hunting and gathering and agriculture (to name a few) are frustrating, tedious, difficult, and patience-tested; however, these often overlooked aspects are probably the most important to our communities. Stressing the importance of buying local or United States products cannot be stressed enough. 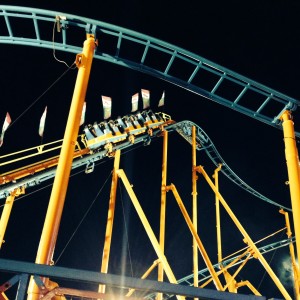 After sloshing around in a mucky iris, the world’s tiniest flying gnat — saving the realization that this is not the place for such a living — storms out of the blackness and into the night. However, it’s soon to realize that it’s nothing more than a ghost, a lost soul after succumbing to a deep slumber within the human body. The perspective faces the eye of the original beholder. And with that, everything can be seen all around. It’s a little blurry at first, a fidgety contact perhaps, and the issue is nothing a few blinks can’t fix. And that’s when the gates open.

Sometimes you have to take risks by yourself. Sometimes you’ll look to your side and see that you have a second backbone or more of support standing next to you. Out of being nervous, you recall what you had just eaten.

That London broil sandwich was a good share, right? Your backbone reassures that it was, and nothing bad is going to happen on the ride. Perhaps we ate too many onion rings.

She looks up and asks: You’re not going to barf, are you?

A pause before answering. No … That’d be silly.

[Note: Why barf? List of consumed goods: two pints of beer (many samples, many varieties), a couple waters, iced coffee, half of a London Broil, half plate of onion rings, baked potato and a half, a sample of maple cotton candy, chocolate milk, fried dough from Twin Trees.]

We have to be sure to get the front seat. She’s adorable about it. The excitement in her eyes glistens despite the being partially tired haze.

Is that so, I say anxiously. Sure.

She grins intently. We almost secure the front seats. Almost. However, the mechanical letting go of the coaster from being pulled up is felt as the train reaches the top of the first hill. The cars are let loose. We zip through the course despite a trail of yellow body odor following us the entire time. Aside the stench, this coaster revealed itself to be a perfect night cap. Rides at night are the best. (Something else to add to and check off the list.) 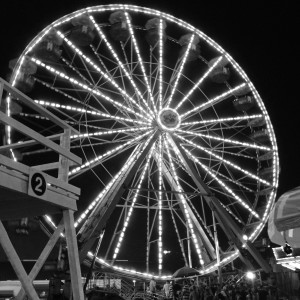 In the spectrum of coaxing, it wasn’t too much. Jumping on the Ferris wheel or that Vertigo ride would take significantly more. (Yeah, heights are a temporary fear.) But it is about embracing that fear, that fate of having your breath taken, or that fear of failing. Fail — that four-letter f-word that everyone gets up-in-arms about. As playing it safe may prevent or prolong the inevitability of such failures … well, that’s simply it — they’re inevitable. If something is new, but it seems boring, do it anyway; it’s a new experience.

It’s good to feel that nervous excitement, even if it pertains to getting out to socialize in a cluster of people. Similarly to everything else, nerves have a negative connotation to them when you’re making a poor decision. Obviously. But it’s the nerves that make us itch from anticipation, excitement, and our passions that keep us wanting more. Unfortunately, sometimes that fire fizzles out.

Does it, really? Should another match struck? Do you keep pursuing your desires, intrigues, passions? When the nerves aren’t vibrating, the butterflies aren’t churning the contents of your stomach … do you just stop? Personally, yeah. If that uncertain excitement is not there, and you can’t find the reason to keep doing so, call it quits while you’re ahead and seek other passions. If I was an actor and one day nerves stopped sparkling and confidence proved bulletproof, I’d stop acting. Continuing to do so, to fulfill that reputation just because is a conscious egotistical decision. Does it really do anything for yourself? No. You do it just to stay at the position that keeps you in the limelight, and such narcissism will show over time and with the downward spiral of quality work.

There is no heart. 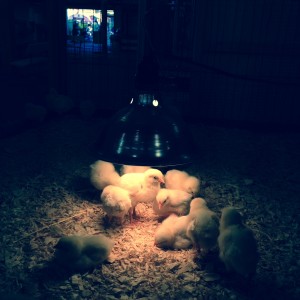 The fair might be the same year after year, but that means that it’s no reason to not attend — statistics show a correlation between these people and those who claim there is nothing to do in Syracuse — and there is the chance that you’ll run into a familiar face. The 12-day event is for you, all of you. It’s a treat that you should thank your lucky stars about. Learn about our state, its past and present. You can pet pigs and goats and rabbits and other animals. Chicks can peck at your fingers, and you can laugh at their feeble efforts. You can look at all the discolored beards. You’ll take an unintentional trip back in time to see videos from the late 80s and early 90s still playing, witness fashion in real time, and play the Count the Fanny Packs game — they’re so convenient! A month-long societal study can have all data collected in the Fair’s entire duration. And eat (almost) everything you see, and avoid the midway concessions; playing Find the Tapeworm is a terrible version of “I Got It!” (yeesh).

And don’t forget, as you’re soaring on that roller coaster with the wind beating against your face, be sure to take a nice deep inhale and allow the paint peeling B.O. emanating from the people in front of you to suspend and resonate in your head. The next time it hits you, you’ll certainly remember it enough to wince, but it won’t be as bad.