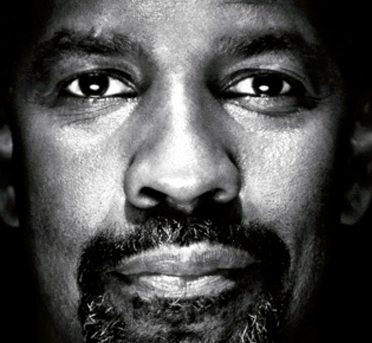 When Denzel goes gonzo, the meek need not even peek

The folks who work with quiet older new guy Robert McCall at the Home Mart store are having fun trying to figure out what he used to be in life before this job of unpacking boxes and stocking shelves and whatever is asked of him.

He smiles, always friendly if that one-step-back reserved, and gives them an answer they may or may not believe. “I was a Pip,” the good-looking man says, causing a rush to the smart phone and an old video of “Soul Train” days with the Gladys Knight back-up men busting moves, one guy with a big ‘Fro and dazzling smile looking as if he just might have been this co-worker who’d spun on the cement floor right before their very eyes seconds before to make his point for them.

Yes, Robert McCall is a man of mystery in The Equalizer. Another perfect part for Denzel Washington, really, as written by Richard Wenk and directed by Antoine Fuqua in this suspense drama loosely adapted from the CBS TV series from the 1980s. In that TV show, the star was a retired intelligence agent. So, too, we discover rather eventually, is Robert McCall.

First, though, we find him as that big-box worker with a heart just kind enough to both train and motivate a too-flabby co-worker for an upcoming test for a security guard position on their lunch breaks. Wait. He’s also a man plagued by insomnia, grieving the death of his wife by reading books and walking his Boston neighborhood streets to an all-night cafe, where he displays OCD tendencies and befriends a young hooker who works for mean Russians.

He’s struggling mightily with many things, including trying to keep his emotional distance from everything and everybody.

Fail. Big-time fail. And perfect story for Washington to go off with in this avenue of his career, the one where he likes to shoot and kill.

Yes, a stewing Washington is the perfect star for this vehicle of epic violence and intense personal mayhem, as the mean Russians beat up his friend from the cafe, played with convincing bits of coyness and innocence by Chloe Grace Moritz.

Robert can’t stay away from his past, investigates further, finds layers of evil — the Russians are Hollywood’s favorite evil empire come to invade our otherwise wonderful land now, don’t they want us to think? — turns into quite the one-man vigilante wrecking crew. 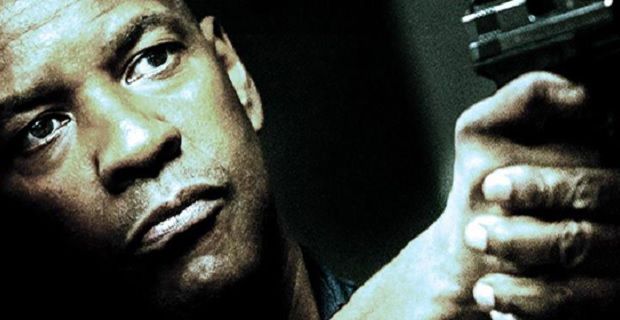 The business general sent over from Russia to solve the problem, Teddy, is as malevolent as Robert is pure of motive. Hey, millions of dollars pouring back to Russia from these gangsters are being turned away from the illegal cash register hourly, big boss Pushkin reminds Teddy, played with a stare-down that’ll make your hair stand on end by Martin Csokas — over the cell phone repeatedly.

Teddy’s got plenty of men at his side, both working in New York and sent over from the mother land, but they’re no match for Robert’s wily ways. It becomes a grisly stand-down between Robert and Teddy.

And you know who you’re supposed to be rooting for to win this match of wits and weapons. But, really, switch the flags of nations that comes out in their accents, are Robert and Teddy really that different?