Twisted troubadour Hamell on Trial makes his case during his homecoming gig at St. Clare Theater

Acoustic punk might sound like an unusual genre. But after hearing the fast, furious, loud and lyrically twisted music of Hamell On Trial, aka Ed Hamell, it makes perfect sense. After all, he’s got an album titled Songs for Parents Who Enjoy Drugs.

The one-man punk band troubadour finds himself just north of New York City these days, living the life of a dad musician. But the troubadour got his start in the unassuming Salt City, where he’ll return to perform on Friday, Nov. 29, at the St. Claire Theatre, 1119 N. Townsend St.

“Syracuse has a lot of attitude,” Hamell recalls. “It breeds that. The muscle in my music, it’s not really acoustic. The roots of what I do come from Syracuse.” 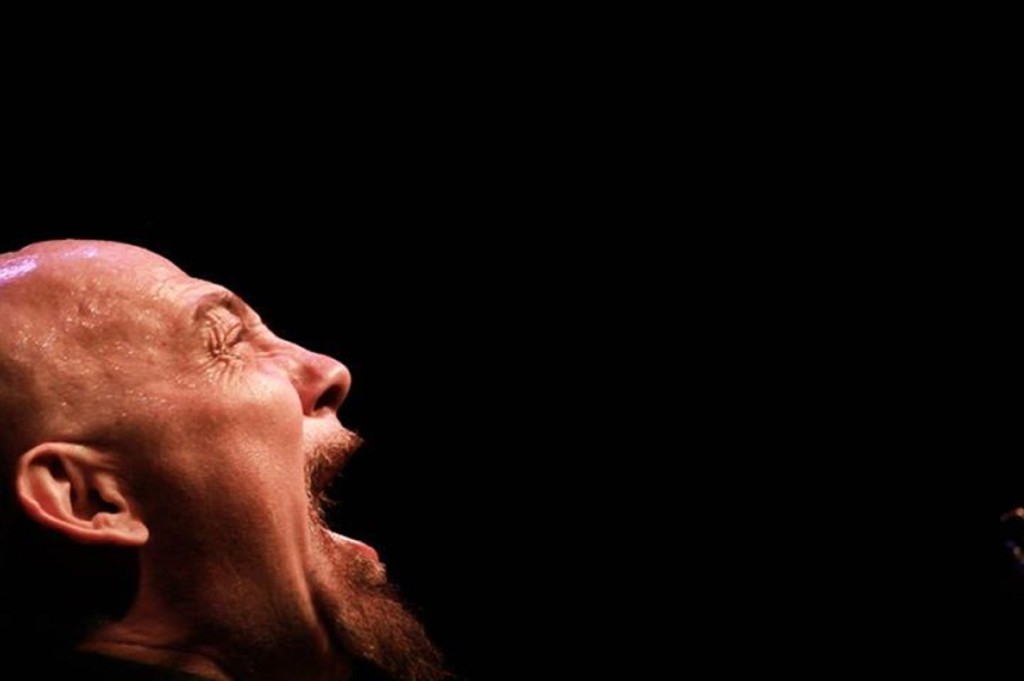 In a phone interview from his current Brooklyn home, Hamell told the Syracuse New Times about going solo, the beautiful accidents of his life and how music is his drug of choice.

You started out in bands. What made you switch to the solo act?

That was a beautiful accident. I didn’t intend to do it. I thought I was gonna start another band and I got a call from Greg Spencer at Blue Wave {the Baldwinsville-based record label} to do a benefit show. I had never done a solo show before and was pretty scared to do it. I had to borrow an acoustic guitar because I wasn’t a big acoustic music fan. But I did the set and afterward Greg was there and he asked me to do a record.

It was pretty astonishing in retrospect. I’d been bangin’ around in bands for 15 years and gotten nothing, then did one gig as a solo act and got asked to do a record. I thank Greg a lot. He had a better vision for it than I did.

If you weren’t the solo type, how did you hone your material?

My wife went to undergrad at Albany State so we moved there for four years. I started doing some solo stuff there at a café every Wednesday night and it helped me learn what I wanted to do. It freed me up to incorporate elements of my definition of rock’n’roll. There are a lot of people who would call some bands rock’n’roll that I wouldn’t. But some comedy is very rock’n’roll. My definition extends to the arts. I’ve always listened to Richard Pryor, read Hunter S. Thompson, {Charles} Bukowski. I incorporated all of that into the solo thing.

How did you end up in Austin, Texas?

We {Hamell and Greg Spencer} did the record really fast and, once again, it was Greg who said, “They’d love you in Austin. They would embrace your idiosyncratic thing.” So my wife and I moved to Austin. I got a steady gig at a lounge in 1995 and the post-grunge thing was really hitting. Austin was like Brooklyn is now. There was a huge spoken-word community that embraced what I did. I’m pretty wordy. I happened to hit it at the right time. Then I signed to a major label after a South By Southwest {music festival} showcase and then I moved to Brooklyn.

So things just worked out for you?

The funny thing is it sounds really planned, but it wasn’t. It had a lot to do with opportunities presenting themselves. It only made sense to move to Brooklyn. No big plan on my part.

Most people start with acoustic guitar, but that wasn’t your style. How did you get started?

I grew up in Eastwood. Down the street from my house was this guitar studio and I started working there when I was, like, 14. I really wanted to be a musician. I was always asking guys, “Show me this. Show me that.” I wanted to play so bad, but I never anticipated playing acoustic guitar. I was always thinking I’d be the Keith Richards to someone’s Mick Jagger. I wasn’t a great singer. I thought someone else would be the front person. But then I never found the front person. I ended up by default doing it.

And by the time you’re looking at 30, everyone’s saying, “You need a real job,” and I said, “Well, I’m never gonna do that.” I got tired of waiting: waiting for the bass player to get to practice, or waiting because his girlfriend won’t let him come to practice. I was tired. I wanted to sound like a band, but solo. Once I did the solo thing, I was like, I want to play everywhere all the time. And I’m gonna make it loud. It was all organic. I never really thought about it.

Your lyrics are brilliant, but you were focused on being a guitarist. Did you always write?

I didn’t really write my first song until I was, like, 25. Then it just came out like crazy. If I believed in a supreme being, I’d have to say I don’t have much to do with it. It just comes. I love it. It’s very drug-like when I do. It feels really good to create. I’m always doing it, always jotting notes down, notes in my phone. Very much like a drug. I really, really love doing it.

You’ve been working on a new album. Tell me about it.

I have been working on this album for about three years. It’s my first one not on Ani DiFranco’s label. She’s still a dear friend but she cut back. She graciously cut me loose. My marriage of 23 years broke up, which was a bit of a surprise and incredibly painful. But in the aftermath, I found hope and optimism, so the name of the record is The Happiest Man in the World and it’ll be out Feb. 11. I’ll be doing South By Southwest again, too, and tour the record up and back.

Does your son, Detroit, play music? Or does he just dig it?

He’s big into film. He’s really addicted to YouTube and does filming for himself. I could see in a perfect world, if he were to play an instrument–drums, maybe–it would be cool to call him on the stage. But we hang out all the time. We’ve been to Los Angeles and back. He comes out with me for tours, been doing it for years. He comes on stage, tells a few jokes. People know him across the country.

Don’t let anybody tell you that you can’t. The good news is, in light of YouTube, the playing field has been leveled now. When I was growing up all the record companies had A&R {artists and repertoire} guys, gatekeepers. That’s gone. You can put it on YouTube and the public can decide.

Also, if you don’t have fun doing it, don’t do it. It can really be hard. You better love it and enjoy it. Forget the money. Forget meeting women or guys. It’s the joy of it and if it isn’t in creating and performing, stop doing it. It’s great if you make money, and I hope you do, but you need to love doing it. Don’t do it because someone tells you should. Do what you want and it’ll all work out.

Getting the Axes
Local Hop – Music Reviews
To Top