Editor’s note: Voices is a weekly column that provides a platform for Central New Yorkers to comment about the issues of the day. If you’d like to submit a column, email Larry Dietrich at [email protected]

When I was figuring out my worldview way back in the 1980s, speaking out on issues of women’s equality rarely endeared me to others. Feminists, you know, have hairy legs, hate men and burn their bras. Even worse, feminists have no sense of humor.

In May 2007, the website jezebel.com took on that stereotype with a media outlet addressing the world through a decidedly feminist lens, presented in a snarky, knowing tone. The site’s slogan: “Celebrity, sex, fashion. Without airbrushing.” 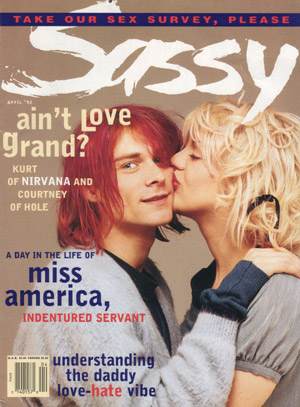 “Like a digital-age upgrade of Sassy, the 1990s-era indie-feminist teenage magazine, Jezebel appeals to a young, urban demographic, with a roster of editors whose strong voices inspire loyal followings,” The New York Times wrote in 2008.

Last year, the site’s founder, Anna Holmes, finished editing The Book of Jezebel: An Illustrated Encyclopedia of Lady Things (Grand Central Publishing, $25). In a letter to readers, Holmes describes the book as including “everything from abortion rights and the beloved YA author Judy Blume to the problematic elitism of Vogue magazine and euphemisms for the word ‘vagina.’”

The book is dedicated to “all the Jezebels, biblical and otherwise.” The encyclopedia includes a tortured explanation of the Hebrew Bible figure, and then ends by noting, “By 2007, it was snappy shorthand for women of ill repute, which made it the perfect name for Gawker Media’s new lady blog.” The entry includes a full-page reproduction of Bette Davis in the movie poster for the 1938 Jezebel.

The strength of The Book of Jezebel lies in its spot-on social criticism and broad knowledge of modern women’s history. At the same time, the writers show a quirky sense of humor and the ability to laugh at themselves a bit. Take a look at this sample of entries listed under “F”:

Flab, flabby: Favorite term of tabloids and women’s magazines to describe fat and/or non-muscular areas that you should be ashamed of, you pig.

Forever 21: Nearly $3 billion Los Angeles–based retailer of men’s, women’s and children’s apparel and accessories founded in 1984 that specializes in contracting with sweatshops to produce super-cheap copies of designers’ work.

Frenemy: That person whom you can’t stand but keep real close because she could ruin your life because we’re all in high school still.

Friedan, Betty (1921–2006): Writer and activist whose 1963 book The Feminine Mystique opened a long-overdue cultural conversation about marriage, motherhood and fulfillment or lack thereof.

A Fast Company article preceding the encyclopedia’s October release summed up Jezebel’s success with this insightful title: “How Jezebel’s Anna Holmes made feminism fun again.” The site, and the new book, use “a balance of anger, celebration and serious discussion through a cutting, hilarious tone,” the story said. 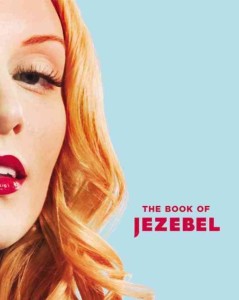 “We wanted to talk about the things women I knew were interested in, which were broader than fashion and celebrities–it included politics, and gender politics within pop culture,” Holmes told the magazine. “I don’t think I ever put in writing my little secret hope that we would politicize the readers in the way that we ultimately succeeded in doing.” (Holmes left the website in 2010; she writes a column for The New York Times Sunday Book Review.)

Holmes concedes Jezebel’s snarkiness is the Gawker’s brand. But it transferred well to the issues of the day. “Some of the things going on in the world that we’d be covering were so absurd that there was no other way to approach them,” she said.

The book has drawn criticism. An NPR review, for example, faulted it for weak sourcing and occasional “unpleasantness.” It also pointed the inconsistency in supporting women’s choices and various body types while being, well, snarky about conventionally attractive women.

Still, the book succeeds at spurring conversations that push narrow stereotypes. After all, “feminism,” as the book’s entry points out, is “organized activity on behalf of women’s rights and interests. Period.”

News and Blues
Darkness on the Edge of Town
To Top