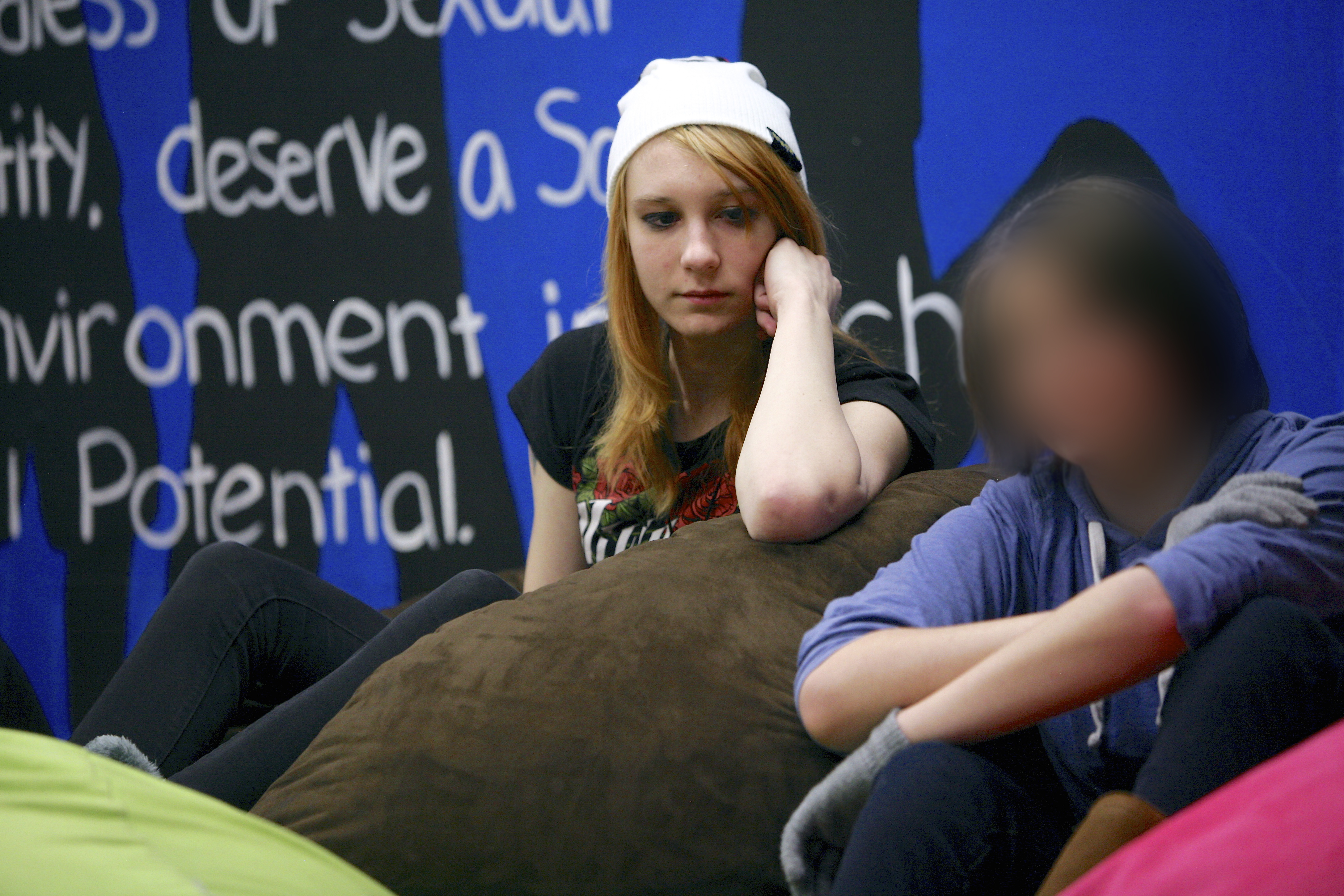 The transgender community is having a pop culture moment. When former Olympic star Bruce Jenner shared his story of transitioning to female to 20.7 million TV viewers, barely anyone blinked. Perhaps that’s because of months of breathless media speculation about his gender identity. Or maybe it’s thanks to groundbreaking, award-winning TV shows like the Netflix series Orange is the New Black, starring Laverne Cox, a transgender actress who plays a transgender inmate in a women’s prison. Amazon’s streaming series Transparent also set the stage with its touching comedy about a divorced father of three who transitions from Mort to Maura.

In the same way that Will and Grace introduced millions to gays and lesbians next door, mainstream TV shows with transgender characters are introducing America to the “T” in the LGBTQIA (Lesbian, Gay, Bisexual, Transgender, Queer, Intersex, Asexual) community. For transgender teens and advocates in Central New York, the increased visibility is a mixed blessing.

“I don’t want to blaze the trail,” one transgender teen said at a recent support group at the Q Center in Syracuse. “It’s hard to be the one who teaches everyone.”

The Syracuse New Times agreed not to identify minors without parental approval. Several parents feared their children would be bullied, or worse, should their status be disclosed. Some parents also asked not to be identified fully, as several families had not publicly disclosed their teen’s status.

“Transgender” (it’s an adjective, not a noun) refers to “people whose gender identity and/or gender expression differs from what is typically associated with the sex they were assigned at birth,” according to GLAAD (Gay and Lesbian Alliance Against Defamation), the national advocacy organization formed in 1985 in reaction to the New York Post’s discriminatory and negative coverage of HIV/AIDS. Gender expressions include cross-dresser, gender-bender, gender outlaw, gender queer and drag king/queen. 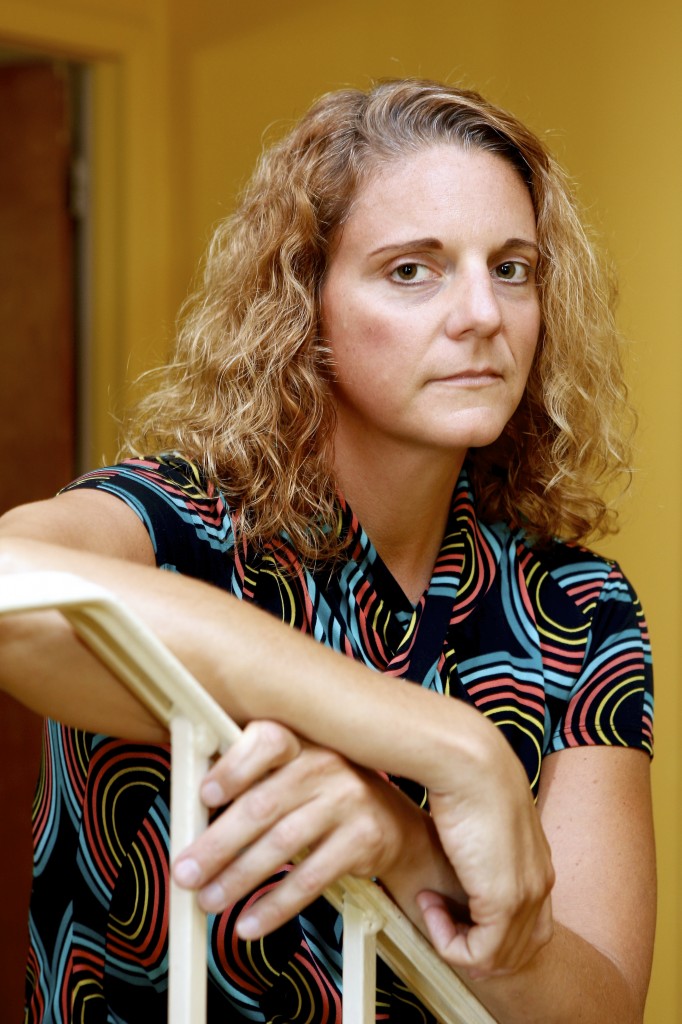 Deborah Coolhart, one of the first mental health professionals working with transgender clients in Central New York, sees growing openness to transgender teens. “Before this, lots of people went underground and created families and came out in their 50s,” said Coolhart, assistant professor of marriage and family therapy at Syracuse University. “People thought they were the only one. They didn’t even know the word for it. These young people get to start their life as they are.”

Dysphoria is “the discomfort people feel with their bodies when it doesn’t match who they are,” Coolhart said. “Kids say it’s like chalk on a chalkboard.”

Altering a birth sex may include changing a name and pronouns; changing name and gender on legal documents; hormone therapy; and, for some, surgery. Coolhart prefers to call it gender-affirming surgery, not sex-change surgery. And “transgender” replaces “transsexual.”

Coolhart recommends asking a person what he or she prefers to be called. Bruce Jenner is now “Caitlyn,” for instance. A simple guideline: Sexual orientation is who you’re attracted to. Gender identity is who you are.

“There’s so much more to gender than what’s in your pants,” Coolhart said. “Stop putting so much pressure on people to choose a side.”

Bathrooms are a particular problem for transgender people. Parents said their children won’t use the bathroom at school or change in locker rooms, fearing discovery and ridicule. Some teens develop urinary tract infections because they won’t use public bathrooms.

Although many people see gender expression as a continuum, much of the world remains binary: male or female; blue or pink; gay or straight. Transgender people are not confused, Coolhart said. “Most kids know their gender when they’re 3, 4, 5. They know who they are and they’re told they’re wrong.”

Even the most supportive parents concede they struggled at the revelation that their little girl was really a little boy, or vice versa.

“When I look at pictures of her when she was younger, it’s really jarring,” Andrew Boone said of his daughter. Her younger brother struggled with the change. “At first, he wouldn’t talk about it,” Boone said. “Now, this is his sister.”

When Boone learned his child was transgender, behavioral and psychiatric problems made more sense. “She was always shy and withdrawn,” he said. “It became pretty severe going into high school. Sophomore year, she came out to her mother. The anxiety and depression fell into place.” 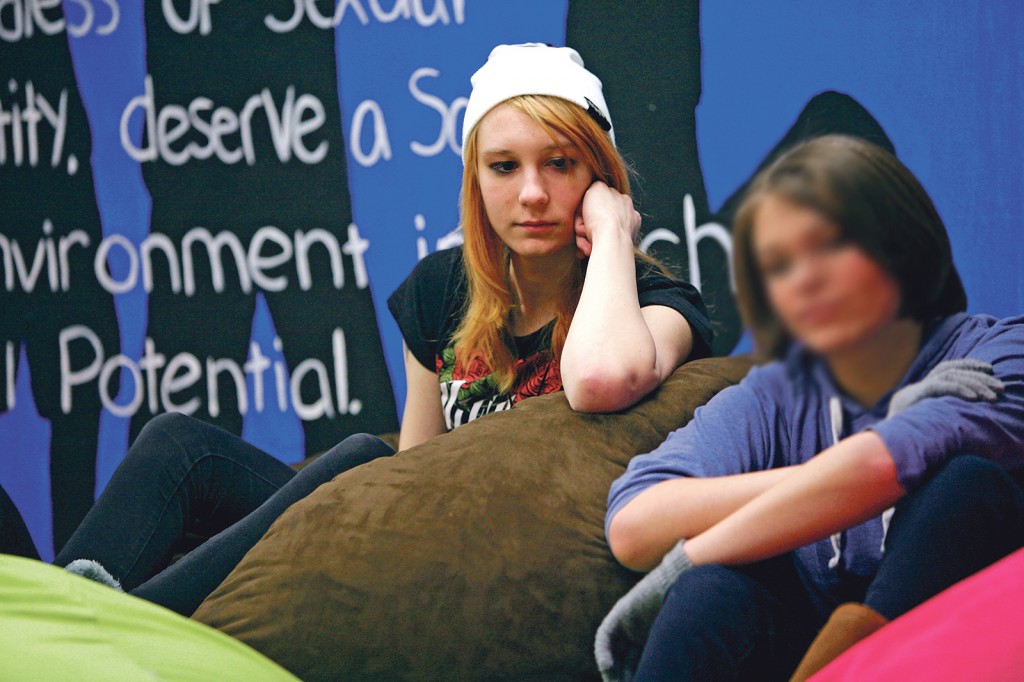 Since she had started male puberty, she started taking hormone blockers and estrogen. She legally changed her name. “She’s been happier, more outgoing,” Boone said. “Now we’re struggling with basic teenage issues, like how to pay for college.”

One teen experienced self-harm and anorexia before coming out as transgender. “She was screaming, ‘This isn’t me,’” his mother said. “Now he’s this passionate, eloquent kid. I see in him greater confidence and hope for the future.”

Sarah Anderson said the transition made her son more confident. “It’s like he was meant to be this from the start,” she said. “He’s being who he’s meant to be.”

A woman with a 20-year-old trans son said her husband was still “coming to terms with it.”

Parents’ fear or sense of loss over a child’s transition is normal, Coolhart said. But “your kid is going to be much safer and happier if you accept them.”

One parent, a lesbian, said she feared for her child’s safety. She has good reason to be cautious: 78 percent of transgender or gender non-conforming youth (K-12) reported harassment at school, according to the National Transgender Discrimination Survey. In that same age group, 35 percent reported physical assault and 12 percent reported sexual violence.

The survey found that 41 percent of respondents reported attempting suicide. That’s compared to 1.4 percent in the general population. The survey also found high levels of unemployment and housing discrimination against transgender people. African-American transgender people fared worse than white people in every category.

Erica Thomas, who transitioned from male to female, volunteers to facilitate the teen support group. She works at Bank of New York Mellon, where she co-chairs Prism, the company’s LGBT group. Thomas said much has changed since she came out as transgender at age 26 in the 1980s.

“Kids are putting their entire stories on YouTube,” she said. “That’s mind-boggling to someone of my generation.”

She’s protective of the teens in the support group. She also admires their openness: “They’re helping me rebuild my confidence.”

The facilitators guided the teens through a discussion of what it feels like when peers or authority figures disrespect them.

“I made a new year’s resolution to make people use the right pronouns,” one teen said. “If you don’t correct them, they won’t get it.”

One trans girl said for a while her brother described her as a sibling, not a sister. One girl said she keeps asking her mother to stop using her birth name. “It hurts,” she said.

Pronouns are a big deal. “You know that feeling when your parents first use your pronouns? Wow!” one boy said.

Or what about when they realize you need a different bike, another said.

They talked about “The Surgery, with a capital S.” And they laughed about people trying to guess their gender: “Are you a boy or a girl? Because your hands look big for a girl.” A trans girl offered to share her facial hair with a trans boy who had not yet developed any.

“I feel like the more people who know about it, it will spread,” one girl wistfully said. “So some day, people will introduce themselves and say, ‘I’m transgender’ and it will be normal.”

Begging the Questions
Ready or Not, Here They Come!
To Top