(TECH) A weekly roundup of what’s happening in tech.

A lot going on in the world of tech this week.

Han Solo is Down in Star Wars VII 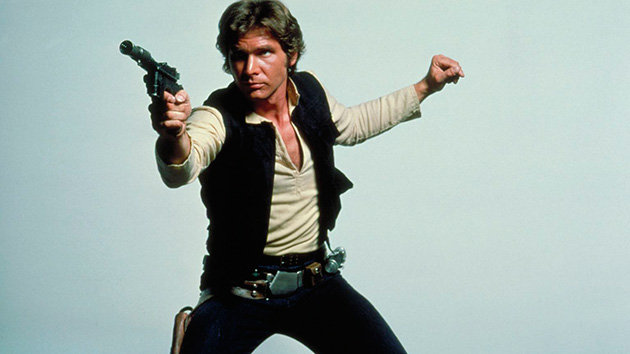 It’s perhaps the most famous “tech” film franchise and it’s coming back next year.

In case you haven’t heard it on the news everywhere already, the most legendary icon of the Star Wars trilogy, upon returning with other original cast members for the Abrams sequels, was viciously attacked during filming by a malfunctioning hydraulic door on the Millennium Falcon that temporarily incapacitated his ankle. Mr. Ford was rushed to a local Oxford hospital and will be out for an estimated eight weeks (that’s two months in English time).

The actor is well accustomed to movie injuries, having done many of his own stunts throughout his illustrious action hero career. In 1983, Ford herniated a disc while filming The Temple of Doom, causing him to miss six weeks of filming due to recovery from surgery. The airplanes in Raiders actually ran over his leg and rather than submitting himself to Tunisian health care, he wrapped it in cloth and continued filming (#badass). The most famous Indy scene is also the result of Ford and the crew being sick after weeks in the desert filming the epic truck chase: it is the famous forgoing of the magnificent sword-whip duel [spoiler alert] in exchange for Indy shooting the swordsman instead.

“It’s not the years, Honey, it’s the mileage.” – a Harrison Ford adlib from Raiders 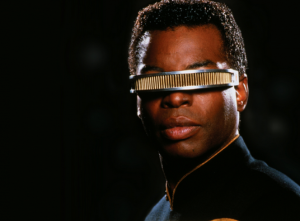 Though many of us will remember him as the Reading Rainbow host, LeVar Burton, a.k.a. Geordi LaForge – that Star Trek guy with the visor – recently commented on Google Glass, the modern real-life version of Geordi’s tech “goggles.”

“I was really excited about it,” Burton told the Washington Post, “And then when I encountered it for the first time, my first question was, ‘Well, are you recording me?’”

Burton commented on how although he is a fan of technology, his thoughts are much on self-preservation in the face rapid developments in tech.

Making the “Round Up” for the second week in a row, the CEO of Tesla recently opened up its patents for the “advancement of electric vehicle technology.”

A surprising but smart move, Musk seems to both genuinely care about the growth of clean transportation as well as see the benefit of being not the only manufacturer to lobby for mental and legislative doors to be opened for the new a new wave of energy efficient transport machines.

A photo leaked by a previously correct “iPhone Snowden” reveals what looks like two length options for the upcoming iPhone 6: both an iPhone 4 length and 5 length. This would be an unprecedented move for Apple, a company that is known already for being unprecedented.

The Federal Aviation Administration just loosened regulations to allow the first unmanned commercial aircraft to fly over land, Alaska to be exact. The 4 ½ foot long planes will be used to survey equipment for the oil giant BP.

Though you cannot yet get on a drone and fly to California, the exception strikes a distinct precedent for future air commerce.

NASA to Design a Warp Drive 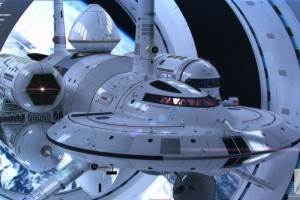 No, you didn’t read that incorrectly. The National Aeronautics and Space Administration revealed concept art for what Star Wars fans know as “hyper speed.” Scientists are critiquing the effort pointing out the varied flaws: the destruction of the spacecraft upon the pressure involved to sustain such a speed, the transformation of all particles into light, according to Einstein, when travelling at light’s speed, and the fact that producing just one gram of the necessary “antimatter” would cost just $100 trillion, making the total trip $3.5 quadrillion, or roughly, the GDP of the world for the next forty years – so that won’t be a problem at all.

Altogether, scientists estimate the possibility of producing such a spacecraft in the near future as slim to none.

The Most Expensive Vacation in the Galaxy 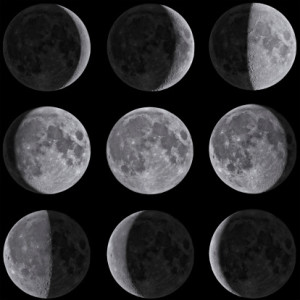 How much would you pay to take a trip to the moon? Two people are shelling out $150 million apiece to go. They will be the first tourists to do so.

Only 18 people have orbited the Earth’s moon, 12 of them with the privilege of landing on the lunar surface between 1969 and 1972.

Privately funded shuttles to the space station have been a rich man’s getaway since 2001. Sarah Brightman is scheduled to fly out in 2015, along with Google’s cofounder Sergey Brin in 2017. Those trips cost roughly $52 million (for the more economical types).

Liftoff  for the tour bus to the moon is penciled in for 2017. Stanley Kubrick is coming back to direct the movie.

The Law Cracks Down on Social Media

After a horrifying comment on Facebook about wanting to gruesomely kill his wife, Anthony Elonis ended up in jail and is facing a Supreme Court decision about the right to “freedom of speech” along the lines of violent threats on social media.

Other dumb online acts include: bullying on Facebook, gang demonstrations (in clear eye of the authorities), and posting pictures of and selling stolen merchandise via the social network. Facebook is known to be the top social media used by law enforcement to gain evidence, seconded by YouTube. #dumbcriminals

While 9% of profiles on Facebook are said to be fake, the use of an alias on the network is strictly prohibited, even to law enforcement, due to the nature of trust social media was designed for. However, 83% of officers hold using fake profiles to go undercover as an ethical means to capturing bad guys.

Another Great Tech Movie Arrives on Blue-Ray and DVD 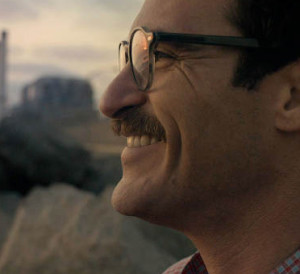 Spike Jonze’s Her was recently released to the general public. The award winning film (Oscar: Best Original Screenplay, Jonze) showcases a morbid reality the world is moving toward. Set in futuristic L.A., the protagonist, played by the talent Joaquin Phoenix, going through a heart-breaking divorce, seeks comfort in a relationship with a new “OS” (operating system) on his computer, voice played by Scarlett Johansson in an astounding role.

The film is not only a stark forecast of how absorbed humanity is getting into its tech and A.I., but also a breath of fresh air in its negative development: subtlety underlining the massive and irreplaceable importance of true human interaction and emotional relationships.

It’s a stunning film – highly recommended: a bit of the macbre, as is Jonze’s masterpiece style.

Unable to find my own funny convo with Siri after the film, these fun responses from real conversations will do (from SiriTalk.blogspot.com and ShitISaytoSiri.Tumblr.com):

“What is the meaning of life?”

“I find it odd that you would ask this of an inanimate object.”

“Oh I bet you say that to all your Apple products.”

“Can you murder someone for me?”

“I found three mental health agencies fairly close to you.”

“OK, I set up your meeting for today.”

“Is marijuana bad for you?”

“This head shop is a little ways from you.”