Here are a few things going on in the tech industry.

The Guardians Strike Back

Marvel’s latest and perhaps greatest thus far – Guardians of the Galaxy – has grossed over $94 million domestically, making it the biggest non-sequel (it’s about time) of the year and August opening for a film of all time.

What does that have to do with tech? They don’t jump from one planet to the next.

(This writer is still dying to see it.) 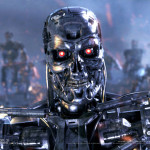 Elon Musk, Tesla’s CEO and creator, also a Twitter rock star, tweeted last week that he is worried about “A.I.” – “potentially more dangerous than nukes,” he said. He received over 2,000 retweets.

For any brainiac, this is quite obvious: developing robotic tech that can operate without human intervention – regardless of cognizance – would pose the possibility of weapons takeover, including any and all warheads, including nukes.

So while this is something of common sense, it’s nice to know one of the world’s leading tech entrepreneurs is thinking about it.

It also makes one wonder what he has up his sleeve (both literally and figuratively). 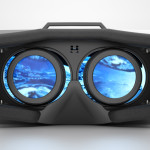 The popular virtual reality tech bought out by Facebook earlier this year teamed up with an electronic tour company, YouVisit, that has been visiting college campuses in order to capture the essence of what students look for while “doing the rounds” and deciding where to spring board their careers.

Over 1,000 campuses are on the docket including prestigious universities such as Yale. The program is set to roll out in 2015. Here’s a link to Syracuse University.

The technology will greatly enhance the student visit experience, experts say; however the view will be what someone else initially saw or wanted students to see. One imagines students will still want to visit their top schools of choice, however traveling costs may be mitigated somewhat by narrowing it down on Oculus.

“That’s all I have to say about that.” – Forrest Gump, fruit company investor

Movies and Tech
The Matrix is Real
To Top