A few things going on in the world of tech. 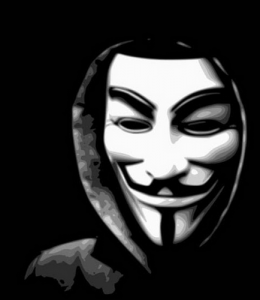 The worldwide hacker group, Anonymous, recently declared war on the terror group ISIS. In a vigilante-esque video that in many ways inspires applause (along with over 1 million views), a V for Vendetta-masked spokesperson identified the group as comprising members who are “gay or straight,” “Muslims, Christians, and Jews,” “young and old,” and of multifarious social statuses and professions.

“We will hunt you,” said the speaker, “Take down your sites, accounts, emails, and expose you…/ From now on, no safe place for you online…/ You will be treated like a virus, and we are the cure…/ We own the internet…/ We are Anonymous; we are Legion; we do not forgive, we do not forget, Expect us.”

The hacker group listed various social media accounts used by ISIS that they had deactivated, and promised much more to follow.

On Wednesday at roughly 4:26PM EST, Netflix released the highly-anticipated third season of its groundbreaking, Emmy-winning series House of Cards until about 4:49, when it disappeared entirely.

Initially, Twitter fans supposed it was a mistake: the show Magic City being released almost simultaneously. However, a tweet from the entertainment company acknowledging the “leak” within the context of the HoC’s ethos, coupled with the fact that only 10 of the 13 episodes were released 16 days early – if only for a moment – lead one to believe that is was, in fact, a highly successful publicity stunt. However, The Wall Street Journal reported Netflix stated the release was “not intentional” [beware: same spoilers were revealed]. HoC is nonetheless “trending on Twitter,” revealing somewhat the new power content streaming services have in the modern world.

In a recent press release, Madison County local government announced a 2.4 megawatt solar system installation to offset county electric costs, expected to be operational by fall of this year.

“Madison County has long been at the forefront of the green energy movement,” says Madison County’s Director of Planning, Scott Ingmire. “From its groundbreaking work on two ‘New York’s-first’ projects—a pair of commercial wind farms in the early 2000s, and Solarize Madison—to the installation of a micro-hydroelectric system at one of its county parks, the current effort to implement large-scale solar with RER Energy Group continues our commitment to alternative energy, fiscal sensibility, and forward-thinking governance.”

With solar technology costs decreasing by 80 percent in recent years, the move to renewables is almost a no-brainer.

We are proud to be a part of this project,” said Ingmire. 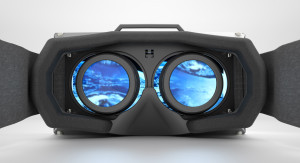 The local chapter of the Social Media Breakfast Syracuse is hosting a demonstration and discussion of virtual reality technology – free to the public – at Syracuse University next Wednesday morning, featuring Dan Pacheco, Chair of Online Journalism at SU; Lorne Covington, an immersive installations artist; and Frank Biocca, Newhouse professor of communications. Free breakfast will be provided, RSVP and more information is available on the organization’s Facebook page.

A “Social Media and Film” discussion will be held at The Palace Theatre on March 5th, from 5:30-7PM featuring prominent local filmmakers as guest speakers: Owen Shapiro, James Domroe, and Jeff Meyer; and moderated by New Times writer and actor Christopher Malone. Free popcorn and water will be provided and there will be an open concession stand.

Sage My Life: Software to “Organize Chaos”
Advice for Online Entrepreneurs
To Top