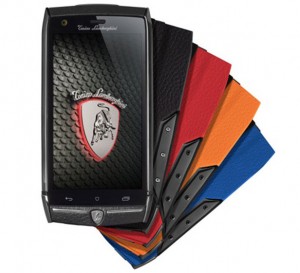 The son of the owner of the popular luxury sports car company recently announced the release of a new smartphone, called the Tauri 88, with a price tag of six grand.

Why so expensive? It’s not really, since its target market is billionaires only and only 2,000 devices will be made, making it almost impossible for a regular Joe to open a second mortgage and get their hands on it. According to Forbes.com, there are only 1,542 billionaires, which leaves 458 phones left for the “rest of us.”

But it is any good? Built with an Android body, it’s leather bound around Gorilla Glass and hand hewn stainless steel and boasts hyper hard-drive, speed, and battery capacity.

Professor Dan Pacheco’s class at Newhouse had some fun before winter break by 3D scanning and printing “exact replicas” of their heads; a technology, according to Isaac Budmen, SU grad and co-author of “The Book on 3D Printing,” that will permeate most every aspect of American homelife in the next two to three decades.

The Smithsonian revealed a video of how President Obama became the first U. S. President with a 3D-printed bust using multi-angle cameras or scanners.

Technology is ever embarking on a new era.

The Future of Smart Eyewear 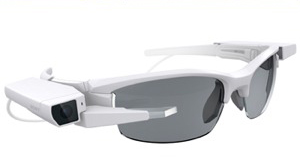 SONY announced that it will be coming out with a clip on version of Google Glass in 2016 that will project a display two feet in front of the user as opposed to directly onto the eyewear.

After Glass’s enthusiasm bubble burst, Google is back to the drawing board – this time with Intel, with plans to reveal a new product next year.

Problems everyone is trying to overcome: the bionic geek look, the resistance of the general public to be around people with the capacity to constantly upload their visual video feed to the web, and the overall and constant interruption of life in general.

“The average smartphone user checks their phone every six minutes or 150 times a day,” said Dr. William Ward, Newhouse Professor of Social Media and Hootesuite Director of Education. With Glass-like tech, there’s no pulling your phone out, but neither can you put it away.

It’s only a matter of time before we see some widespread reconciliation of these problems.

The world’s 3rd largest social network noticed a decline in user engagement and decided spice things up a bit: tweaking their interface to cater to user’s activity.

The idea is to feed into what always works: vanity. LinkedIn users’ profile stats are now going to be enlarged front and center. Moreover, the homepage will present less options, narrowing them down based on an artificially intelligent analysis of an individual’s activity, trying to anticipate what that user wants to see today – a feat every effective social network is trying to achieve.

The social giant also launched its Connected app as a personal assistant that syncs with your smartphone contacts and acts as an active rolodex, suggesting new connections and activity.

Sony Pulls “The Interview” From Theaters Amid Hacker Blackmail 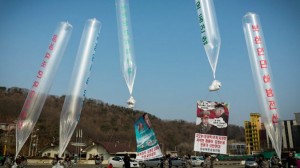 Sony has just released a statement that it will no longer release the highly-anticipated Rogan-Franco comedy this Christmas centering around an assassination attempt on the North Korean dictator. This comes after their network was hacked and 100 Terabytes of apparently dangerously private data was retrieved by the hackers.

After the FBI announced there was “no attribution to North Korea at this point” just a few days ago, ABC News reports the feds have reason to believe the North Koreans are to blame.

The hack is supposed to have been routed through infected hardware positioned in various parts of Europe and Asia. While some experts are still skeptical how the country could pull of a hack of that magnitude, fingers are pointing to an elite group of North Korean hackers called “Bureau 21.” The government also openly boasts that it has over a thousand skilled hackers at it’s disposal.

As a side note: The Interview is about to be released in North Korea according to Hollywood Reporter.

Podcasting Station Launch: Venturetechnica is launching a new broadcast studio in its office space in the Axa Towers and is holding a “Business After Hours” event January 8th from 4-6PM with free refreshments. RSVP by Monday Jan. 5th at www.venturetechnica.com/rsvp.

Venturetechnica will be broadcasting live all day Jan. 8th and they are looking for hosts and co-hosts. If you are interested in creating your own live show, contact CEO Matt Masur at [email protected]!

The show can be viewed live Jan. 8th at either www.mattmasur.com or www.venturetechnica.com.

Have a local tech story or know of any other great tech events in CNY? Shoot Joe an email ([email protected]) and add the event to the SNT event calendar as well.