What the future holds for tech

Hold the phone – here’s what’s going on in the world of tech. 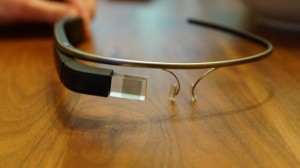 The largest online advertiser is now “sporting” the new combatant to the smartphone for the general public. The device, which looks like it belonged to LeVar Burton in high school, allows one to call people, watch movies while driving, schedule your day this time next year, and play Parcheesi – is reasonably priced at only $1,500.99 (about £4).

I recently mistook a Google Glass tester at Wegmans for a mentally disturbed individual since he kept talking to no one and walking haphazardly as if he were the Jason Bourne brother that they kept in the basement. It’s exciting that we will be seeing much more of this.

Some interesting features: a “pay by voice” app that allows you to transfer funds to your friends at the command of your voice (great for sleep talkers); a handy camera on your face so the NSA always knows what you’re doing; and a “Apple” sensor that stabs you in the nose to let you know when the new iPhone is coming out. 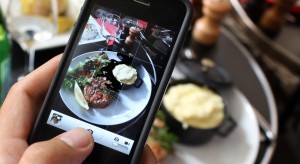 A new “pop-up” eatery in London is letting customers pay for their meals by taking a picture of it (before it’s been digested). Financial experts say it’s going to “pop-down” pretty soon. Be sure not to tip your server by taking a picture of them. That will really piss them off. (“Because I pay all my bills in Instagram photos.”) 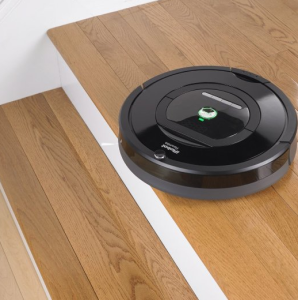 Why clean your house when it’s much more fun to just dump shit on the floor? Cleaner robots are now available on Amazon that vacuum, mop, give foot massages, and ass rape serial killing intruders. Just make sure you pre-set the last part correctly before your mom comes over. 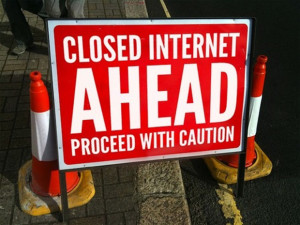 “Net neutrality” is now under fierce debate between open internet supporters (i.e. Google, Yahoo, Facebook – the good guys) and companies that want to monopolize premium internet speed by making their customers (us) pay for it (Time Warner, Comcast – which are merging into “TomWast” – a.k.a. the evil Empire.).

Upside: paying for faster download speeds will guarantee your Netflix never buffers. Downside: it will f**k up the rest of the world and make free speech online an unfair game.

Incidentally, “TomWast” has reportedly shut off all the power converters on the detention level.

Well, yeah, what the headline says. Onlookers recall the most retarded use of the jetpack in Star Wars history. “Boba Fett – where?” 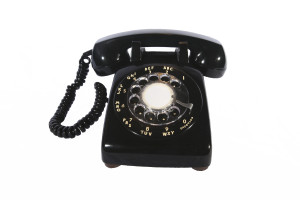 “I really love my iPad, but I’m still amazed by my iPhone. In ten years we went from [picture of a clunky 90’s cell] to something with voice recognition that can stream video.” – Jared Paventi, Communications Officer for the Alzhiemer’s Association

When asked what the future holds for tech, “POV movies on the Ocolus Rift.” [virtual reality simulator Facebook just bought for a ba-gillion dollars] Can’t wait!

Children and Tech
The Tech Blurp
To Top