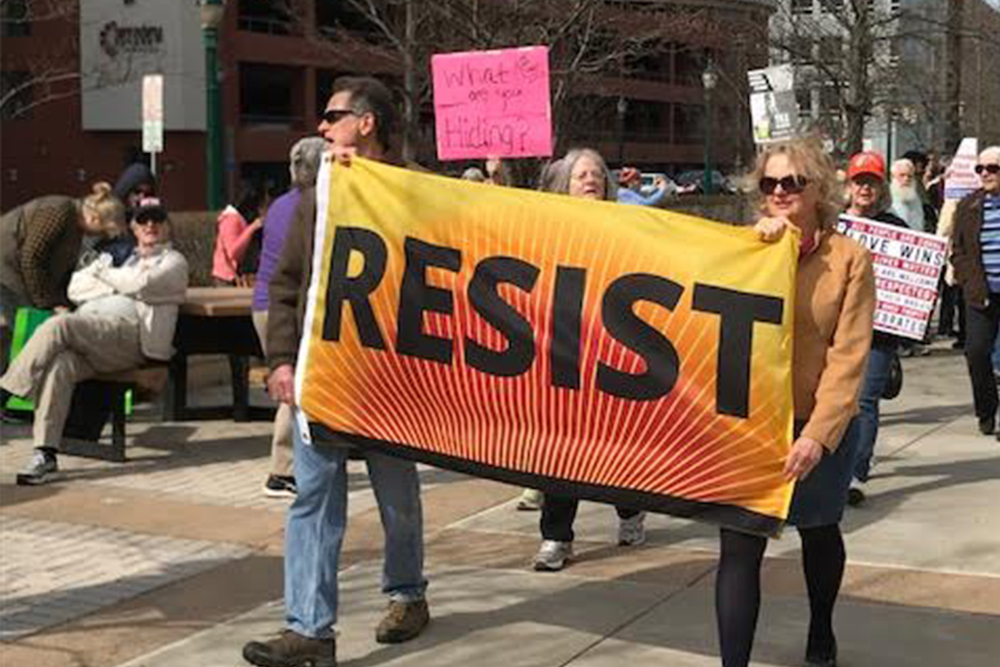 President Donald Trump says no one is interested in seeing his tax returns. At least 250 people who rallied Saturday, April 15, in Syracuse disagree. “Show us your taxes, not your bombs” and “Demand Trump’s taxes,” the group chanted as it marched around the James M. Hanley Federal Building.

“Yes We Care,” read several signs. “There goes Donald Rotten-tail, Hiding From the $ Trail!!” read another sign, which was carried on the warm, sunny morning before Easter. At least one Syracuse Police Department car parked nearby, with an officer watching the peaceful protest. 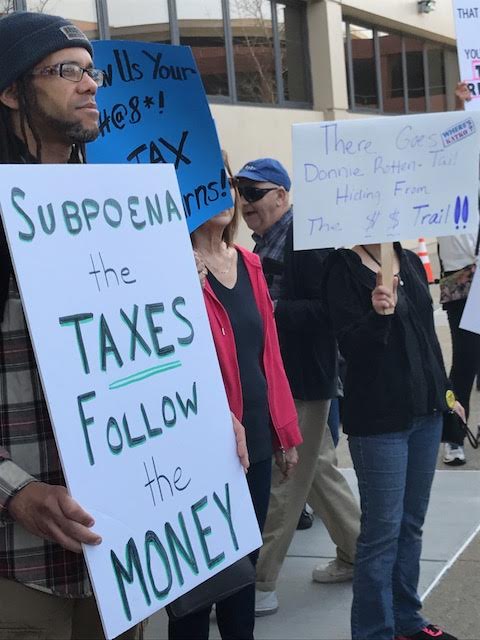 Participants included veteran activists as well as people who said they had never protested before Trump was elected. After the group marched for about a half-hour, they gathered to hear brief speeches.

“We all have to show our money,” said Eric van der Vort of the CNY Solidarity Coalition, one of several local groups that have organized events opposing Trump’s administration and policies. “What we’re here to say is that people are also holding him (Trump) accountable. We need to see his taxes.”

The group also called on local Republican Rep. John Katko to stand up to Trump and demand he release his tax returns. After protesters confronted him last month at a Republican fundraiser in Syracuse, Katko said he would vote to demand Trump release his taxes. In fact, Katko has twice voted against measures that would have forced the House to request 10 years of the president’s tax returns.

Katko “is not representing us,” Andy Mager said. “We are demanding that or we will get rid of him.”

Saturday, April 22, 10 a.m.-noon. March for Science, Clinton Square, downtown Syracuse. Organized by New Feminists for Justice and others. Coincides with March for Science in Washington, D.C., and around the country.