Canadian acoustic guitar virtuoso, Jesse Cook, will be performing Saturday June 7th, 9:00 p.m., at Schine Student Center on Syracuse University campus. Cook is the highlight performance of the Syracuse Stage Annual Gala, entitled An Evening of Flamenco with Jesse Cook and His Band.

Cook, who is a composer and producer, as well as an internationally renowned performer, has become well known to a wider audience due to his original works being featured in popular television shows including Sex and the City and The Chris Isaak Show. This past winter his music was used at the Sochi Winter Olympics by Canadian figure skater, Gabrielle Daleman, and Russian pairs, Stolbova and Klimov, to accompany their routines. Most recently, his PBS special, Live at Bathurst Street Theatre, is airing in cities corresponding with his recent US tour. 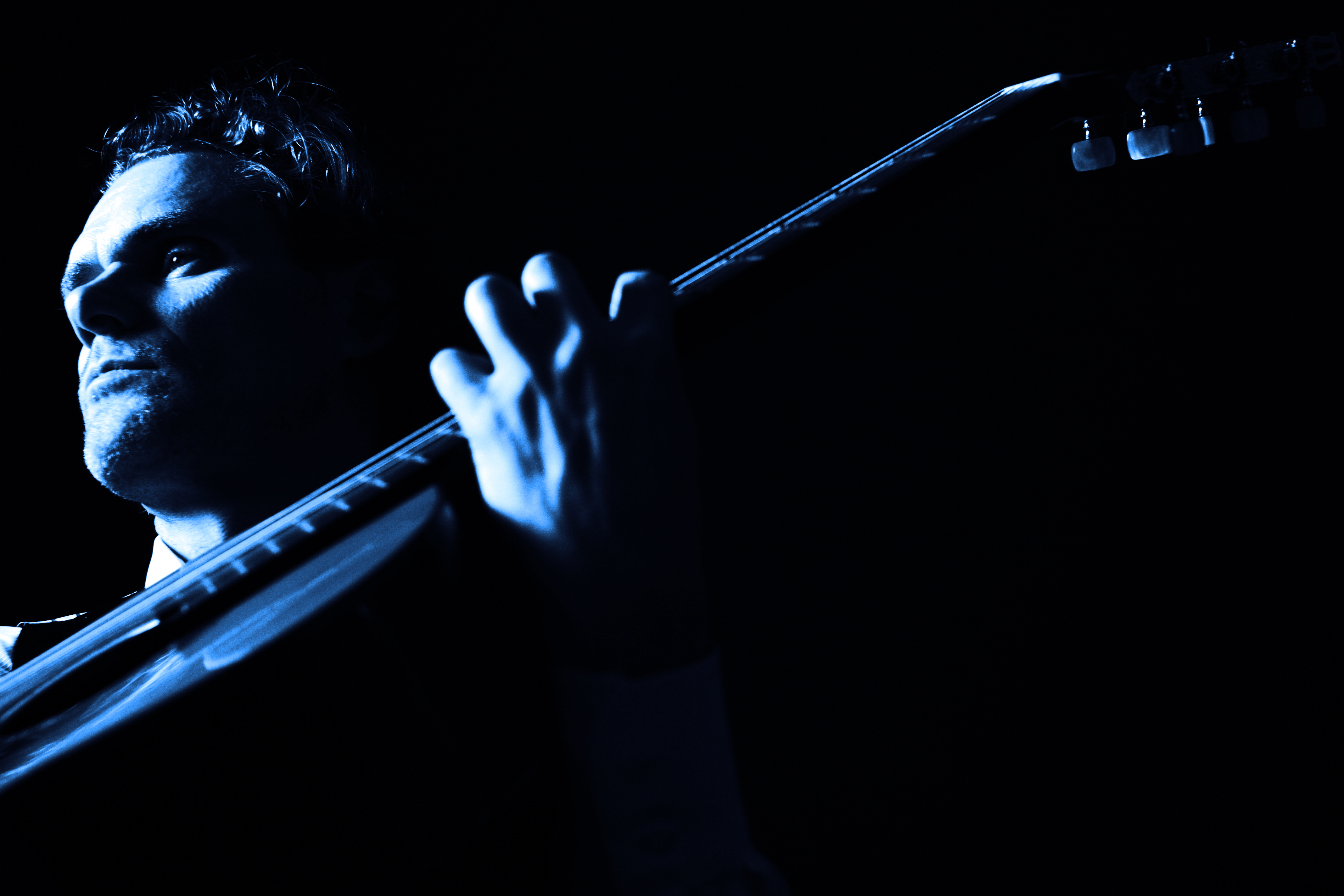 “A large portion of my work involves layering of different sounds and instruments until it builds into this enveloping wall of groovy orgiastic sound” – Jesse Cook
Photo from www.jessecook.com

Cook took time out of his very hectic international touring schedule to spend a few moments with me over the phone to talk about his music, his newest album and coming to play in Syracuse:

Jesse, thanks for taking the time to talk to me today. Please tell me, what is it that first made you interested playing guitar?

Oh, I’m not sure. I’ve just always been drawn to it. We moved to Barcelona when I was two and my mother said I had this little toy guitar when I was three and I took it everywhere with me. I use to listen to my mom’s records all the time. I guess it has just always been a part of my life. When we got to Canada, I got my first guitar teacher, and they were a flamenco guitarist. (laughing) What is that thing they say about teachers and influencing their students…

That’s an interesting thing. I don’t really describe myself as that. It is more of a title that has been giving to me. I feel that there are artists in Spain who are working with the traditional movements of Flamenco and try to reinvent it while still working within those boundaries. I feel what I do is a little different. I try to take the different worlds of acoustic guitar (classical, jazz, flamenco) and create a hybrid of sorts. It includes elements that are distinctively flamenco but, I feel like it is more a global mash up of different movements to explore.

Your newest album, The Blue Guitar Sessions, is a bit of a departure from your usual sound. Can you tell me more about it?

For a long time I wanted to do something more quiet and more personal. A large portion of my work involves layering of different sounds and instruments until it builds into this enveloping wall of groovy orgiastic sound, (laughing) I’m making it sound like I’m the Phil Spector of world music, but, yes, my music feels very full and layered. It just felt like it was really time to scale it all back and create something, I don’t know…more pure? It just felt like it was time to go back to the start.

I was also lucky enough to work with Al Schmidt. I really wanted to work with him before he retired and this felt like the perfect album for us to work together on. He has won so many awards and worked with people like, Henry Mancini. He is amazing to watch work. Al is like a human compressor and just lets his hand float above the riders. Everything he does seems completely intuitive…it’s like magic…

And you used vintage microphones to record this album. What was the reason for that?

They have a bigger sound than modern microphones. Modern mics are great. They have a bright sound but, are small and flat. For something so intimate as this album, I wanted something that felt warmer, fuller. We recorded everything all together in one room to give it this really live feel and the vintage mics just really capture that bigger yet, more intimate sound.

What is your favorite track of this new album?

Oh boy! That’s tough because I really do love all my “children” equally but, I certainly like Fields of Blue, I think it is a good representation of what I’m trying to do with this album. Toy box is good too.

And will this be your first time visiting Syracuse?

I’m pretty sure we’ve tour through the area before but, it had been a while. I’m looking forward to our performance though. We are overdue for a visit.

I agree and think Jesse Cook and his band are overdue for a visit too! For a sneak peak at this phenomenal artist check out a video from one of his recent performances:

Tickets are $30 for the June 7th performance. Syracuse Stage Box Office, 315-443-3275 or www.syracusestage.org to purchase tickets. For more information about Jesse Cook, his current tour and music see his website.

Syracuse Seuss Times
Points of Reference: May 30
To Top