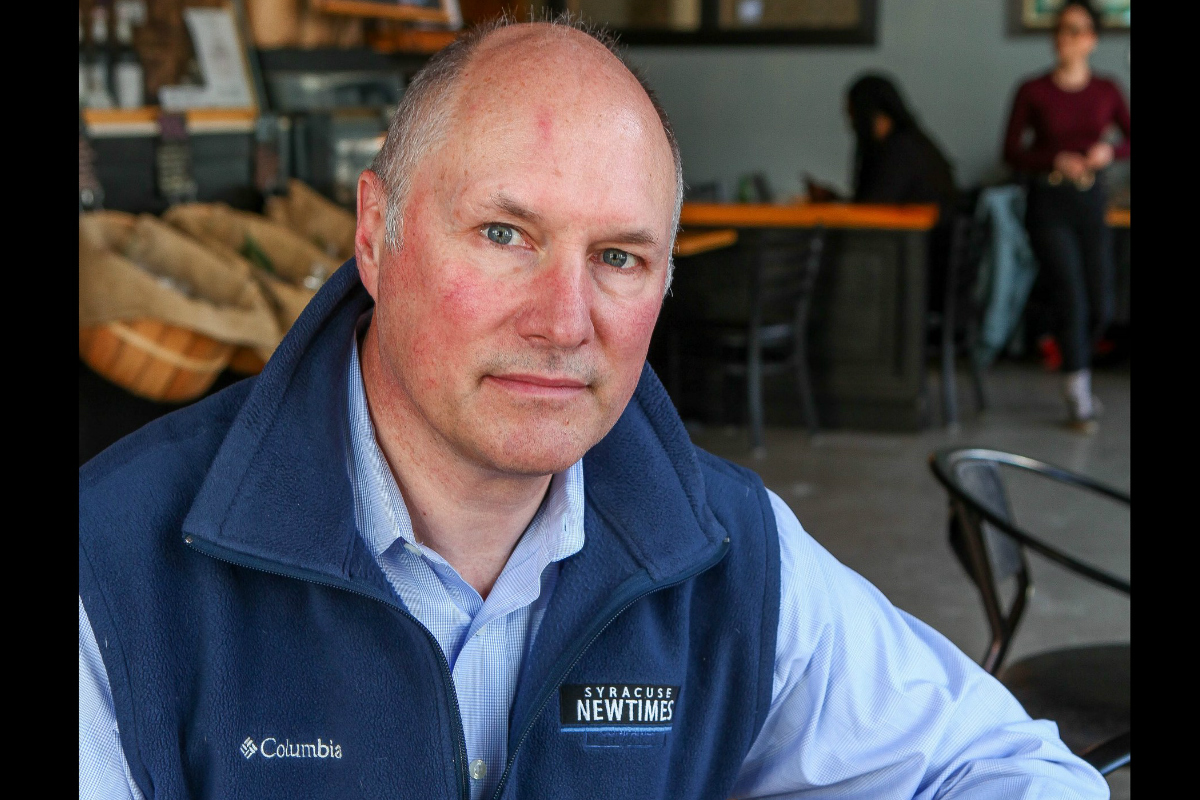 After being in the engineering world for 27 years, current Syracuse New Times publisher William Brod, of Cazenovia, needed a change. But how did a once self-described “tech geek, outdoorsman and sports guy” end up running the oldest alternative weekly in the United States?

To celebrate the Syracuse New Times’ 50th anniversary, Brod spoke about how he stumbled upon the newspaper nine years ago, the changing publishing industry and how The New Times has changed him over the years.

How did you find the Syracuse New Times?

It found me. When I was leaving my job in the engineering world, I talked to people I knew in town who dealt with businesses. I was looking for three things: A business that was involved in my community, because I was in a job that was taking me all over the Western Hemisphere; I wanted to be home at night; and I wanted something that if my wife and daughters wanted to be a part of it they could. Engineering was never going to offer that.

An accountant friend of mine told me that Art Zimmer was looking to sell The New Times and would I be interested in taking a look at it. I said, “Thanks for thinking of me, but I don’t know anything about the publishing business. I really don’t think that’s a fit.” But a nagging voice in my head kept telling me, “You wanted something that got you off the road and home at night, involved in the community, and something that your wife and daughters could be a part of. What about those three things does The New Times not fit?” My wife and I eventually went over to Art Zimmer’s house and met with him for six hours, and that was it.

What did you talk about?

Just about all the tentacles of the Syracuse New Times, its history and how it was founded. How it supported the liveliness of the community and the vibrancy. The food, the art, the music, the other things that they traditionally covered. There was no one else really doing what they were doing. 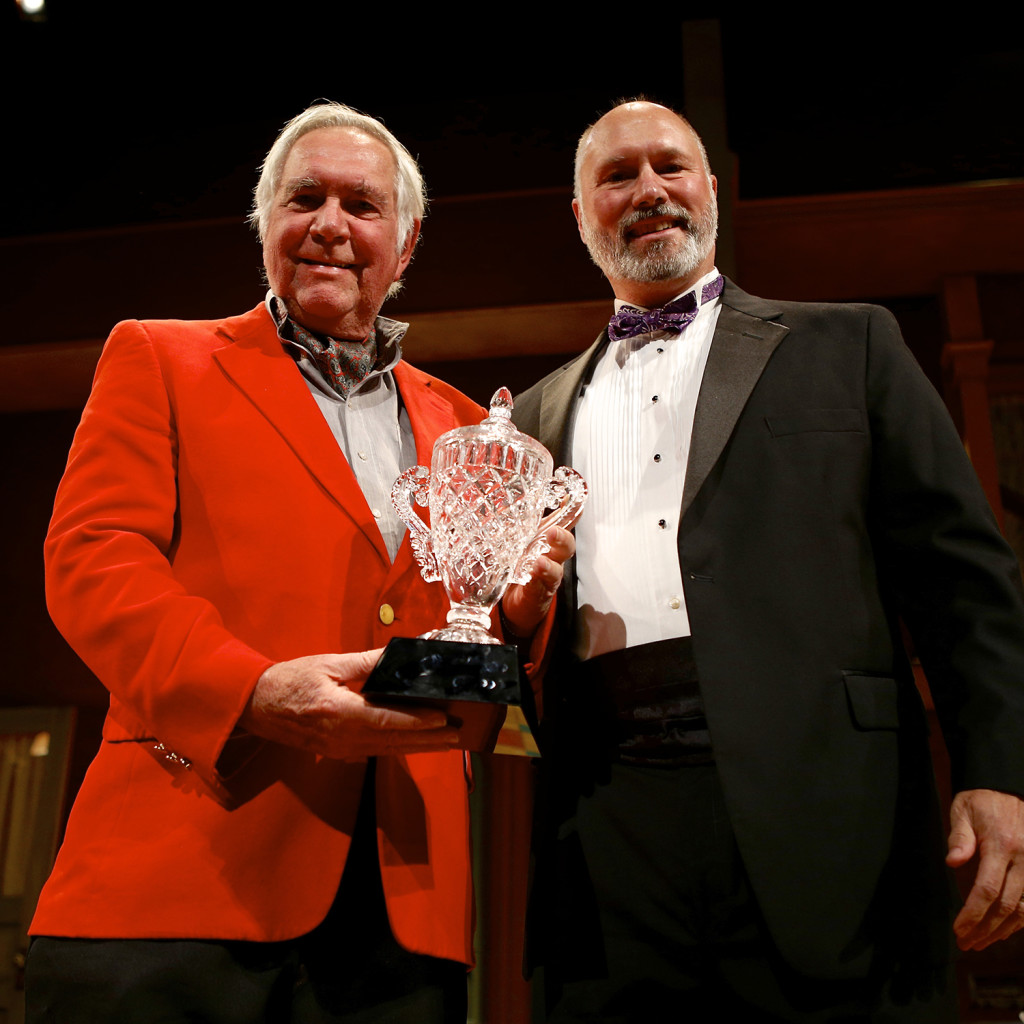 What has been one of the more impactful things someone has said to you about The New Times?

Some of the most impactful things have been said within the last nine months as we’ve been exploring a business model change. I did listening sessions and there were times where I sat for 45 minutes to two hours talking to readers who were really passionate about the paper or longtime readers who said, “This is a really important piece of the community; you have to find a way to preserve it.” It really inspired me to think about what we could do. And that drove us to the business model change.

One thing I heard was that people wanted more of the paper, not less, so now we’re thinking of ways to become more. And that decision is now in the hands of the community, and I feel very at peace with that. If the community comes back and says The New Times is no longer interesting and relevant, we will learn to live with that. I don’t think they will, but if they do, there’s a great quote that says, “The market is never wrong.”

What has the overall reception been, between the marketing campaigns and the #ChooseSNT campaign, to switching to a subscription model?

I’m surprised by the number of people who have told me we should have done this years ago. I was kind of smacking myself in the head and saying, “Duh, how come we didn’t see that.” It shakes your nerves to make a major change like this to your business model. It’s not an easy thing that you just wake up and do. When I talk to (other publishers) who have 40 or 45 years under their belt and they say this is something everyone in the business has to embrace at some point, it makes it a little easier to latch onto the idea. It’s a big, scary, audacious goal to make this change in the timeframe we’ve given ourselves. Very interesting times we live in, for sure.

Do you have a response to the naysayers saying things like “Print is dead” and “They should just close”?

I do. We are complete, ardent supporters of the First Amendment and people’s right to say what they want. But my question is: Who’s going to create the original content people want to see about their community? Do you think Facebook is going to hire people to go to Syracuse to talk about all of the cool things that are happening, or the new stores that are opening, or the new art exhibits or musical events? Is Google going to do that?

We have trusted journalists that are backed by editors and photographers. We do our homework, we produce good, high-quality content that’s thought out, well written and well edited. And now the question is: Does Central New York appreciate that enough to pay a very modest price to get that delivered to them? I don’t know the answer, but I’m happy to ask the community and see what they say.

What do you enjoy most about being the publisher of the Syracuse New Times?

Going out and being in the community. If you talk to my daughters, they will say The New Times has changed me in many ways. It’s made me more aware, more tolerant, more open-minded, more interested in things that I never would have been interested in before. Prior to The New Times, you probably could have pigeon-holed me as a tech geek, an outdoorsman and a sports guy. Now I have so many different things that interest me. And I’ve met a ton of people who are out here doing good work.

I’ve enjoyed being part of different discussions about community issues. David Haas wrote his story about I-81, which was nominated for an award. He created a great piece and did his historical research on that, and that injected The New Times into the forefront of the conversations about the changes surrounding the interstate, and me into the discussion about I-81 as well, which I wouldn’t have been a part of otherwise.

What sets The New Times apart from other local media?

We are champions of Central New York. We’re not looking to tear people down or catch people with “gotcha” journalism. Sometimes we’ll call people on the carpet if they need it, but we’re looking to cover the good stories about what’s happening in Central New York that you will not find anywhere else. That is our unique niche. We’re not telling people what happened, we’re telling people about what’s going on in the area and what they need to be aware of. It could be recreational, it could be community and social, or it could be about a national issue like immigration. But we focus on things that affect our community.

The New Times is now the oldest alternative newsweekly still in print form. Why do you think it has lasted so long?

That title is because the two papers ahead of us went out of print. I would really honestly rather be the third oldest, all things being equal. But the fact that we are now the oldest, I’d like to hold onto that. It’s a sign of the times and it’s a sign of why we need to make changes. No business is immune from disruption; it’s incumbent upon us to react to it, or other things will clear us off the landscape.

Subscription model aside, is there anything else you see on the horizon for The New Times or the industry?

I think the world is starting to tire of constantly being “on” with digital, and that the idea of reading something in print is coming back into fashion. I also think, whether you like Trump or not, the president has created a forced awareness by the general public of, “Where does your news come from, and is it a source that you can rely on and trust?” I think a lot of people see they have a lot of information to look at, and they can’t possibly consume it all, so they have to choose where and what they want.

One of the good things about the Syracuse New Times is that it sits on your table and waits for you. When you’re ready, it embraces you, and when you need to take a break, you get up and go do something else, and it’s waiting for you when you get back. It’s kind of like a puppy. It loves you, and it never lets you down. It’s always right there.