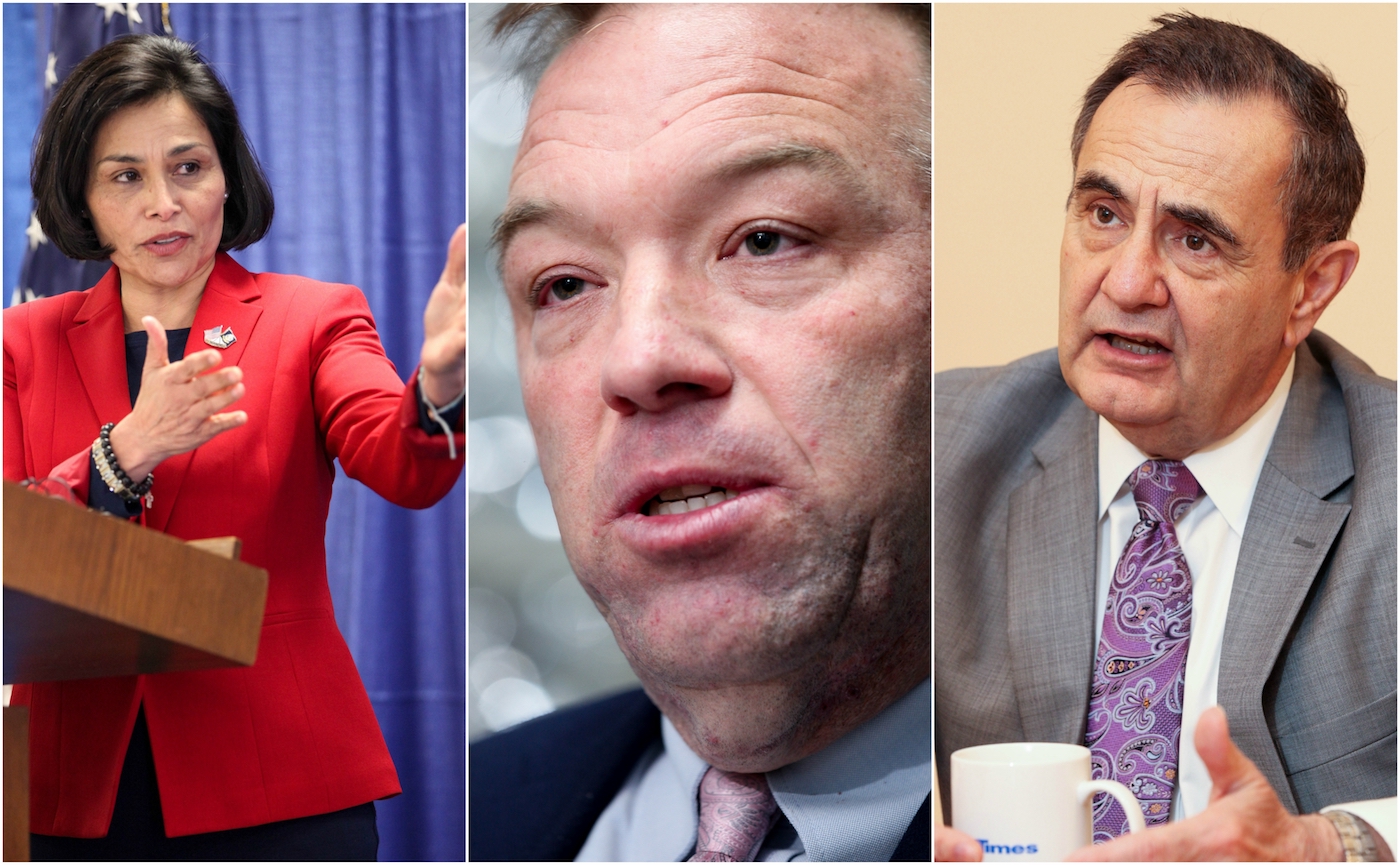 Fighting a fair fight, focusing on local issues was welcome in mayoral debate.

In the current climate of hyperpartisan political nonsense that we have seen at the federal and state level, “refreshing” is the best way to describe the Aug. 15 debate between the three candidates seeking the Democratic nomination for Syracuse mayor.

Marty Masterpole, Joe Nicoletti and Juanita Perez-Williams equally showcased the talents, experiences and personalities that make each of them qualified to be Stephanie Miner’s successor. Masterpole touted his lifelong familiarity and career within the city. Nicoletti emphasized his experience in several types of government, including the New York state Assembly, and the relationships he has developed through that experience. And Perez-Williams made clear her passion for serious changes in how the city government operates.

The candidates were respectful and honest, and provided specifics about their individual legislative agendas, mainly avoiding hollow talking points, talking over each other or ridiculous personal attacks on one another.

It was a far cry from last fall’s debates of the presidential candidates and in many congressional contests around the country, including the one in Central New York. The entire conversation, hosted by Spectrum News and the Syracuse Post-Standard, didn’t revolve around one-liner “zingers” or how the candidates looked, sounded or responded to what the other was saying.

They all respected “the lightning round,” in which the moderators asked a series of questions in which the candidates were required to answer with a simple “yes” or “no.” We live in an age where so many people are sick of dishonest politicians or politicians who feed us colorful statements and spin questions about controversial subjects. The candidates’ consistent candor was incredibly heartening.

Most importantly, the debate fulfilled the most basic purpose of why we have debates in this country. The candidates talked about the actual issues that matter. Imagine that.

But it’s not just that they talked about actual issues. They addressed concrete concerns that are on the minds of many residents in the city of Syracuse and the immediate vicinity.

Too many times in recent years, local elections — both here and elsewhere — have been nationalized, especially during years in which the presidency is being determined. The critical problems in individual cities, counties and congressional districts have too often taken a backseat to the politics at the top of the ticket and what the national media outlets are talking about.

The era of Donald Trump has only amplified that. Rep. John Katko was frequently bombarded with questions regarding the Republican Party’s standard bearer in 2016’s race for New York’s 24th Congressional District. And his opponent, Colleen Deacon, focused too much of her campaign on Trump and Katko’s responses to him, a tactic that definitely contributed to her defeat.

And we’ve already seen a whiff of that from Katko’s potential future opponent, Mayor Miner herself. She criticized Katko regarding the GOP health care bill and challenged him to a debate on the subject earlier this summer.

But Donald Trump is not running for Congress. And he is not running for mayor of Syracuse. There are enough issues in this community that a mayor needs to worry about. Not that national issues don’t affect the Syracuse area, but what the White House is doing should not center on the mayor’s office.

Thankfully, Masterpole, Nicoletti and Perez-Williams gave compelling and detailed thoughts regarding some of Syracuse’s most dire issues, such as economic development, the high poverty rate, crime involving our youth, consolidation of government and shared services, the I-81 reconstruction project, mayoral takeover of the city’s schools and the city’s stature as a sanctuary city.

All three candidates support the community grid option for I-81’s future, support continuation of a sanctuary city status and don’t believe a gondola should be built at the New York State Fair.

We’re lucky to have candidates who not only recognize the importance of the mayor’s office and how crucial the role is when it comes to the city’s burning issues, but candidates who can also have a calm and civilized conversation about those issues with others who have different viewpoints and seek the same office. And that includes independent candidate Ben Walsh, Green Party candidate Howie Hawkins, Libertarian candidate Chris Fowler and Republican Laura Lavine.

So whenever we think government by its very nature has become nothing but a match of political ping pong, it would be good for us to take another look at our local representatives. They might surprise us.

It might also be good for our representatives in Washington, D.C., and Albany to take a look at local politicians once in a while, including those who want to be mayor of Syracuse, to help remind them just why it is we sent them there. They may learn something.