For 20 years, Mandate of Heaven has been sliding in and out of the local music scene, planting a succession of material that could stand among the musical giants that have influenced bandleader Greg Pier. Now, Mandate is celebrating the release of Least Concern, the band’s latest work since 2012, with a gig at King of Clubs, 406 S. Clinton St., on Saturday, May 18, 9 p.m. Tickets are $10 and available at ticketweb.com.

Pier, the main force behind Mandate, is certainly prolific, having released more than a dozen records. Yet he has suffered from what he calls a “severe writer’s block” for the past 10 years. In that time, he also attended graduate school from 2015 to 2017 to become a physician’s assistant, further slowing the process of this latest album. But the result is a careful and precise work of indie rock that brings to mind bands like Them Crooked Vultures and Guided By Voices.

Pier grew up amid Syracuse’s straightedge hardcore scene in the early 1990s. By age 14 he was experimenting with recording on 4-track tape and in 1995 released his first handmade cassettes under the name Stop Snorting Ritalin. He moved to Chicago at age 18 to intern at Invisible Records and created the first Mandate of Heaven recordings, where he played every instrument.

The name was born of two musical influences. “I was a huge Guided By Voices fan and Mission of Burma,” Pier recalls. “I combined those names, which is kind of problematic. In 2019, people assume we’re a Christian rock band; whereas in 1998, with the scene I was in, no one would have thought that. It’s Chinese and comes from a Confucian sort of philosophy. It deals with organic democracy. It’s the idea that somebody who’s in charge, when they start to screw up — bringing storms, tornadoes — that means they lost the mandate of heaven.” 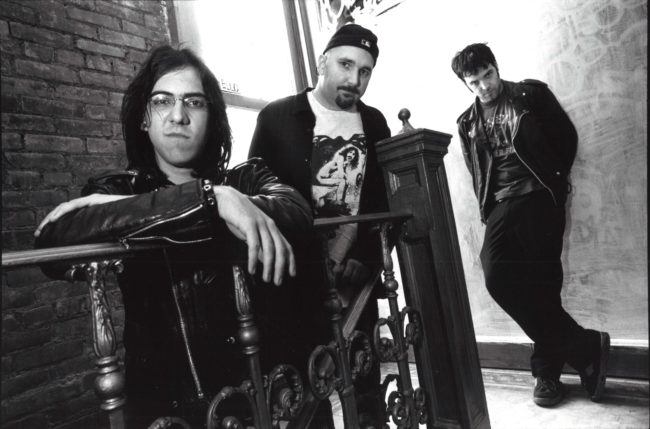 Pier returned to Syracuse and continued releasing material. He had been playing drums with the local group The Fiascoes, but later switched to guitar in Mandate so they could more easily play material live. Drummer Bob Kane of the Flashing Astonishers also joined, followed later by bassist Chuck Gwynn. Both will perform with Pier at the May 18 show, as well as guitarists Graham Reynolds, Brendan Flynn and John Hanus. Pier also plans to premiere “Double Negative,” a music video of the first track of the record.

Yet Mandate of Heaven has been continuously in and out of dormancy. After their 2006 release Hun in the Sun, Pier relocated to New York City, then returned in 2008 and worked in his own home studio, Neon Witch. In 2013, the group won Best Modern Rock Album at the Syracuse Area Music Awards (Sammys) for Mark Music.

Least Concern is a big moment for fans who have long awaited new music, much of it shaped by Pier’s time working as an ambulance paramedic. “There was a lot of negativity I needed to get out,” he says. “Drug overdoses, homelessness, violence. Those three themes in particular are talked about on this album.”

Pier notes, “A couple summers in a row, synthetic marijuana was getting big. We’d go down to the creek or a dumpster and haul people from there up to the emergency room. Then they’d get out and get more. From the perspective of these people, they were medicating themselves into oblivion. It’s the physical toll of homelessness, to take this drug as an anesthetic.” 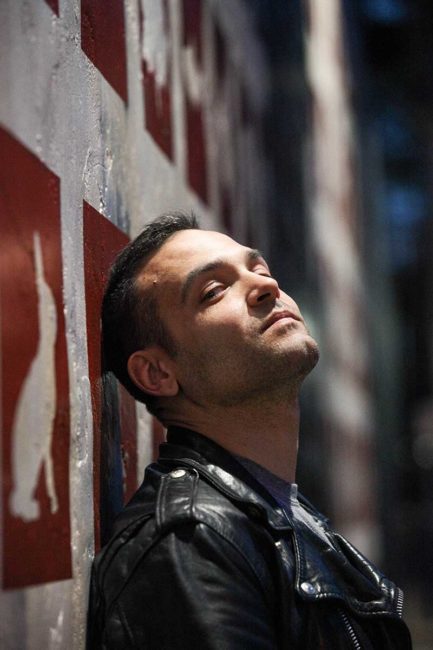 “Guitar has always been like a nervous habit for me,” says leader Greg Pier. (Michael Davis/Syracuse New Times)

Songs like “Nummenuff” talk openly about these experiences. “There ain’t no day comin’ that you’re gonna be numb enough,” Pier sings over darkly melodic lines.

“There’s one guy we picked up who had terminal cancer,” he says. “But he was also homeless. He had no access to hospice. His care was synthetic marijuana. He tried to be on that every hour of every day until he died. That kind of steered this thing to a darker, more cynical view.”

Although Pier was driven by these sobering themes and stories, those lyrics did not come to him first. “I’ve never been able to sit down and write lyrics,” he says. “They’d either come to me in dreams or I’d hear a repeated phrase. It used to happen to me a lot more when I was younger. The older I got, I stopped hearing those voices. But these days I’ve come up with a more systematic approached to refine my writings.”

Unlike his struggle with lyrics, Pier says he writes guitar riffs all the time. “Guitar has always been like a nervous habit for me,” he says. “I’m always writing a couple guitar riffs a week. Then I’ll file them away in my riff bucket and then string a bunch of those ideas together. That’s what I’ve been doing since I was 12. I’ve ended relationships because I couldn’t put down the guitar.”

Catch dance fever with The Billionaires at History of Syracuse Rock ‘n’ Roll series
Review | The Wizard of Ha’s: Magical school gets rambunctiously parodied
To Top