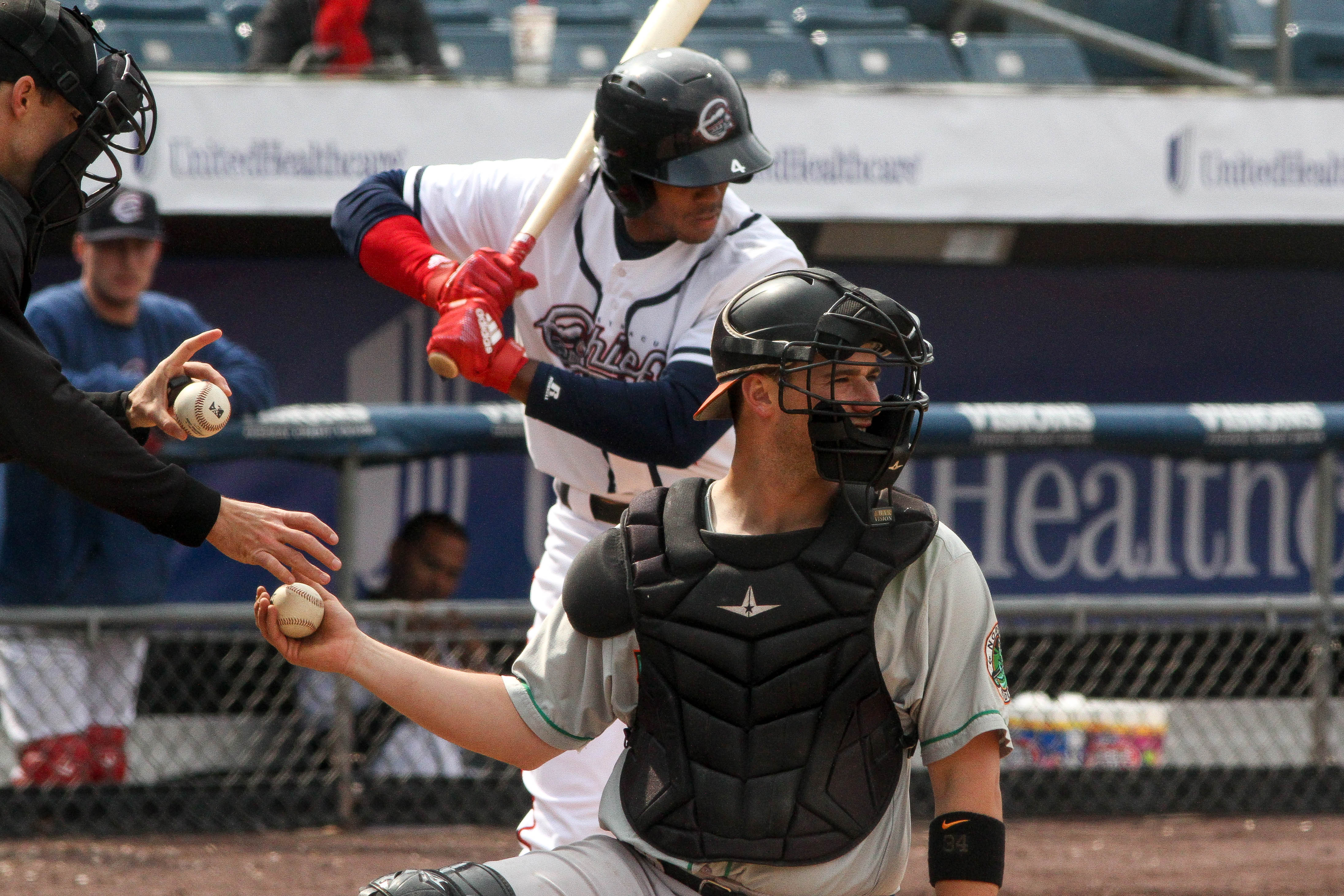 Team composition and 10 more things you should know about the 2018 Syracuse Chiefs.

There has never been a season like this before for the Syracuse Chiefs, and it’s safe to say there will never be one like it again.

For the first time since Syracuse was a Double-A club in 1957, the team is owned by someone other than shareholders. In November, the Chiefs’ shareholders voted overwhelmingly to approve an agreement between the Community Baseball Club of Central New York and the New York Mets that allowed the Mets to purchase the franchise for $18 million. 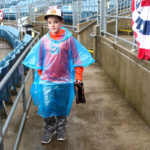 While that’s the headline, the sidebar is that the Player Development Contract between the Triple-A Chiefs and Washington Nationals doesn’t expire until after this season. So while the Mets — the Nationals’ chief rival in the National League’s East Division — own the Chiefs, the Nationals will supply the players to Syracuse. The Mets’ Triple-A team, incidentally, is in its final year in Las Vegas.

The Mets say they’re going to take this year to evaluate the franchise, and Chiefs general manager Jason Smorol and manager Randy Knorr say everything is business as usual in the front office and on the field.

“When they first announced it, I thought it was going to be kind of weird,” Chiefs manager Randy Knorr said. “They (the Mets) don’t do anything much different than we do. They are very professional over there and I think they’ll treat it just like anything else, like they would treat their own guys. That’s all we can ask them to do. They haven’t really done anything that made us wonder what’s going to happen next.”

Coming off one of the worst seasons in franchise history, the Chiefs were 6-3 and only a half game behind first-place Scranton/ Wilkes-Barre in the International League’s North Division through April 15.

To get you ready for this historic season, here are 10 more things you should know about the 2018 Syracuse Chiefs:

Like the Toronto Blue Jays before them, the Nationals have not produced winning teams in Syracuse; in nine years with Washington, the Chiefs have had seven losing seasons and just one playoff team that got swept in the fi rst round. But also like the Jays, the Nationals have sent to Syracuse outstanding prospects like Stephen Strasburg, Bryce Harper and Trea Turner.

Washington’s parting gift to Syracuse is outfi elder Victor Robles, who doesn’t turn 21 until May 19. Robles entered this season ranked by Baseball America magazine as the Nationals’ No. 1 prospect and the fi fth-best prospect in baseball. Robles, who had four hits and scored the game-winning run in the Chiefs’ fi rst win of the season April 7, was batting .385 (5-for-13) when he suffered a hyperextended elbow diving to make a catch April 9 and was placed on the disabled list.

Of the players on the Chiefs’ current roster, outfielder Alejandro De Aza (838 games) and pitchers Edwin Jackson (377) and Carlos Torres (348) have the most major-league experience. Washington recently signed veteran first baseman Mark Reynolds to a minor-league contract and he could end up in Syracuse. Reynolds, who slugged 30 home runs for the Colorado Rockies last season, was one of the many major-league free agents who failed to sign this offseason and he is working himself back into shape.

Solano, who is on the Nationals’ disabled list, was called up before appearing in a game for Syracuse this season. If he returns, he will appear in a Chiefs’ game for an eighth season, tying the franchise record for seasons with the team set by Dutch Mele from 1942 to 1947 and 1949 to 1950. Last year, Solano became the first active player inducted into the Syracuse Baseball Wall of Fame.

This reporter was covering the Syracuse Chiefs for the Syracuse Post-Standard in 1996, when Knorr was in his second year as the Chiefs’ catcher. Back then, the team was still playing at old MacArthur Stadium, where even the slightest rain turned the outfield into a swamp. 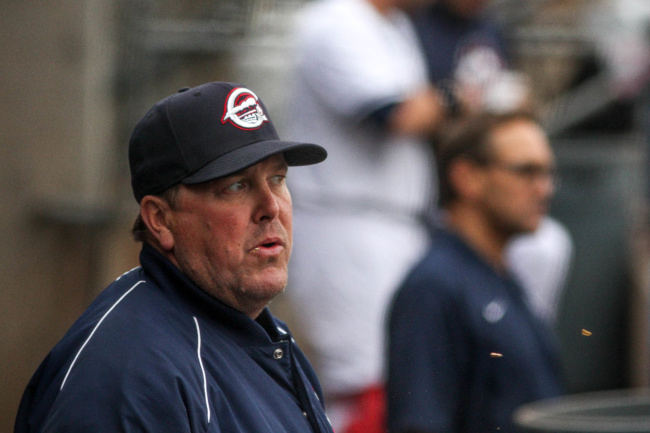 One rainy day while slogging around the outfield, Knorr saw Blue Jays’ No. 1 prospect Shannon Stewart coming out to warm up and he told him to turn around and get back in the clubhouse. Knorr didn’t want the fleet Stewart to get injured while running around on the wet field.

So even then, Knorr was looking out for younger players. And now he’s doing it again as the Chiefs’ manager for the second time. Knorr, who played for the Chiefs in 1991 to 1992 and again in 1995 to 1996 and managed the club in 2011, joins Frank Verdi as the only Syracuse skipper in the modern era (since 1934) to return after managing the club in a previous season.

“I’ve always wanted to manage in the big leagues. It was one of those things where if I did it one year and I didn’t do it very well, then I knew I wouldn’t be good at it. But I’d like to have that opportunity,” said Knorr, who went 66-74 for the Chiefs in 2011 and then spent four years as a bench coach under Nationals managers Davey Johnson and Matt Williams. “I used to say that this is the best way to get there. But with the way they hire managers now, there’s so many different ways of getting there. I think this is the best way for me.”

Major League Baseball is obsessed with introducing rules that increase the pace of play and therefore reduce the time of games. In the majors, players have resisted those rules, so MLB has tiptoed around them to keep the peace.

But MLB can do whatever it wants in the minors, and this year they’ve added a new rule that changes the way the game has been played professionally since the 1860s. Throughout the minors this season, all extra innings will start with a runner on second base. The thinking, of course, is that the game-winning run will score a lot sooner that way.

On April 12, the Chiefs played their first game with the new rule. Syracuse tied Norfolk in the bottom of the ninth inning and then scored the game-winner in the 10th when Rafael Bautista started the inning at second, moved to third on a sacrifice bunt and scored on Adrian Sanchez’s single.

Other Pace of Play rule changes in Triple-A this season: A 15-second pitch clock instead of 20 when there are no runners on base (the timer will remain at 20 seconds with runners on base); and, like in the major leagues, new limits on mound visits without pitching changes (six per game by managers, coaches or players).

5.) The Yankees Are Coming

For all the New York Yankees’ fans out there, the Yanks’ Triple-A team — the Scranton/Wilkes-Barre RailRiders — will visit NBT Bank Stadium twice this season, May 7-9 and again June 14-17. For now, at least, the RailRiders’ roster includes the Yankees’ top prospect, infielder Gleyber Torres, and one of New York’s top pitching prospects, Chance Adams.

Other top prospects (outfielder Clint Frazier, infielder Thairo Estrada) are on the disabled list, while some (third baseman Miguel Andujar, pitcher Domingo German) were called up to New York because of injuries.

“I think this year’s promotional schedule is our best one yet because it honors our community and all the different things that have made it great,” Chiefs general manager Smorol said. “The Chiefs are proud to be located in Central New York and it’s going to be a fun season as we pay tribute to our community all summer long.”

In a promotion that’s sure to gain national attention, the Chiefs and Rochester Red Wings will play two “Duel of the Dishes” games June 21 at Frontier Field and Aug. 25 at NBT Bank Stadium. The teams will play as the Syracuse Salt Potatoes and Rochester Plates (it’s technically Garbage Plates, but they’re keeping the garbage out of it for obvious reasons), and they’ll compete for the coveted Golden Fork Trophy.

“Last year the Syracuse Salt Potatoes took the field for the first time, and it was such a fun promotion, we knew we had to bring it back in 2018,” Smorol said. “We wanted to add a new, interesting twist to the Salt Potatoes, and we are so excited to partner with Rochester to bring the fans a Salt Potatoes vs. Plates series. This is going to be fun and silly, and we hope fans from both Syracuse and Rochester enjoy it!”

Last year’s Salt Potatoes merchandise was a big hit and is still available at syracusechiefs.com or at the team’s Whistlestop Souvenir Store at the ballpark.

Following the lead of Major League Baseball, the Chiefs and all minor-league teams have installed or will soon install additional protective netting at their stadiums for this season. What was a trickle of teams installing the netting became a flood after last Sept. 20, when a young girl was seriously injured by a line drive off the bat of Todd Frazier at Yankee Stadium.

The Onondaga County Legislature approved the installation of the new netting in early February (the county owns NBT Bank Stadium). The new net at NBT runs from the outside end of the home dugout to the outside end of the visitor’s dugout and is 30 feet high. It’s a welded-seam netting with no tied knots to achieve 97 percent visibility, according to the manufacturer. 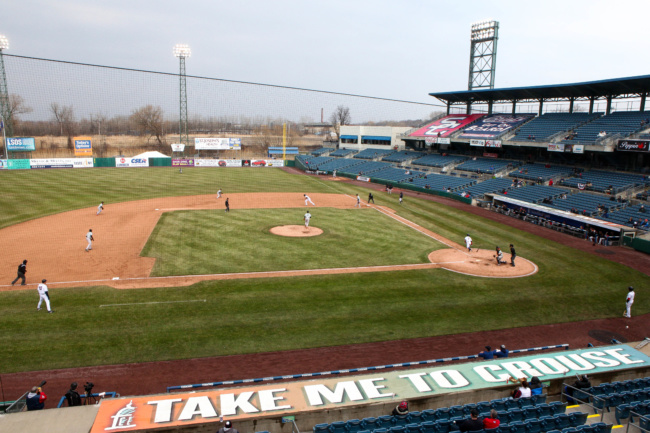 A wide shot of the diamond during the Chiefs’ home opener. The top of the netting can be seen. (Michael Davis/Syracuse New Times)

Chiefs radio announcer Eric Gallanty will be joined this season by Michael Tricarico, the team’s new broadcasting and media relations assistant. A Cicero-North Syracuse High School and Syracuse University graduate, Tricarico worked games with Kevin Brown while serving as a broadcast intern in 2014 and spent the past two seasons as the radio voice of the Single-A Auburn Doubledays in 2016 and the Single-A Fort Wayne TinCaps in 2017.

“I am excited to work for my hometown team and continue the tradition of high-quality work that the long lineage of Chiefs broadcasters have created,” Tricarico said. “This organization is a fun, hard-working group, and I am looking forward to joining Eric and the rest of the team this season.”

Gallanty is in his fourth year with Syracuse and his first full season as the Chiefs’ director of broadcasting and media relations. He took over the lead role last August, when Brown was hired by ESPN. Gallanty and Tricarico will broadcast every Chiefs game on WSKO- AM (The Score 1260) and online at SyracuseChiefs.com.

So far, Tim Tebow’s below-average performance on the field hasn’t prevented the former Heisman Trophy winner from advancing in the Mets’ farm system. Since Tebow is playing with the Double- A Binghamton Rumble Ponies this season, there’s a chance we could see him in Syracuse in 2019, when the Mets start supplying players to the Chiefs.

Tebow slugged a home run in his first Triple-A at bat, but he had just five hits in his first 25 at-bats with no other homers and three RBIs. Steve Spurrier, the coach of the Orlando, Fla., franchise of the upstart Alliance of American Football that starts play next February, called Tebow and asked if the two-time national champion at the University of Florida wanted to return to football as his quarterback.

“Right now his message is: ‘Coach, I’m going to keep swinging the bat.’ And I said, ‘I don’t blame you. I’d swing the bat all this summer and see where that leads,’’’ Spurrier said. “But if it doesn’t materialize, I think he has some football left in him. We’re just going to have to wait and see on that.”

Of course, you don’t have to wait until next season to see Tebow or any of the Mets’ Double-A players who will be in Syracuse next year. Just drive down Route 81 South for about 90 minutes to Binghamton for a sneak preview.

Tickets for all Chiefs home games this season are available and can be purchased at syracusechiefs.com, by calling (315) 474-7833, or in person at the NBT Bank Stadium ticket office.