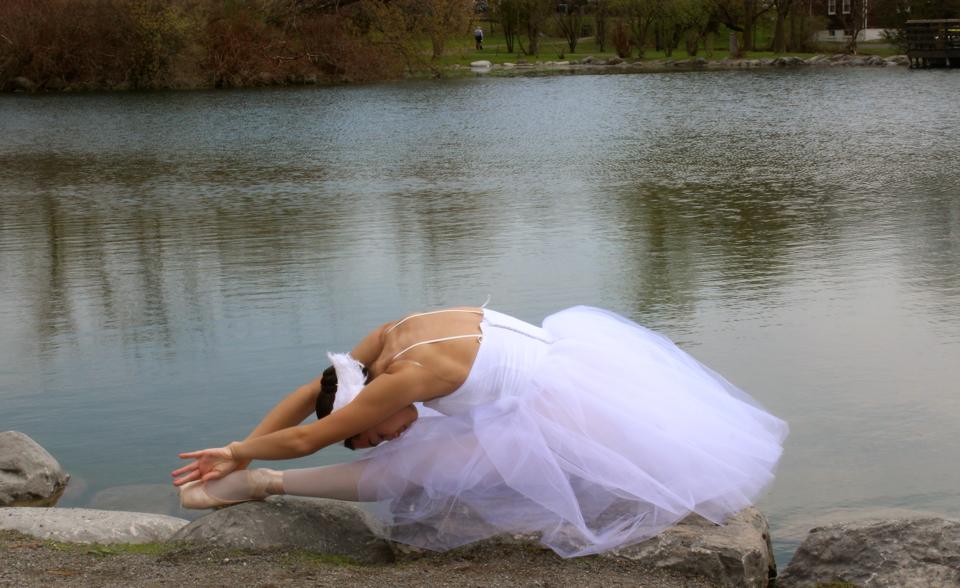 The basement of Robinson Memorial Church in Westvale was filled with ballet dancers — men and women, adults and children — talking and preparing for rehearsal on the afternoon of Saturday, May 2. This is the 11th year the organization has been putting on the Pyotr Ilyich Tchaikovsky ballet. The dancers stretched, chatted and seemed at ease.

Kathleen Rathbun, Stephanie Dattellas, Rachael Cierniakoski, and Harriet Casey sat behind a white table in the studio. The four sat upright, and their eyes were focused. The performers flooded into the space dressed in costume. Bob Dwyer, the man behind the lighting, held up a key ring of color filter samples when he wasn’t drawing and mapping out character stage movements.

Ballet speaks for itself. A story is told through dance and backed by a symphonic track. Some may view and associate the evening with a class stereotype, but the most expensive tickets — $55 at the most for the adults, $10 for children 12 and under for any seat — are less than many of the big-name acts, shows and musicians that come into town.

“It’s the ultimate live experience. The arts community. It’s one of the greatest reasons to get out in Syracuse,” said Rathbun.

Since 1997, the Syracuse City Ballet has sufficiently provided this form of art. The regional company does bring in sets and dancers, but the majority of the cast is made up of local talent. This provides that ballet companies on the national level look out for the well being of other, smaller companies.

Rathbun stated that Syracuse-native Jake Casey and a couple members of the Cincinnati Ballet will be performing in this month’s production. Peter Kurta, also a Central New York native performing with the Tulsa Ballet, is also returning for the production. Both starred in our ballet’s original production of Swan Lake.

“The dancers we have coming in will be playing the lead roles,” said Rathbun. “Blending the local and national talent will be seamless. The caliber of what we’re going to share will be high.”

The local dancers practice seven days a week. When considering the ages of some of the dancers (most are students), Rathbun said they come to practice after a day at school and are there all night. She complimented their dedication and ability to stay organized. “They manage their time very well, and get their homework done. Whether they dance later in their lives or not, they’re on the road to success.” Of course, she hopes they stay involved with ballet.

Practice is intense. Ballet includes dancing and fancy footwork, but the head and hand movements emphasize the roles and characters. At times, the dancers seem to float in slow motion through the air. The footwork is so quick and precise that focusing on the number of times the corps de ballet members touch their toe to the ground is dizzying. The placement of hands and bending of fingers, the angles the dancers have to tip their heads, the expressions on their faces, and the minutes of having to stay perfectly still — thinking about it is even mentally and physically exhausting.

Being a small region, Syracuse City Ballet has taken several hits through the years. One of the indirect hits was the dissolve of Syracuse Symphony in 2011, which was catalyzed by the economic tumble. The majority of the Ballet’s productions were accompanied by the musicians, who were led by Daniel Hege. “We did almost every major ballet with the symphony,” said Rathbun. “We used to do two major productions and a segment for the Candlelight Series. We’d bring in guest choreographers, and we’d perform new work. Then the economy tanked, and we took a hit.”

Syracuse City Ballet is not in debt, however, but they have to be mindful of how and what they want to accomplish. The self-sustaining company is now back up to two major productions per year, and they are beginning summer performances again as well. “We’re getting back to where we used to be. It’s exciting.” There is community support through ticket sales and donations. The ballet staff couldn’t be any more appreciative of Holly Piselli and Alice Patterson for providing donated makeup and photography services.

Although the company may be the most well-known in its niche, Syracuse Ballet still has to market themselves, which also weighs on the budget. For this month’s production, Dattellas fashioned promotional material where A-List Artistry’s makeup and Patterson’s photography can be seen. The posters can be seen hanging around the CNY area and on television.

The ballet company still plans to change up the ballets year-by-year, keeping the The Nutcracker around during the winter holiday season. “We will continue to perform the traditional Nutcracker, changing a little each performance to make it more unique and more humorous.”

Swan Lake, being a big show in many regards, there are a few things to be considered. The Syracuse City Ballet has set up a GoFundMe account, looking for support toward costumes. For those contributing with gifts of over $100, two tickets to the Swan Lake Soiree. The post-show celebration will take place the evening of May 15. The Soiree will be honoring Carrie Lazarus, Peggy Ogden and Caroline Brackett for all their work in the community and the arts.

Rathbun considers Swan Lake to be the epitome of all ballets. The story, the battle between good and evil and the love elements are critical. Albeit, this is one of the most difficult ballets to dance to, according to Rathbun. “Dancers, especially the lead, will go through three or four pointe shoes.” A small fact: pointe shoes range to $100 a pair. 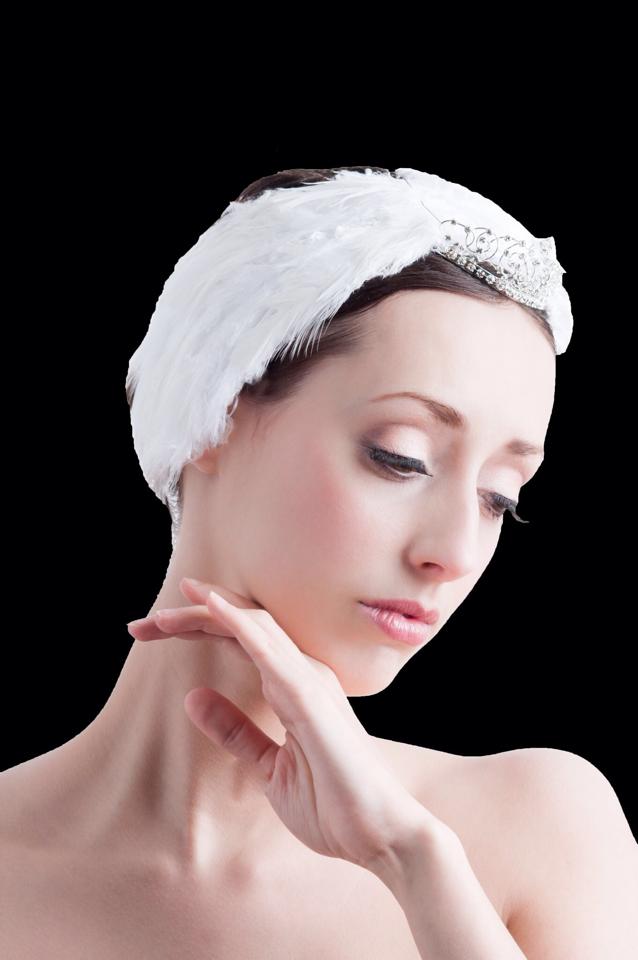 The lead, who is Abigail Morwood, will play both Odette and Odile, respectively the White Swan and Black Swan. Morwood will have to play two characters with drastic personalities. Rathburn said, “The White Swan is demure, scared, and shy. The Black Swan, however, is haughty, sexy, strong, and dynamic. The drama will be seen and emphasized with dancing.”

The cast of about 60 will tell the story of Odette and Sigfried. The tale can fall into the categories of folklore and fairy tale. The concept of good versus evil is highlighted along with the use of colors, light and dark, and the male protagonist being coaxed into marriage by his mother. Sigfried, a prince, is stubborn and hesitant when having to accept any thought of responsibility.

He goes hunting one night, and he comes across Odette, whom he falls in love with at first sight. The catch: by day, she’s a swan, by night she is a human. He coaxes her to come to a masquerade that his parents are throwing, wanting to showcase her as his bride-to-be after he dismisses the six possible suitors his mother has picked out for him.

Von Rothbart, the omniscient antagonist of the ballet, the devious mind who cursed Odette and her companions to swanhood, gets word of this and disguises his daughter, Odile, as Odette. Of course, Sigfried falls in love with the disguised Odile, and he eventually realizes his mistake.

The ending, however, is to be determined. Swan Lake has multiple endings. Romantic, tragic, and detrimentally tragic. There is truly only one possibly true happy ending. “I’ve reseached a lot,” said Rathbun. “I’ve decided what I wanted to do. This is the second time I’ve done this ballet, so I don’t plan on changing it, so you’ll  have to come to see it.”

With the true fate of Sigfried and Odette still up in the air, Swan Lake‘s notoriety and the quality that Syracuse City Ballet exudes should be enticing enough. Sure, it’s ballet and artistic storytelling.

And let’s not forget Tchaikovsky’s composition. All of the parts add up to an appealing display. “The music and the moving,” Rathbun said. “I still tear up at parts.”

Puppet Hand Jive for Avenue Q
Time to Rhyme with Seussical: The Musical
To Top