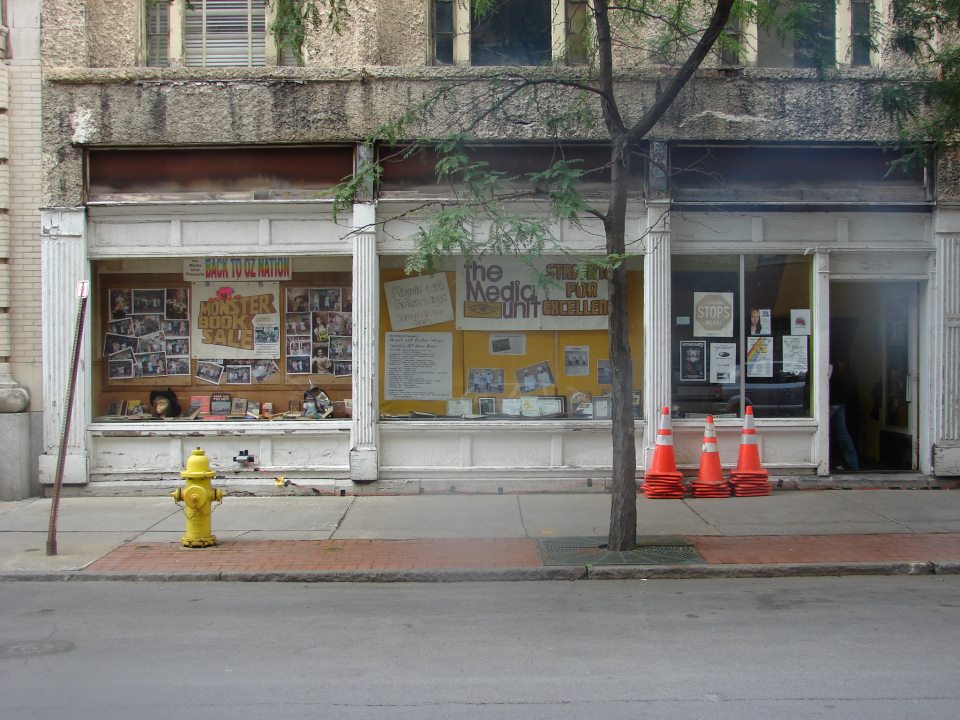 From the Back of the Bus Comes Back

Auditions for cast and crew Saturday June 28 (See Below)
The Media Unit’s tenth annual summer performance tour for the Syracuse Department of Parks, Recreation and Youth Programs this year is produced in collaboration with InterFaith Works to promote a dialog on race.

The 13 performance tour will reprise From the Back of the Bus with four performances at Syracuse Stage, three with audiences composed of a youth groups from the city and one from the county, and one for adults open to the public.

“In our society the issue of race will surface from time to time,“ Syracuse Police Chief Frank Fowler reflected on the collaboration. “During those times we have to examine ourselves to assess where we’re at on the issue. This program will start with youth and move on to adults.”

For Derrick Dorsey, director of IFW’s Community Wide Dialog to End Racism, and a Media Unit alum, the racial divide hovers as a sore in the community. “These dialogues will treat the sore, not the symptoms,” he noted. “They will create a positive shared experience, because we don’t know how to talk about race.”

From the Back of the Bus, an original music theater production on teens, racism and racial healing, was designated as Best Performance at the BeVard Festival and the Michael Harms Festival, was cited with Community Service Awards from the Syracuse chapter of the NAACP, the city-county Human Rights Commission, the Southside Business Association and Urban CNY, and presented with Syracuse University’s Martin Luther King, Jr. Award.

Cast and crew for From the Back of the Bus will earn $1,200 for the six week tour starting July 7.

Cast members must sing and dance.