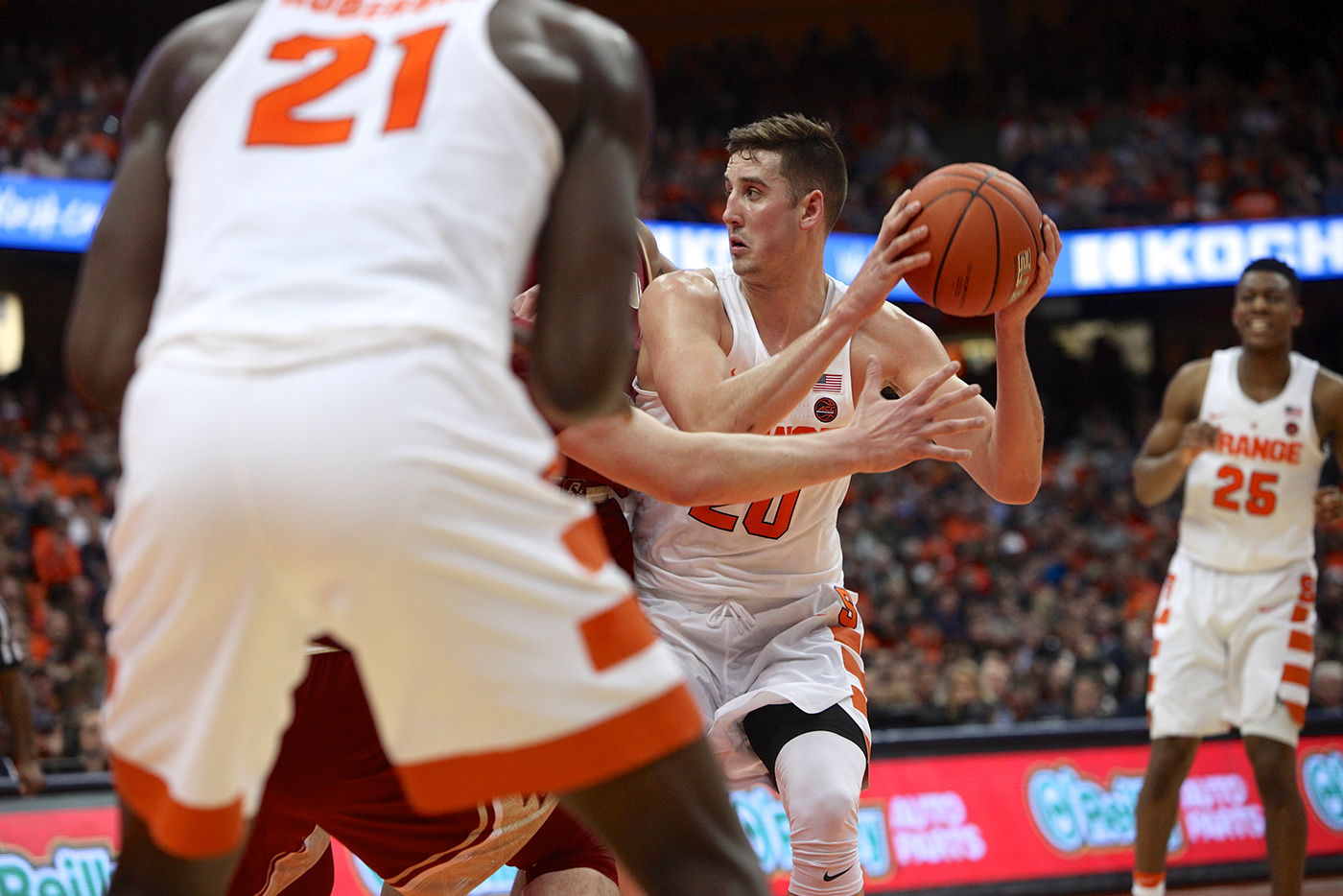 As the Syracuse University men’s basketball team heads into the most challenging part of its schedule, the Orange’s mission is clear: Move up in the RPI, or it’s R.I.P. for the team’s NCAA Tournament chances.

The RPI is the Ratings Percentage Index, which is a statistical way to rank teams based on their strength of schedule. Like it or not, the RPI is one of the key tools the NCAA Tournament Selection Committee uses to select and seed the 68 tournament teams.

Last year, the Orange received a No. 10 seed in the Midwest Region of the tournament despite a 19-13 record and a 1-5 finish to the season that seemingly wiped out SU’s impressive 8-1 stretch that followed a 0-4 start in the Atlantic Coast Conference. The NCAA Tournament Selection Committee chairman, University of Oklahoma athletic director Joe Castiglione, said the Orange received one of the 36 at-large bids because it had more wins (five) against teams ranked in the top 50 of the RPI than other “bubble” teams that were left out.

The Orange, of course, silenced all of the “bracketologists” who said they didn’t belong in the tournament by reaching the Final Four before losing to North Carolina. 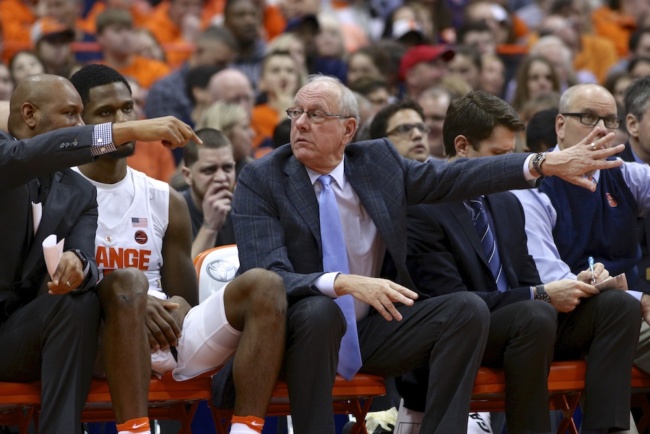 Jim Boeheim and the Orange look to defy the odds and once again make it to the NCAAs. Michael Davis photo | Syracuse New Times

This season, the Orange dug itself into a deep hole by losing five non-conference games for the first time in Coach Jim Boeheim’s 41-year tenure. Following Monday night’s 85-68 loss at North Carolina (No. 11 in the AP poll and No. 16 in the RPI), Syracuse was 11-8 overall and 3-3 in the ACC with just one win over a top-50 RPI team (No. 27 Pittsburgh). The Orange, incidentally, is ranked No. 149 in the RPI.

So, to at least equal last season’s “bubble” tournament resume, the Orange will need to win eight more games with at least four of those wins against top-50 RPI teams. The opportunity is certainly there because the ACC is loaded with quality teams. Of SU’s remaining 12 regular-season games, 10 are against top-50 RPI teams: No. 20 Notre Dame, No. 29 Wake Forest, No. 8 Florida State, No. 35 North Carolina State, No. 18 Virginia, No. 45 Clemson, No. 27 Pittsburgh, No. 9 Louisville twice, and No. 7 Duke.

“We need some big wins to boost our resume to get to where we want,” said fifth-year senior forward Andrew White. “So I’m looking forward to that schedule.

“It’s early. The momentum shifts in college basketball are so drastic and I don’t think this team is out yet,” White continued. “I think if everybody just brings their best every night, the season’s not over. But if we give up on the season this far in advance of the end, we’re not made of much so you always want to be optimistic in college basketball because it doesn’t take so much to get the ball rolling.”

After embarrassing blowout losses to St. John’s Dec. 21 at the Carrier Dome and at Boston College Jan. 1, the Orange bounced back with impressive home wins against Miami and Pittsburgh. A 10-point loss at Virginia Tech was followed by the Jan. 14 76-53 revenge romp over Boston College at the Dome before Monday night’s loss at North Carolina.

The common denominator throughout the season has been SU’s 2-3 zone defense. When it’s active and the players rotate and find the open man, SU has won the game. When it’s not, SU has lost, often in record-setting ways.

“Coach (Boeheim) said at the end of the game, Tyler (Lydon) did, too, this is our defense,” freshman center/forward Taurean Thompson said after the Boston College game. “If we play great defense at our best, we can beat anybody in the country. We truly feel that.”

“We have to know that the ACC is crazy,” Thompson said. “They beat us by 20 and we beat them by 20. Anybody can beat anybody. We just have to go out there and play hard. That’s it.”

Following SU’s ninth game, a 99-77 win over Boston University Dec. 10 at the Dome that lifted the Orange’s record to 6-3, here’s what Boeheim had to say about his Jekyll-and-Hyde team and its NCAA Tournament chances:

“What our record is doesn’t matter. If we play well the rest of the way and in the ACC, we’ll be fine. If we can’t play well the rest of the way or in the ACC, then we never got there. And that’ll be the answer. It is what it is. It isn’t what we think it should be or what we hope it will be. It’s what you see out there. We have glaring weaknesses and we have to get better. Period.

The Orange has played 20 games now, and Boeheim and the rest of us still don’t know where this team is going to end up. But as White said, and as we learned last year, things can change quickly and if that change means moving up in the RPI, then this topsy-turvy season can still have a happy ending.

“We’ve all worked for opportunities like this our whole lives, so I’m just going to go play as hard as I can and expect to win,” said fifth-year senior point guard John Gillon. “You’re where you want to be if you win games like that.”