The 2014 edition of the Syracuse M&T Jazz Fest was defined by the juxtaposition of new and legendary, blossoming and concluding. These qualities were obvious throughout the two-day festival held at the Onondaga Community College campus on Friday, July 11, and Saturday, July 12.

The opener of the weekend — Julia Goodwin, America’s Got Talent contestant and 2013 Michael Feinstein Great American Songbook winner — perfectly encapsulated these ideas. Her 30-minute set featured classics from Otis Redding and modern hits from The Script. And her impressively mature vocals, controlled and yet seemingly effortless, were complemented by her father on keys, John Goodwin. Although her stage show needed a boost to match her musical talents, there’s no doubt that this fresh-faced female has a successful career ahead.

Mark Doyle’s big band Guitar Noir set was complex, layered and a little more ambient than the sunny festival seemed ready for. The surreal sounds of dark, vintage film noir themes were thick with instrumentation, provided by an impressive group of local musicians. The greatest crowd-pleaser came with the set’s closer, a mash-up of the Rolling Stones’ “Paint it Black” and The Beatles’ “Eleanor Rigby.” 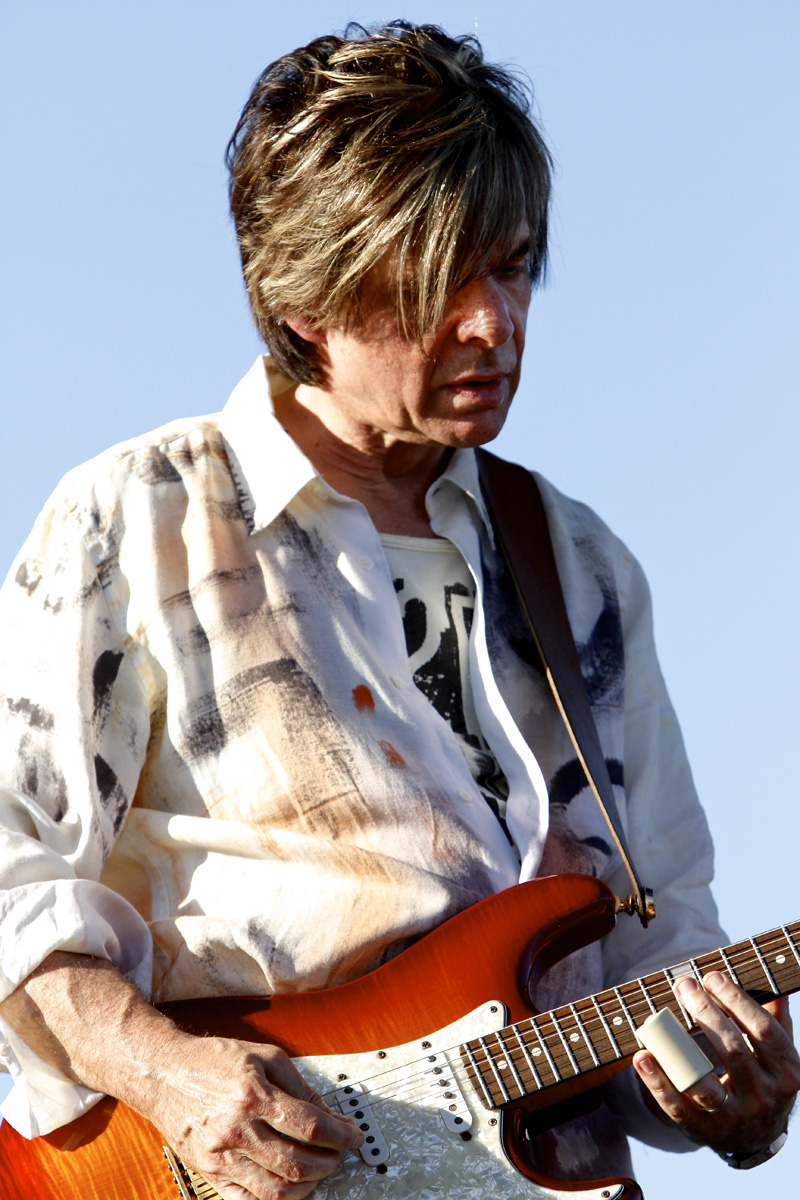 Big Bad Voodoo Daddy provided another example of old and new, as the modern group threw the audience back to the days of swing. The classy big band, dressed in full suits, placed emphasis on horns rather than guitar and motivated dancers amid the sprawling crowd to get on their feet. 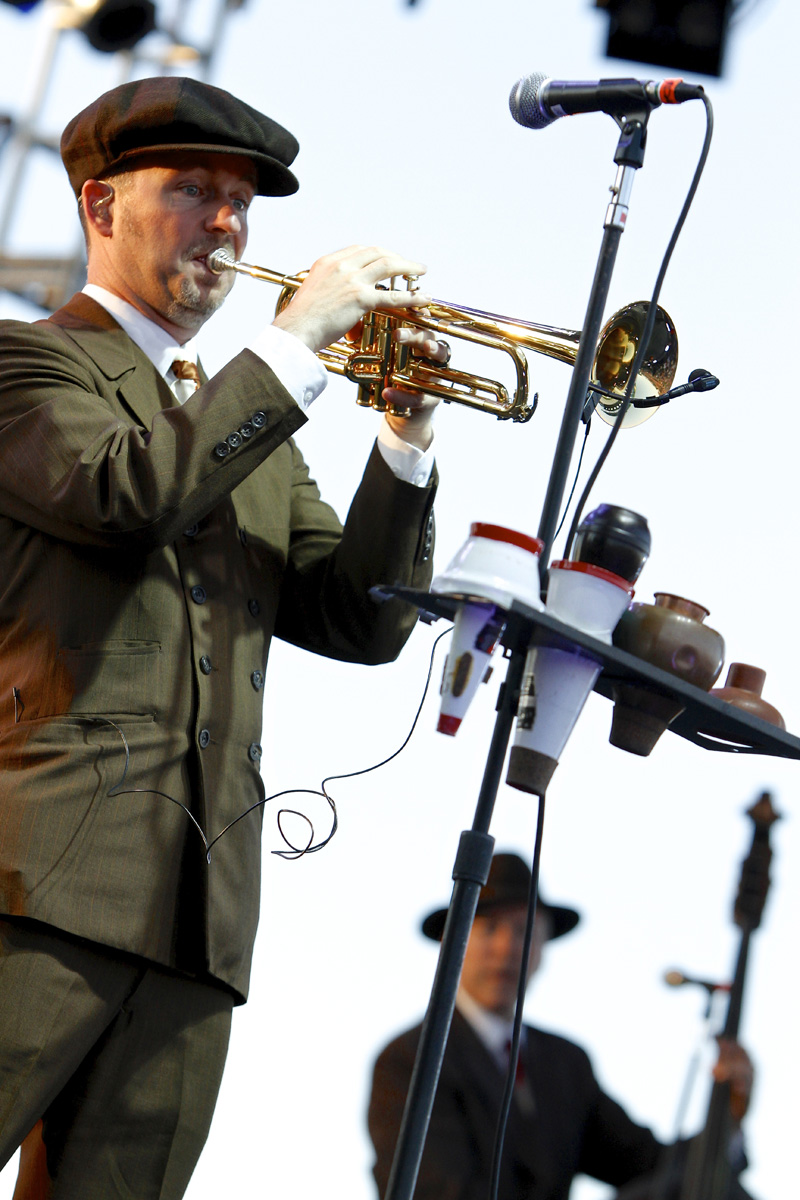 Friday night’s obvious favorite was the always-stunning headliner group, Trombone Shorty and Orleans Avenue. The explosive band delivered their swampy NoLa funk with power and punch, providing a show just as incredible to watch as to hear. Shorty, a.k.a. Troy Andrews, more than proved his chops on both trombone and trumpet. Yet he also amazed with his dancing and incredible vocals, along with circular breathing that saw him hold a trumpet note for more than three minutes.

Although the boys in the band looked barely legal, their performance was truly professional, as they mixed tricks amid their expansive repertoire that never felt overly staged or rehearsed. Their energy made it all authentic. Jazz Fest director and founder Frank Malfitano announced as they left the stage that they’d be back. Syracuse would be so lucky. 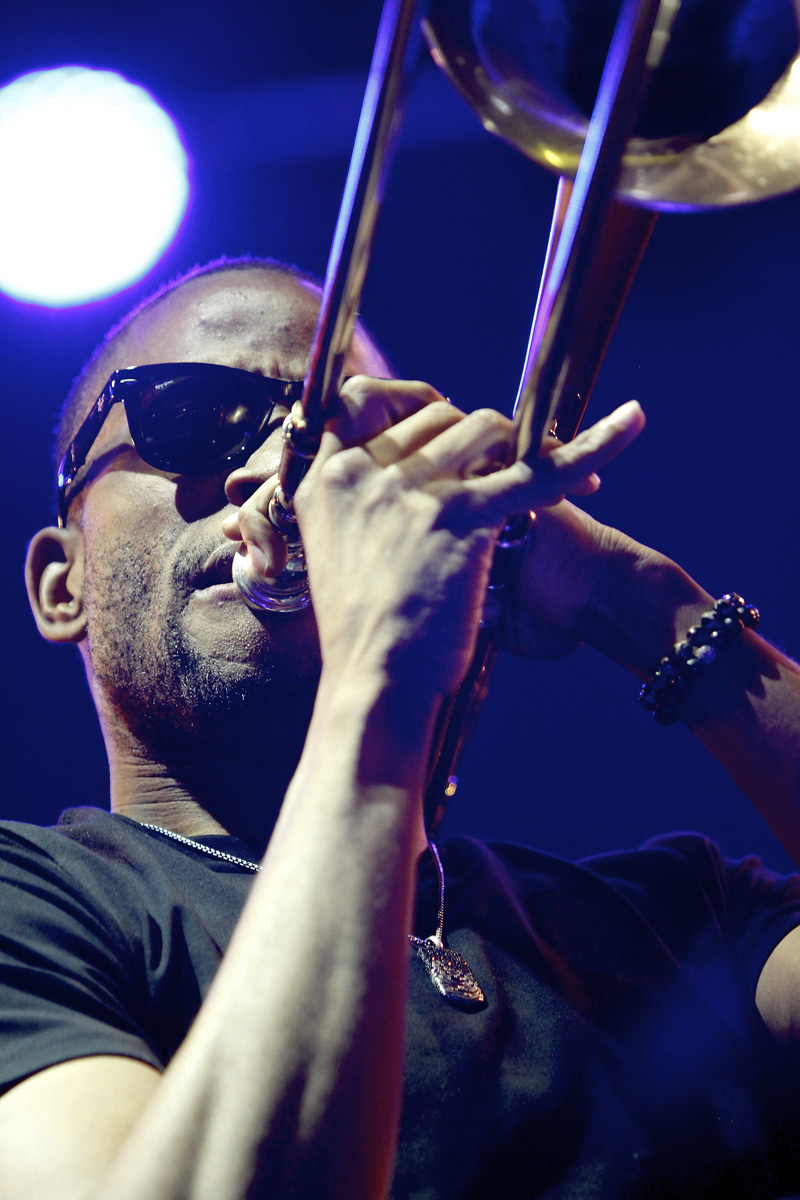 Saturday opened with another accomplished up-and-comer: Nick Ziobro, whose voice is perfect for his classic jazz choices and whose style and stage presence are brilliantly honed. At the tender age of 18, he’s already astonishingly comfortable when performing in front of thousands, and sure to entertain even larger crowds as his career grows. 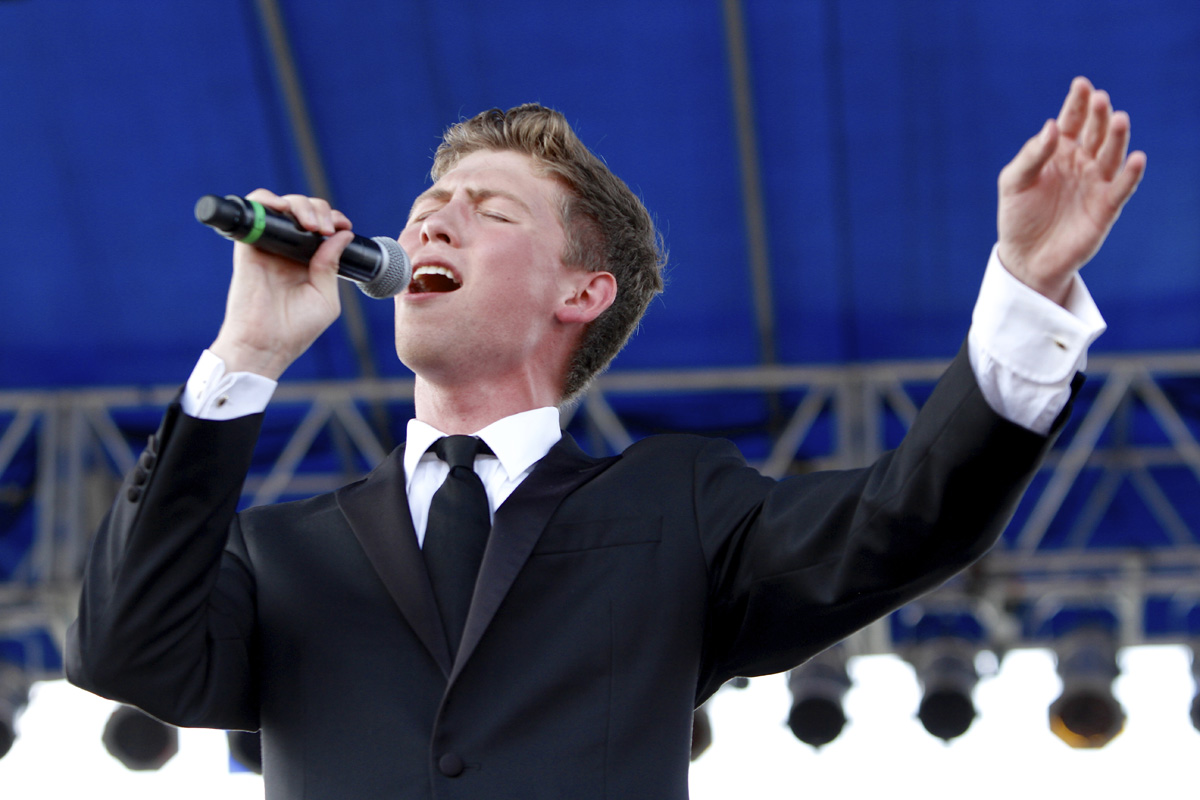 Coming all the way from Russia, Igor Butman and the Moscow State Jazz Orchestra offered audiences some of the best big-band jazz on the planet. Impeccably tight and sharp, the group delivered jazz in its purest sense. At the midway point of their set, they also welcomed Fantine Pritoula, a singer of Dominican Republic and Russian descent who sang with strength yet delicacy — and in several languages, too. Deep and rich, her vocals flowed like water and rested perfectly on top of the band’s music, complementing but never competing. 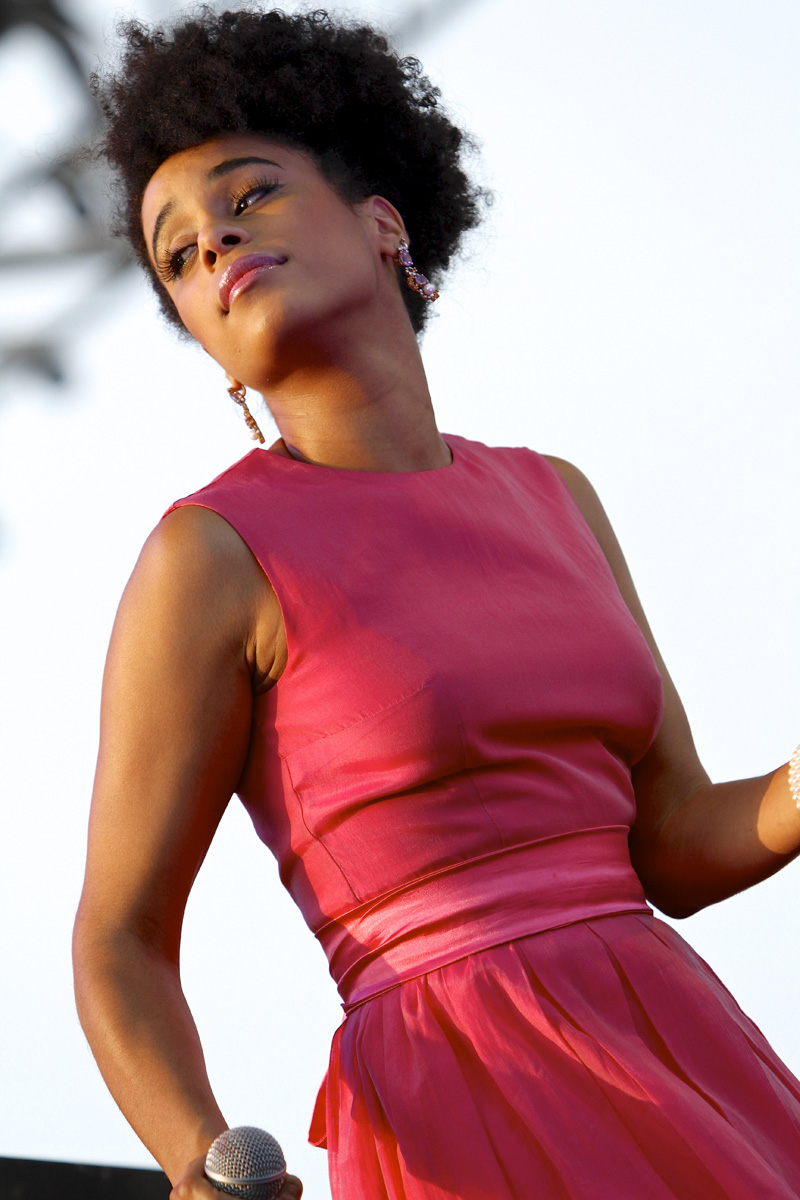 Then the stage dropped from big-band to solo, as Raul Midon ably proved his place in the lineup. His impeccable vocals (reminiscent of Stevie Wonder), creative guitar work, vocal trumpet solos and percussion additions were jaw-dropping. Beyond that, his songwriting is an amazing mix of brilliant lyrics and unexpected twists. Vocals popped in unlikely places as his guitar work moved fluidly beneath. And while he gave the audience a disclaimer that he’s not very good on piano, his stunning keys piece, “Listen to the Rain,” had eyes misty throughout the crowd. 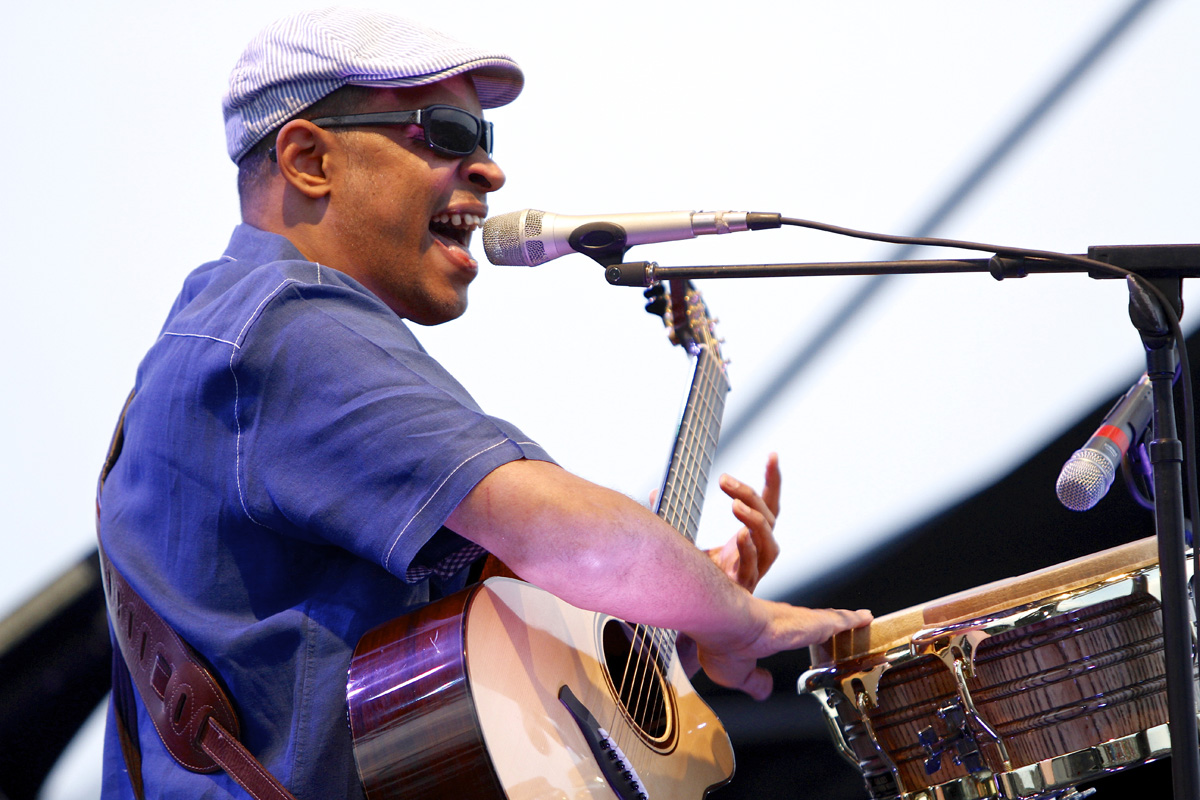 Concluding the night was the act that drew upward of 30,000 to the OCC hill: B.B. King and the B.B. King Orchestra. The band is fantastic, as each seasoned member demonstrated his graceful versatility as they took turns soloing before King mounted the stage. When their leader arrived, about 20 minutes into the set, the crowd was appropriately on their feet to welcome the legend.

At 88 years old, seeing B.B. King in 2014 is just about seeing the King and recognizing his gift to the world. To say there’s a guitar player on the planet unaffected by his contributions to music is impossible. His influence is unbounded, reaching musicians of all types through the thousands of also-influential musicmakers he has touched and through the lineage that resulted. His importance reaches through decades and generations. 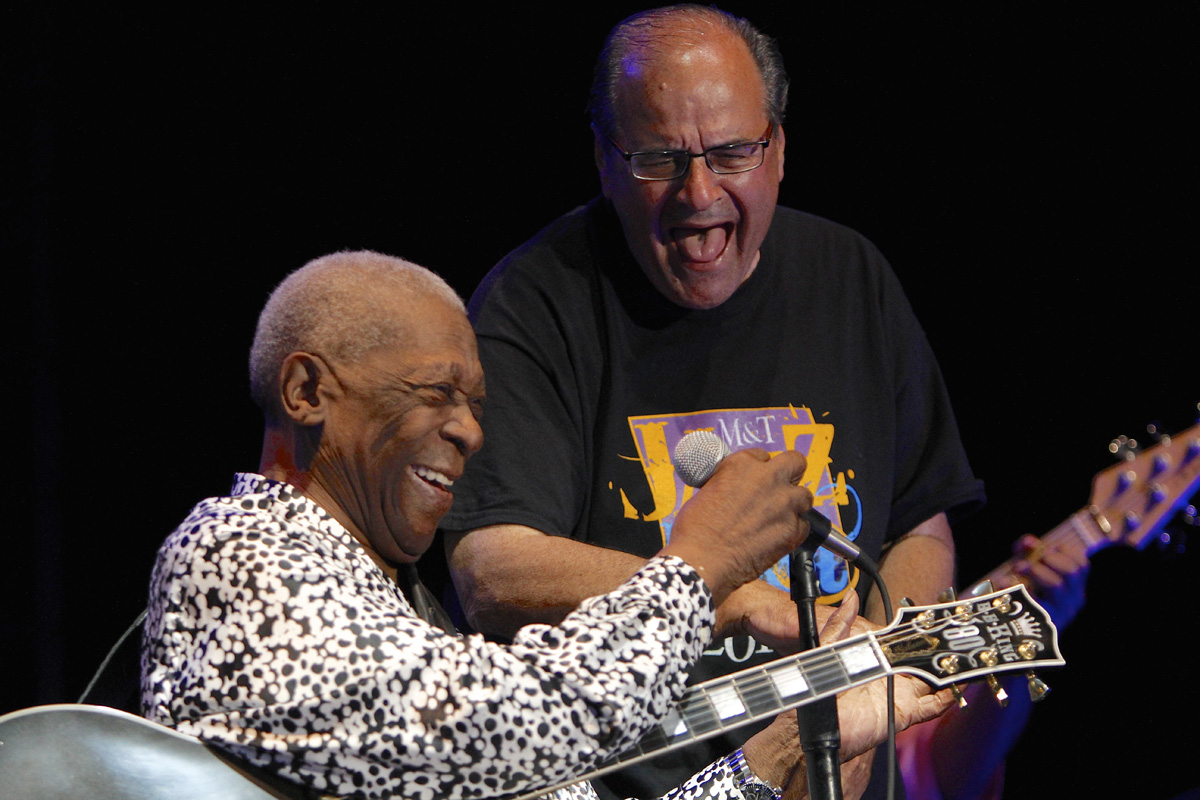 The Arts Across Campus Legends of Jazz Series for 2014-2015 was announced during Jazz Fest. The concerts will take place on Fridays at Onondaga Community College’s Storer Auditorium.

The series will feature:

For more information and to purchase tickets, visit srcarena.com or call 498-2772.