Kramer’s 1969 Buick is still fussing about wanting a new owner after a visit to the Bouckville Classic Car Show.

I don’t mean to sound like a diva. Bouckville’s nice in a rural sort of way. Great antique shopping. Delightful people — all nine of them. But talk about getting cam-shafted. A decade ago I was roaring along Pacific Coast Highway, a younger, fully employed Kramer at my helm as the sun set off Laguna Beach. And this past weekend? Kramer imprisoned me inside the Car Corral at the 2nd annual Bouckville Classics car show. He popped my hood and let the Lookie Loos have their way with me. I felt like an object, a commodity. Men are gross.

But I’m racing ahead of myself. In case you forgot, I’m Electra 225, Jeff Kramer’s 1969 Buick. I posted a personal ad here last month looking for a new owner. In my ad I talked honestly about how Kramer and I have drifted apart after 14 years. My ad was remarkably civil and grown-up considering. The only time I might have gone too far was when I described Kramer as a dumbass and implied that his after-market equipment is undersized. 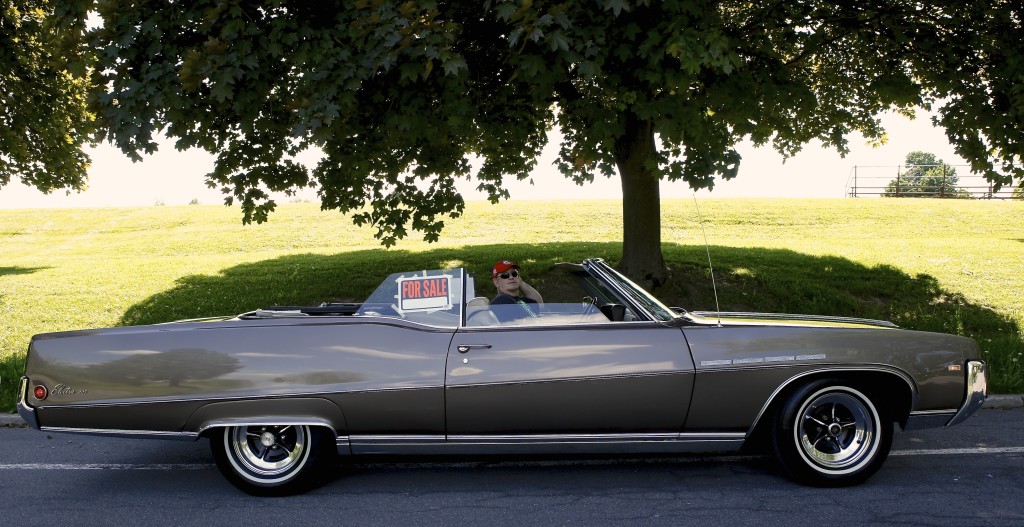 Kramer reacted to the ad the way he reacts to everything: like a child.

First he gave me a self-serving lecture about clearing any comments to the media with him first. Then he drove me to Bouckville without so much as checking my oil. He plunked down in a lawn chair, opened a beer and let the wolves have at me. Unshaven men with more time than money ogled my intakes, asked if my skirts came off easily and assessed my trim. One Prince Charming even asked how much I weigh. If you must know, I’m 4,300 pounds, but I have a pretty face and a great personality.

The actual car show — versus the “Car Corral” — was lovely. Hundreds of stunning, vintage rides with engines so clean they make Switzerland look like a toxic landfill were lined up in the Cider House Show Field. This was a competitive event with awards and trophies – but I wasn’t part of it. Had Kramer taken care of me the way a real man should, paid a little more attention, replaced a section of door molding now and then, I could have been a contender.

Instead I was plopped in Primer Pasture, stuck between a faded Chevrolet Caprice and a 1961 Corvair — the car that inspired the book Unsafe at Any Speed that launched Ralph Nader’s career. Nice neighborhood. 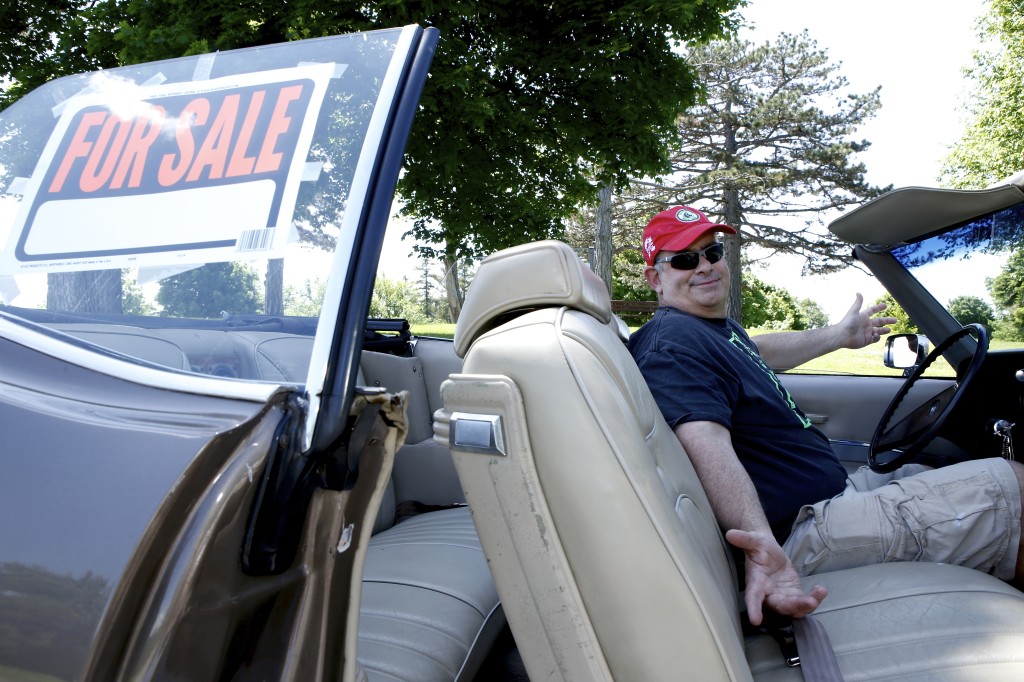 I generated interest but no offers. I heard a lot of excuses about not enough garage space. One tire-kicker pointed out a trace of blistering on my rear end.  My choke was closed or I would have challenged him to pull down his pants and show us his caboose. A lot of warts and hair I’m guessing.

It wasn’t all like negative. Everyone thought I looked good in taupe. A few people took photos of me. One very sweet lady, Christine Reedy, who was visiting from Wyoming, asked incredulously of Kramer, “Why are you selling it?”

Kramer mumbled some malarky about his wife and kids not being “into” me — something he made up on the spot to cover the fact that he doesn’t know what he’s doing or why.

“Keep the car — ditch the wife and kids!” Christine advised him.

Hello!! Like, I haven’t been telling him that for years.

Sometimes I wonder if Kramer has me confused for one of those airhead Corvairs. He talks a great game: How the weather in Central New York is unreliable for a convertible, how he’s losing his mojo to keep improving a classic. But then I see him practically drool on a 1963 Chevy Bel Air convertible or a ’67 Ford Ranchero — a Ranchero, for God’s sake! — and it’s pretty clear I’ve wasted the last 14 years of my life on a putz. It makes me want to blow a gasket, but I’m too mature to pull a stunt like that.

Not until he has a serious buyer lined up.