When Lyons visits Homer’s Center for the Arts on Saturday, Jan. 25, he’ll bring a different group of world-class musicians with him: The Poor Fools. “I never know what will happen,” Lyons warns. “We’ve got Tommy Byrnes, Billy Joel’s guitarist, and Jukes bassist John Conte, but I don’t know who will show up.”

The band loosely formed a few years back when Lyon was seeking an acoustic project that would allow him to mine under-recognized and under-performed songs, both originals and covers. The concept leaves space for the players to test their chops on various instruments, bringing new life to the music and new challenges for the performers.

“There’s no horn section,” Lyon explains, “so the volume is a lot lower. You can’t believe how loud horns can be, and then everyone raises their volume to equal them {in the Jukes}, and everyone’s loud, anyway. In this, I can do a song by myself or if somebody else wants to do a song, they can.

“We switch up instruments,” Lyon continues. “We joke that the only reason the band exists is so we can all play a song on drums. Tommy {Byrnes} plays drums, piano, guitar, acoustic; it’s just that everybody switches around. And if someone wants to do something we don’t know, we can. Wherever you want to go, you can go. And the audience is quiet, so it’s not like you have to jump out and grab them. They’re there to listen. They’re patient with you.”

The result is a more intimate, and perhaps more intricate, performance. And while the musical chairs might sound daunting, Lyon chalks it off to the pedigree of the musicians that he has rallied.

“That’s the thing,” he says. “When I look at the musicians around me, there’s nothing I can throw at them that they can’t hit. They know thousands of songs and if they don’t know it, they hear it once, go through it one time and they’ll know it. It challenges me, too. I know thousands of songs: Cole Porter to Tom Waits. There are songs inside of me that I let come out now.”

Unexpected covers include George Jones’ “The Grand Tour” and tracks from the Wood Brothers and Emmylou Harris, albeit sung by Lyon’s gravelly voice. “I don’t sound anything like her,” he says of Harris. “People wonder what’s going on. But it opens up a whole world of music to you. And you can’t screw up so much that people will hate you. And if you do, there’s always other songs in your pocket you can go to after you screw up. You can always bunt!” 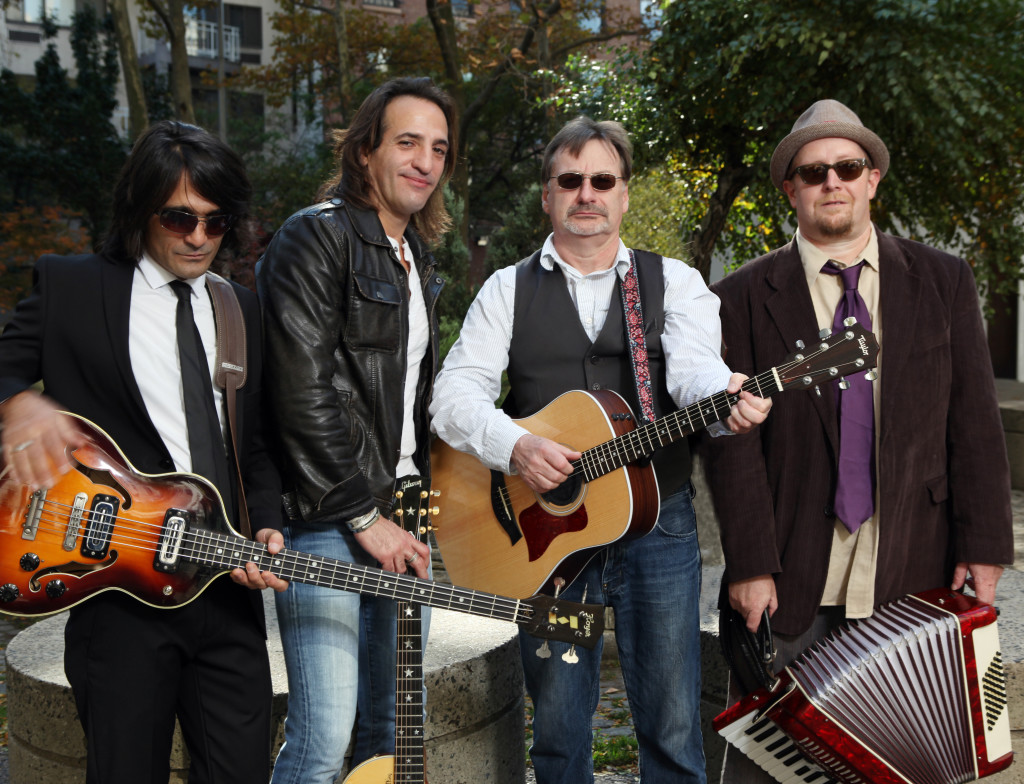 “When I look at the musicians around me” says Johnny Lyon (third from left) “there’s nothing I can throw at them that they can’t hit.”

Last February the group released Songs From the Barn, recorded from December 2011 and December 2012 between Jukes’ and Fools’ heavy touring schedules. The disc shows off six originals and a group of covers from Randy Newman, Bob Dylan, Bo Diddley, Lucinda Williams and Alvin “Shine” Robinson.

But the new project doesn’t mean the Jukes have slowed down, either. After more than 30 albums to their name, the band still tours regularly, bringing their New Jersey attitude around the world.

“When I was coming up in the mid-1960s, there were so many bands and places to play in New Jersey,” he says. “But outside of Jersey, everyone made jokes. It made for a real attitude of, ‘I’ll show you.’ I think that helped us make a name for ourselves. It motivated us to shove it down their throats. You need that tenacity. If your band is doing well and you’re on the road, you’re coming to shows and you’re tired. You fought with your girlfriend, you’ve got a cold, you don’t want to play–but you need to play. And you need to kill. That might be the only time some people will see you.

“That Jersey feeling of everybody’s against you, you need to kick ass,” Lyon sums up. “Everybody makes fun of the state so you need to prove yourself. Other people from Los Angeles or New York City or San Francisco think, ‘I’m from New York. I’m cool already.’ If you’re from New Jersey, you’ve got to prove you’re worthy.”

Advice from the Artist
“If you don’t love it, don’t do it. It’s too hard. Pursuing a career in music is like pursuing one in motion pictures. It’s a lot of stress and rejection. Unless there’s a moment on stage or in the studio or when you’re writing that you say, ‘This is what I want to do,’ stay away. To actually have a career and make it your sole way of living, you have to have a deep love for it.”