Jay Nash has paved his way through the music industry the traditional way, with years of touring, 10 CD releases to his name (plus collaborations) and a true musician’s tenacity. But his journey began not that far away from Eastwood’s Palace Theater, where he’ll open for Martin Sexton on Friday, Jan. 24.

Nash, originally from Manlius, now lives in the upper valley of Vermont. He spoke with the Syracuse New Times about opening for Sexton, finding new inspiration and his tween-age existential crisis.

What was your first Syracuse gig?

I played my first club gig ever at the Lost Horizon, then a bunch of places that probably don’t exist anymore, and school events, dances and talent shows. My junior and senior year of high school, my band was basically a Grateful Dead cover band and we threw a big show on the tennis courts in Fayetteville for 400 or 500 kids.

According to your website, you discovered music through an existential crisis.

When I was a kid, 11 or 12, I had this existential crisis. I was contemplating the idea of infinity, the vastness of the universe and was paralyzed by those wonderings. But it was really as simple as hearing this music of the Grateful Dead–Skull and Roses, on one side of a Maxell 90-minute cassette tape–that triggered something in me and made me feel as though I was not alone in the universe. It was really comforting and inspiring.
Cat Stevens was on the other side of that 90-minute tape and the song “Sitting” acknowledges mortality: fear of the unknown. He was having the same concerns as me, but 30 years ago when he wrote it. I found comfort in that. I found myself in my adolescence identifying more with records than anyone or anything in my life. My relationship with music deepened.

But you didn’t go to college to study music.

I went to college to study engineering and tried to have a normal existence. But I went back to music. I finished school, took the big eight-hour comprehensive exam and that was my last engineering effort. From there, I took what little savings I had, graduation gifts, and I made an EP of songs and moved to New York City and took only what I could fit in a Honda Civic.

Had you been writing music?

I played in a lot of different programs at Fayetteville-Manlius High School: jazz ensemble, sang in choral groups. And then when I was 15 I started getting more seduced by guitar. Primarily because when you’re playing guitar your mouth is free to sing melodies and words. It’s a much more freeing medium to work with. On sax, you’re limited. But I didn’t write any songs ’til the very end of my senior year of college. I went into the studio to record an EP and wrote the songs on the spot. It’s hilarious in retrospect. I was so naïve to the fact that was not how it was done, but I didn’t stop long enough to doubt myself. 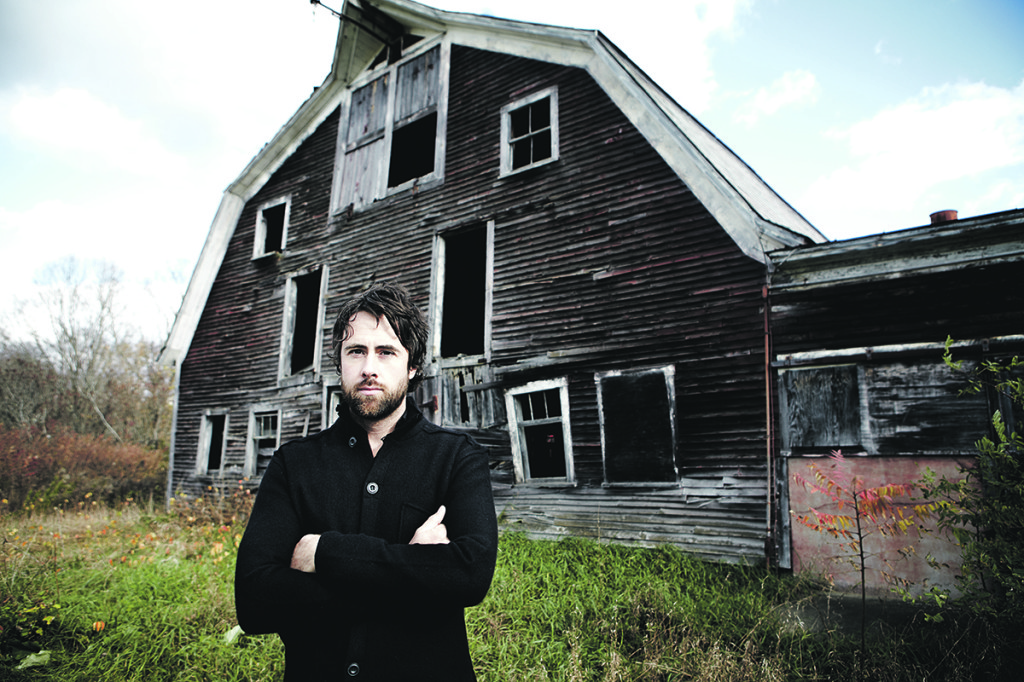 Jay Nash: “If you’re not learning and changing, I guess you’re dead.”

How did you make it work in New York City?

I went there with no plan, really. I moved into this terrible apartment, renting a room with a strange character who lived with this cat. I had a room about 6 by 8 feet, way up on 116th on Broadway. I had no plan other than to play. I immediately started pounding the pavement, dropping my CD at every bar. Within a few months, I got a nice schedule of playing gigs. When it was looking like I’d fall short on rent, I’d hit the subway and play ’til I had enough change in the guitar case to pay rent.

How did you end up in Los Angeles for nine years?

I met up with a manager in New York who had big plans to help get me signed. I was talking to different record labels and thinking about jumping in, but I jumped ship instead and went to Wyoming to be a ski bum for a few years with friends. Eventually I found my way to LA in 2001, intending to stay for a few months. That’s where it really started. It wasn’t until I moved there that I started getting more serious into the craft of writing songs and making records. It was a great time to be there, too. I started a little venue, Room 5. And there was a great community of songwriters and people getting started at the time. Many are famous now. There were lots of people doing really cool things.

Things were cooking for you in Los Angeles. Yet you moved to the boonies of Vermont.

My family and wife’s family are both on the East Coast. We were spending a good bit of income to fly back and see them. And LA, as beautiful as it is, if you’re an upstate or East Coast kid, it never totally feels like home. You just gotta go home. The cost of real estate is much lower in Vermont and quality of life is much better. At the time, I was making a living from the road–not in LA, anyway.

What are you working on these days?

I built this studio in my house and do quite a bit of composing work for TV and film. I produce other artists. I can do my work without having to rent a studio. It’s worked out pretty well. Playing as many tour dates as I do, it’s nice to go back to someplace quiet. It’s a crazy life going 1,000 miles an hour.

You released your 10th album this year. Why did you do it all without a major label?

Tenth studio release: seven full lengths, three EPs. And there’s been a lot of other collaborative projects over the years and all without a major label. I make all of the records independently. Quite a few, including collaborative project stuff, ended up being licensed to medium-sized labels, but they all started out and were financed independently, which I tend to recommend. That’s the way to do it. It’s good to galvanize who you are and what you want to say before taking a loan from somebody who’s probably going to want to have their input respected.

What continues to inspire you to write?

Each day you’re alive you get closer and closer to figuring certain things out. You see things in different ways. Those things inspire you. If you’re not learning and changing, I guess you’re dead. So it’s just as my experience on planet earth continues and my worldview expands, that I hope I continue to have interesting things to say. It’s always a reflection of my experiences and they’re always changing.

You’ve been experimenting more musically, too.

I’ve been playing a little more of everybody else’s part: keys, bass, drums, lap steel, mandolin. Some work that I’ve been doing, music for television commercials, is 15- or 30-second projects. But they’re realms out of my wheelhouse. One day I need a big band sound, the next I have to sound like Creedence Clearwater Revival, the next is reminiscent of Coldplay or a string quartet. Every time one comes up, it’s a focused project and I get to study this different thing, then take that back to my own record–a new color on the palette to use.

How does it feel to open for Martin Sexton?

I’m a huge fan, and I have been for a long time. I discovered music back in 1999 when I was just starting to play. I eventually saw him live and was completely blown away. His concert completely elevated my expectation of what a folk singer should be capable of in a live setting. I have not really seen anybody come close to what he does, to be honest. I’m really excited about it. This will be the first show that I’ve ever opened for him. And being in my hometown. . .  I haven’t played Syracuse since 2009.

Tell the truth and surround yourself with people who inspire you.
There’s lots of great music being made. It might not be selling millions of copies, but it’s being really well crafted and made. People are returning to quality songcraft and really learning to play instruments again. There was a little bit of a void; people started making records with computers and relying on that. In the last few years there’s been lots of the live craftsmanship. That inspires me.